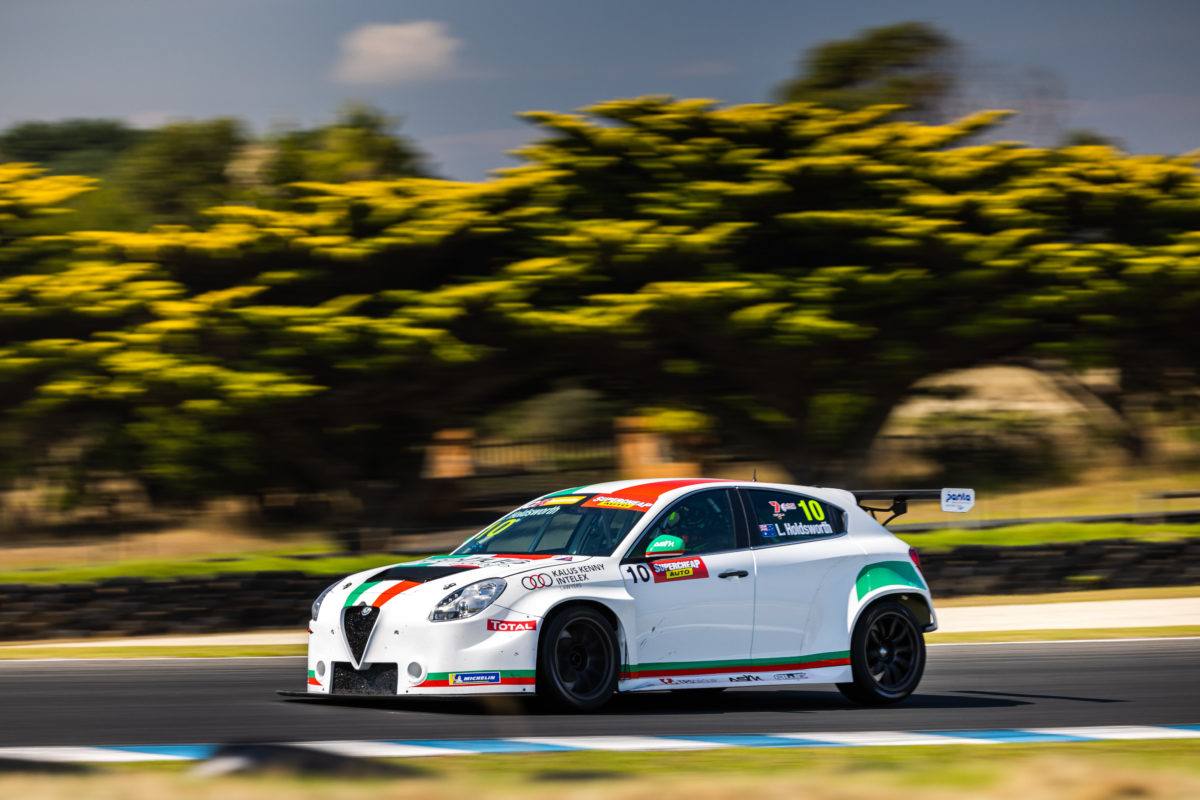 Lee Holdsworth has pipped Michael Caruso by less than a tenth of a second in Practice 2 for Round 2 of the Supercheap Auto TCR Australia Series at Phillip island.

Holdsworth ended up with the fastest two laps of the 25-minute session in his Ashley Seward Motorsport Alfa Romeo, the better of those being a 1:37.7023s.

Caruso, in an Alfa Romeo out of the Garry Rogers Motorsport stable, managed a late 1:37.7924s, while Wall Racing’s Tony D’Alberto finished third again in his Honda.

While that session saw most of the action unfold in the first 15 minutes, the latter hit-out was decided in the final seven minutes.

Mostert looked set to respond shortly after, setting a then-fastest first sector, but lost time to the second split and ultimately pitted.

Holdsworth did go on with a quick lap, logging what would be the very fastest time in the 22nd minute of proceedings.

The Walkinshaw Andretti United Supercars co-driver looked like he might go faster again two laps later but ultimately checked in with a 1:37.7302s, 0.0279s off his own benchmark.

Nathan Morcom crept up to fourth with a 1:37.9535s completed while the chequered flag was out in his Hyundai.

Qualifying 1 will be held tomorrow from 09:55 local time/AEDT, followed immediately by Qualifying 2 for the 10 fastest drivers.