The daughter of Australian rallying legend Simon Evans will make her racing debut in the opening round of the Kincrome Motorsport Australia SXS Championship at Rainbow in western Victoria this weekend.

Eden Evans, 23, a nursing student, will swap her nursing scrubs for a new race suit when she lines up beside her father and brother Jackson in a new three-car Kincrome-backed Polaris team.

She has just completed the first part of her nursing placement at Mulgrave Private Hospital in Melbourne and will complete her studies at Bass Coast Health in coming weeks before hopefully picking up a full-time position by mid-year.

Rainbow, 400km west of Melbourne in the Wimmera Mallee region, will have its regular population of 638 almost double overnight when the SXS circus rolls into town.

“To be honest, I am a little bit nervous with it being my first round,” admitted Eden.

“I have had a couple of practice runs in Dad’s backyard and given it my best shot.

“It will be cool to be out there on the real track with people next to me. We will see how we go.

“I have been around the sport of rallying and SXS racing all my life and to be heading into my first year of competition with a naming rights sponsor like Kincrome is a little surreal to be honest. 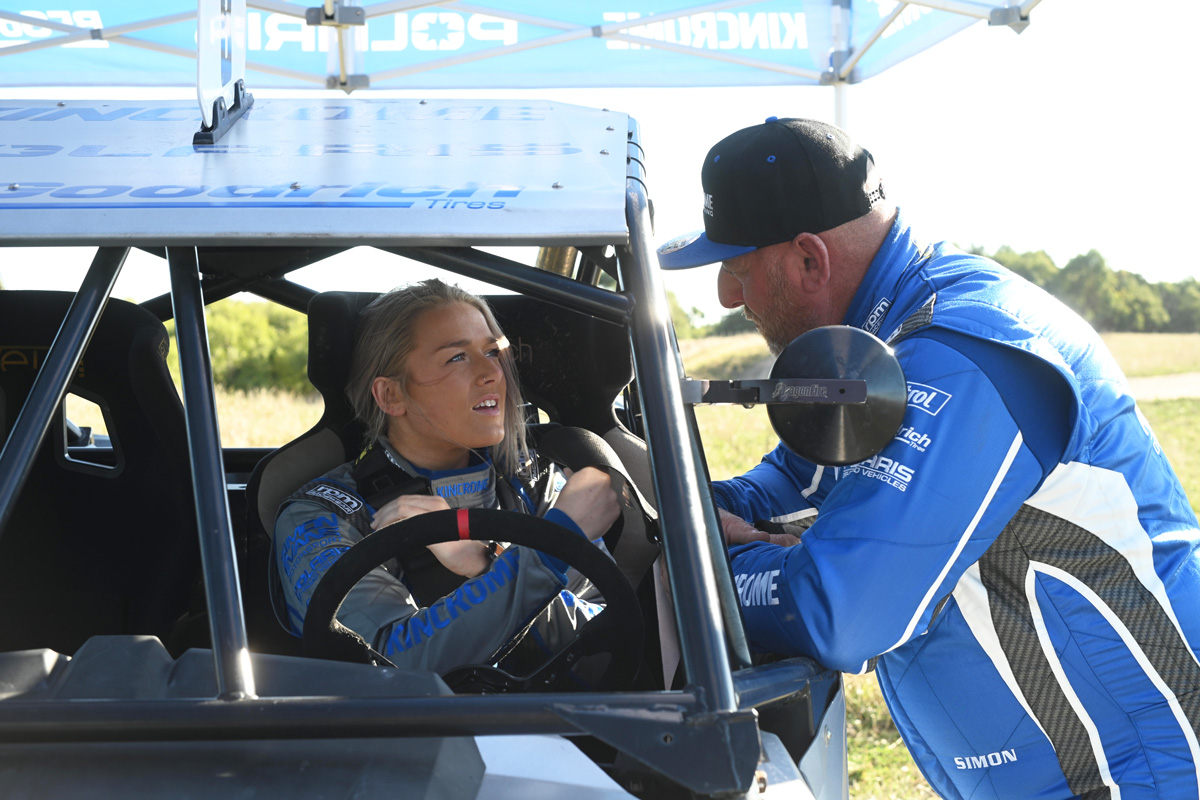 Eden Evans with her father Simon

“I have a lot to learn both in and out of the Polaris RZR, but I have some great people around me and I cannot wait to get out there racing.”

Simon is regarded as one of the best talents to come out of Australian rallying, having won four national titles for three different manufacturers.

He actually won the SXS championship in 2018, before losing the crown to Jackson the following year.

Simon is pretty candid about how he is feeling heading into this weekend’s event.

“For me as a team owner and father I am really nervous,” he admitted.

“I know she is going to crash it. She is aggressive, fast and sometimes, more than often, she is out of control.

“So yes, I’m nervous, but the car is so good and I know she will be safe. She is going to have a ball and is going to be one to watch.

Jackson will be out to defend the 2019 title after COVID-19 destroyed last year’s championship.

Ironically, Jackson was to be married a couple of weeks ago before a COVID-19 lockdown interrupted his plans, which had to be rescheduled to last weekend (March 6).

He works full-time preparing the team’s cars and has spent a lot of time driver-coaching his younger sister.

“It’s going to be awesome to have my sister Eden out there this year,” said Jackson. 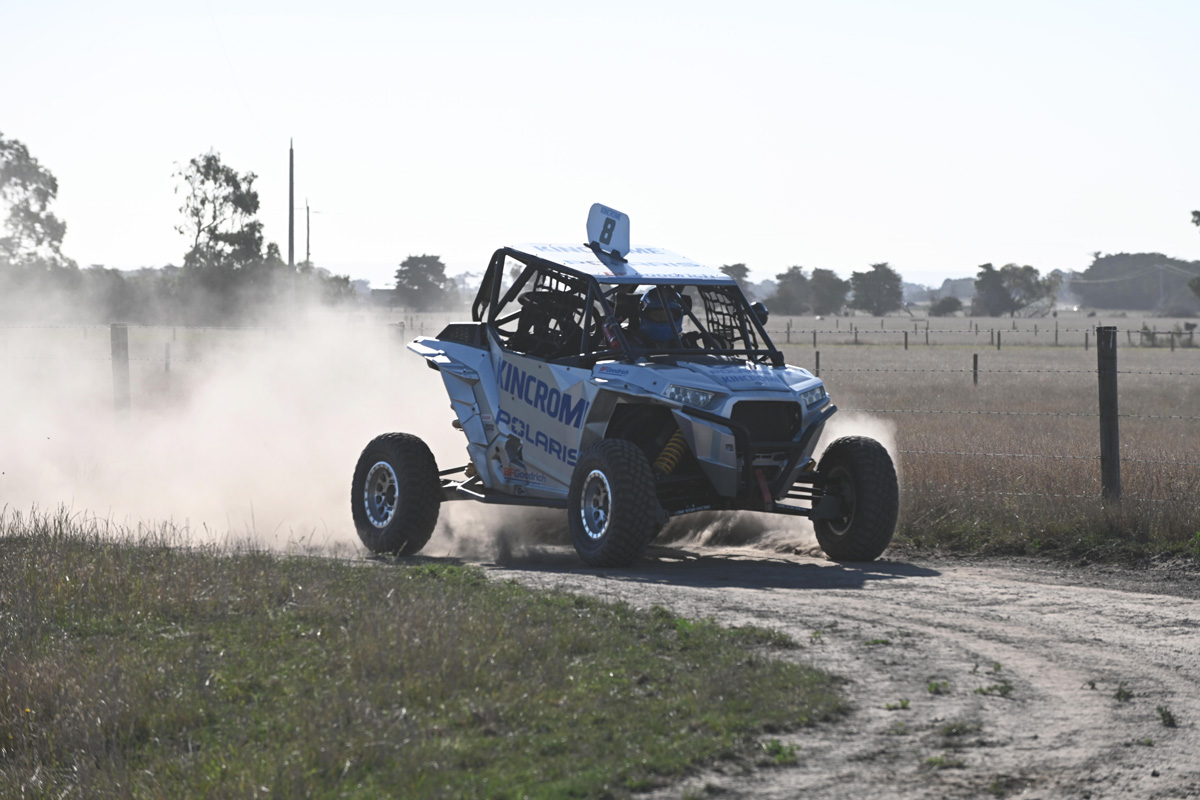 “Hopefully if I am coming up on her, I am actually lapping her and she has not managed to race her way in front of me.

“If she gets in the way I will get on the horn for a bit and if we have to give her a little nudge to get past her, I am sure she will understand.

“I have had a lot to do with building her car and developing her skills and I cannot wait to see her out there pushing as hard as she can and, hopefully, keeping it on all four wheels.

“If you do see it turned over I have put a few cool stickers underneath it you will be able to read.”

The weekend kicks off in downtown Rainbow from 5pm tonight with scrutineering and a mini festival.

Saturday’s event will involve two 100km races on a 8.3km outback track which will throw up a mixture of sand and gravel surfaces.