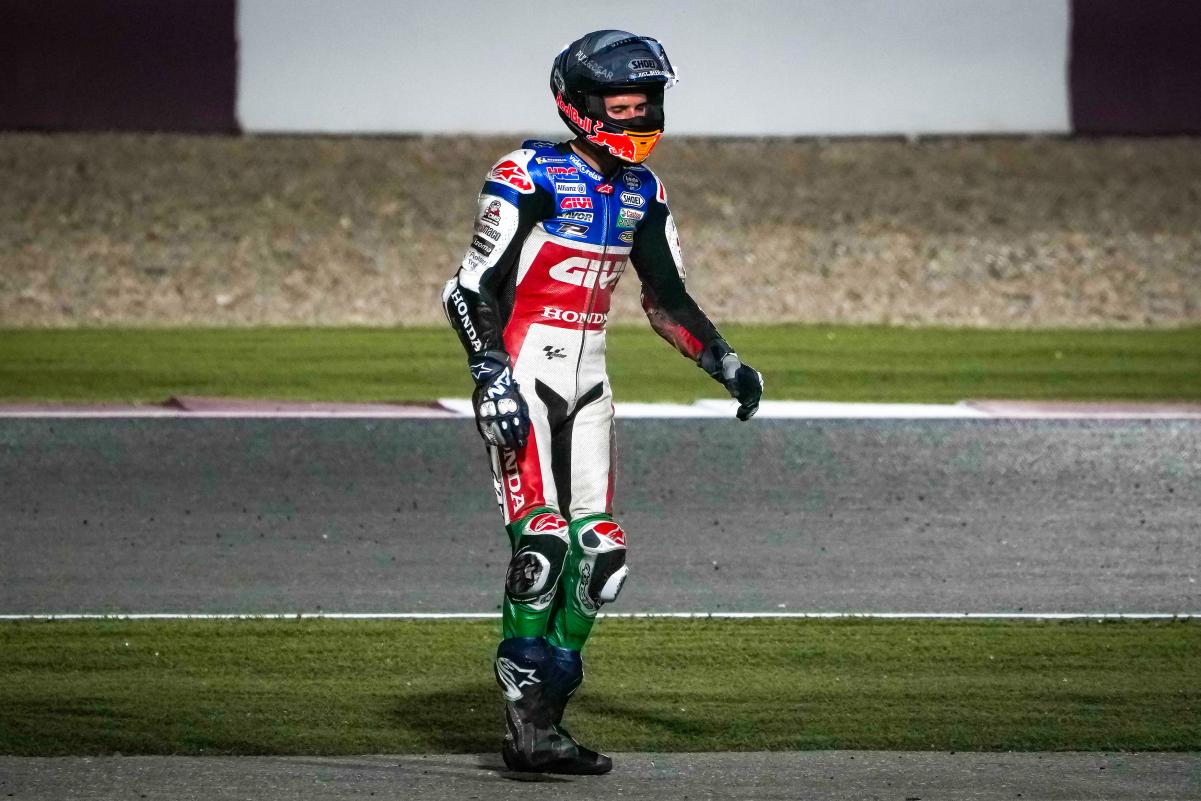 Alex Marquez walks away from his highside. Picture: MotoGP.com

Alex Marquez has been declared unfit after a highside but hopes to be able to ride on the final day of MotoGP pre-season testing.

Marquez highsided his Castrol LCR Honda at Turn 9 of the Losail International Circuit on Day 2 of the second Official Test, bringing about a short red flag period.

Having been taking to hospital for a mandatory check-up, tests revealed a two-millimetre facture to the fourth metatarsal of his right foot.

However, Marquez has raced with a small fracture before and will seek to convince the doctor in question that he can ride tonight (AEDT) if the weather makes such an endeavour worthwhile.

“I was trying some important things again during the first part of the session because that part of the day is not for making laps because conditions are so different, and we will not have those conditions during any practice in the [race] weekend,” he recounted.

“I was focused on many things, and then I put in new tyres to make a time attack because it’s something I needed to improve. Making the time attack, I crashed. [It] was a highside in Turn 9, fortunately I’m OK. I have a small crack in my right foot.

“At the moment I’ve [been declared] not fit from the doctor but tomorrow, if we have a good weather and good conditions, I will try to push the doctor to [pass me] fit because I feel good, I already race with this broken.

“I think it will not be a problem to be on the bike. But it’s a special doctor here in Qatar.” 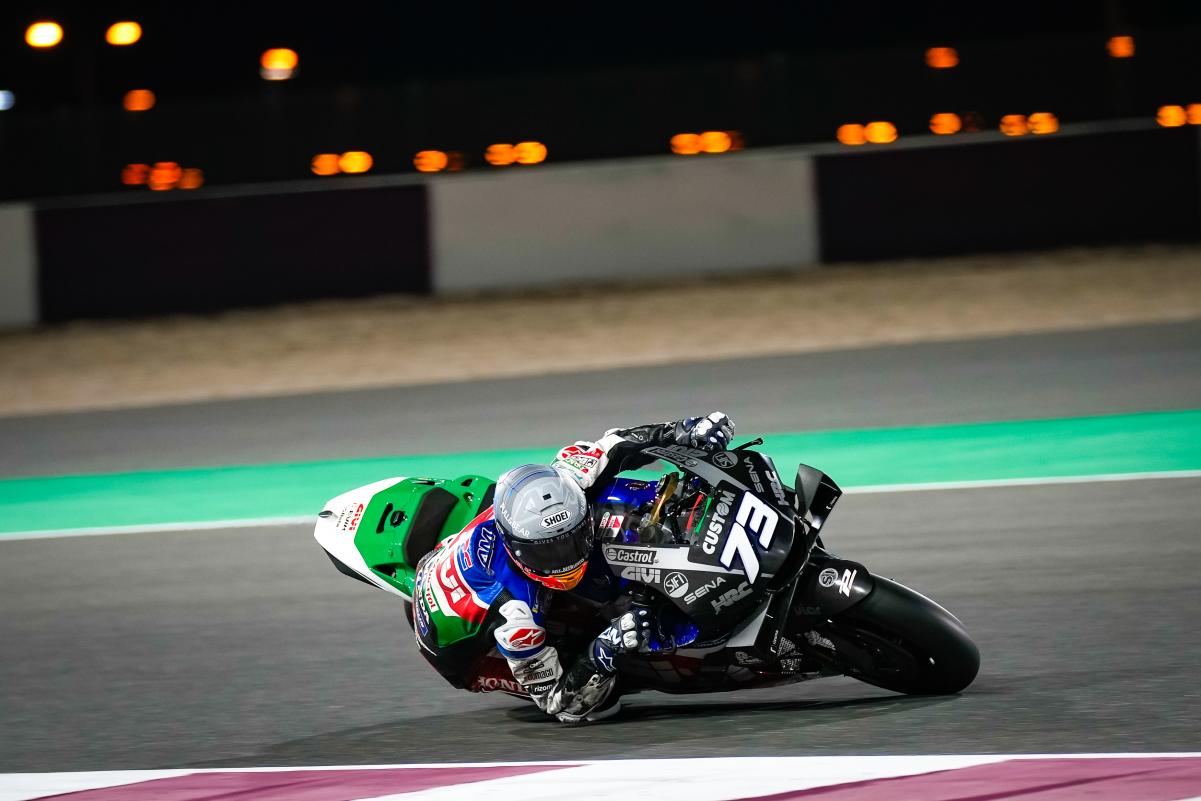 The crash was the younger Marquez’s fifth in four days of testing so far although he has been far from alone in going down multiple times.

Two of his Honda stablemates, namely test rider Stefan Bradl and fellow LCR pilot Takaaki Nakagami, have been particularly prolific but even the man who finished fifth on the latest day of action, Aleix Espargaro, dropped his Aprilia.

Marquez believes that the seemingly high number of crashes is not unusual, although he also suggested that feedback from the harder compounds of front tyres is limited.

“About crashes, I think everybody crashes,” said the 24-year-old.

“Also yesterday, I was with [Maverick] Viñales in the Clinica; he told me he crashed two times in the straight line with the front tyre.

“It’s a little bit difficult to understand the hard front tyre, but also the medium with the right side a little bit harder. [You get] no info and you lose the front so easy.

“So already today in the first [hours], I tried the hard and the medium one, and maybe the medium was a little bit better from the front tyre and it’s so easy to crash.

“[It] will be a little bit risky for the GP because we will have only five soft front tyres. So, we’ll need to manage, and FP1 and FP3 will not count for a lot.”

Repsol Honda’s Marc Marquez, Alex’s brother, remains out injured as he continues his recovery from a broken right humerus and the third operation he had on it last December.

He has, however, been named on the provisional entry list for the Qatar Grand Prix at the end of the month.