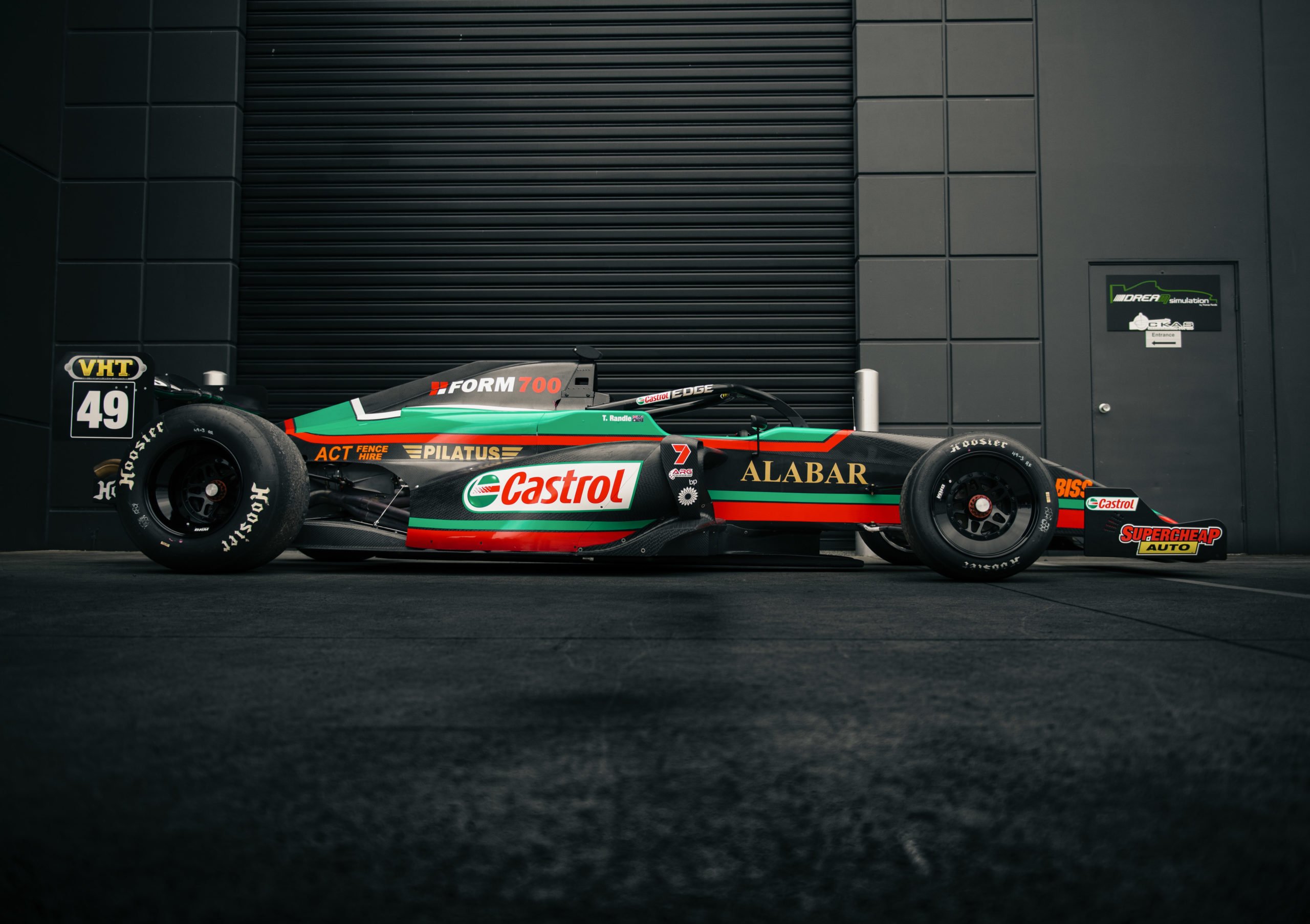 Thomas Randle will race in the iconic Castrol colours for the remainder of this year’s VHT S5000 Australian Drivers’ Championship.

Castrol’s red and green palette tops a carbon black chassis, which is powered by a 5.0-litre Ford Coyote V8.

Randle will continue to carry the #49 but will race under the Castrol Racing banner for the three rounds ahead.

He currently leads the drivers’ championship after the opening round at Symmons Plains International Raceway in which he claimed top honours in the feature race.

“Castrol is such an iconic brand and I’m unbelievably proud to be part of the team this year,” said Randle.

“I’ve had the Castrol logo on several of my cars over the years and I’ve always enjoyed a great relationship with everyone there.

“It’s so cool to have them with me for S5000 this year, we are looking forward to a big season after a successful weekend in Symmons Plains.

“Hopefully, we can be in the championship picture come Sydney in May.”

Randle was on course to go full-time in the Supercars Championship this year.

However, the 24-year-old was unable to make the transition from the Super2 Series to the main game after Tickford Racing failed to secure a Racing Entitlements Contract.

Randle has been signed to contest this year’s Bathurst 1000 with Tickford Racing off the back of winning last year’s Supercars feeder series.

The Melbourne-born driver will also have Castrol’s support when he returns to the co-driver’s seat.

“We are so excited to welcome Thomas to Team Castrol. It is a natural fit for us both – Thomas displays so many exemplary qualities on the racetrack and away from it that it was an easy decision for Castrol,” said Castrol marketing director Jotika Prasad.

“Castrol is committed to supporting young talent in all forms of motorsport and Thomas has proven every step of the way that he’s one of the best drivers coming through the ranks.

“We have been part of his journey in a small way over the last couple of years but to support him through 2021 as he embarks on his campaign in S5000 is incredibly exciting – we wish him all the best.”

Coverage of the VHT S5000 Australian Drivers’ Championship at Phillip Island will be broadcast live and free on 7mate across March 13-14 with Sky Sport carrying coverage in New Zealand.

The championship continues a week later at Sandown International Motor Raceway on March 20-21 in support of the Repco Supercars Championship.

The S5000 season concludes on May 1-2 at Sydney Motorsport Park.