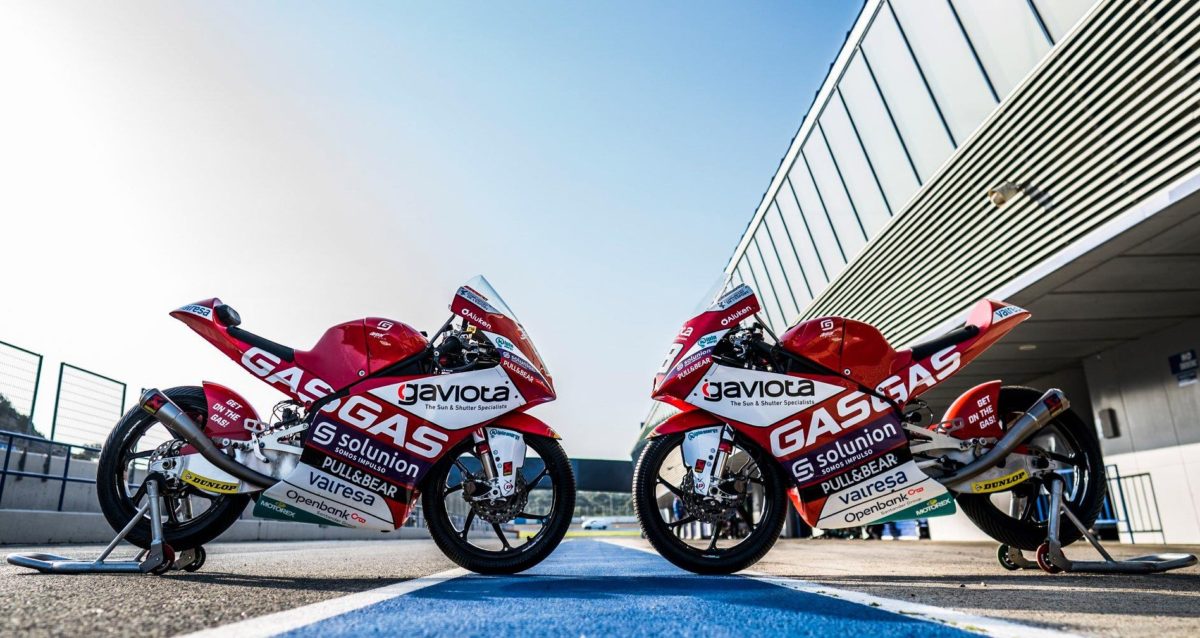 The GasGas Aspar Team has revealed the look which its two bikes will carry in this year’s Moto3 season.

The Spanish marque has partnered with Aspar for its first ever road racing programme, for which it will be represented by Spanish riders Sergio Garcia and Izan Guevara.

Garcia won a race as a Moto3 rookie in 2019 and boasts a further three podiums, including two in the last three races of 2020.

Guevara, another newcomer to the Aspar ranks, arrives at the team after taking out last year’s CEV Moto3 Junior World Championship.

“To carry the GasGas name into the Moto3 World Championship is a very important moment, both for myself personally and for this team,” said the squad’s CEO, Jorge Martinez.

“As a proud Spanish team, to be the first to work with a brand with such strong Spanish roots, to take it into the highest level of international road racing, is very, very special. 2021 is looking to be an extremely exciting season for us.

“Of course, we hope to continue the exceptional run of form we have enjoyed during the 2020 season and together with our two strong riders, Sergio Garcia and Izan Guevara, we are focused on immediately fighting for podiums and taking the GasGas brand onto the world stage.”

The manufacturer will also support a number of other riders in those championships.

GasGas Aspar has been in action this week in a private test at Jerez, where Garcia was third-fastest and Guevara fourth of the Moto3 contingent.

The Moto2 and Moto3 Official Test takes place on March 19-21 (local time) at Losail, followed by the Qatar Grand Prix at the same circuit on the following weekend.