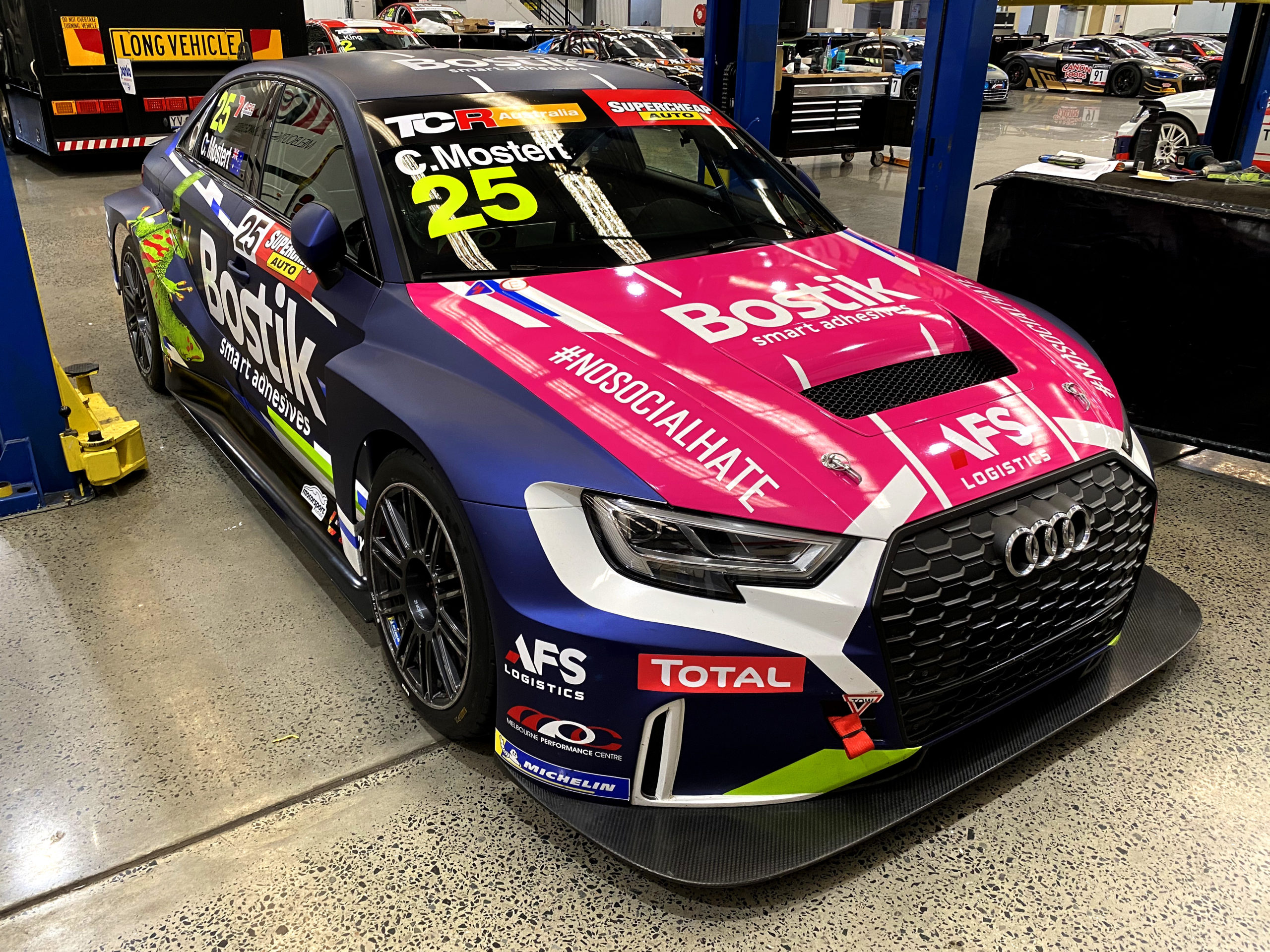 Chaz Mostert has continued his social media movement with a bold livery tweak ahead of this weekend’s second Supercheap Auto TCR Australia Series round.

The livery tweak runs in parallel to the social media campaign, which has seen drivers, teams, and fans post a pink square with the hashtag.

Earlier this week Mostert launched the campaign which has been supported by the likes of Shane van Gisbergen, Cameron Waters, Will Davison and several more drivers and teams.

Mostert took to his own website this week to express his disappointment in negative commentary on social media.

“Most of us can handle the odd bad comment from time to time and the reason we read comments is to see all the positive amazing comments fans, friends or family post since it helps us thrive and gives us satisfaction of the amazing job we are lucky enough to have got into,” he wrote.

“What I personally can’t handle is when a friend/family member/work colleague/work place and even a rival gets absolutely grilled on social media without even knowing the person. I think it’s cowardly and pathetic in my eyes.”

Mostert will compete in the TCR Australia Series and Fanatec GT World Challenge Australia powered by AWS, the latter with Tony Bates in an Audi R8 LMS GT3, at Phillip Island this weekend.