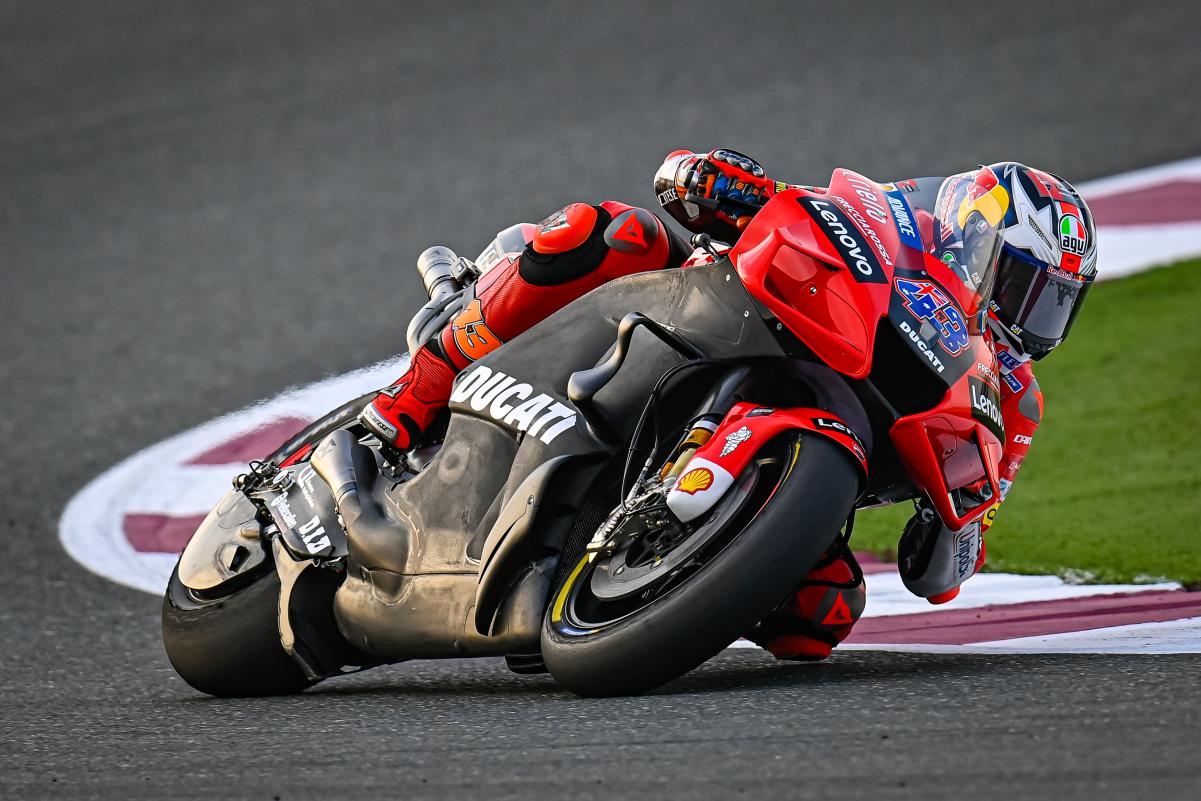 As was the case when the initial two days of running concluded earlier in the week, Miller and Fabio Quartararo occupied the top two spots on the timesheet, although in reverse order this time around.

Maverick Viñales made it two Monster Energy Yamaha entries in the top three with a personal best 1:53.510s, quicker than his team-mate’s old benchmark 1:53.940s from three days prior.

In the most favourable weather since the field descended on Qatar, Miller took over top spot just inside the final three hours of the day’s proceedings in setting a 1:53.826s.

Quartararo fired in what would be his fastest lap at the end of his penultimate run, an effort which put the Frenchman more than half a second clear at that point, before Viñales also usurped #43.

Miller, however, who was again in action with Ducati’s new aerodynamic fairing, saved the best for his last lap of the evening.

The latter’s brother, Aleix, ended up sixth for Aprilia Racing Team Gresini with a 1:53.971s despite technical problems and a minor crash which limited him to a relatively low 31 laps.

Stefan Bradl, officially entered as a Honda Test Team rider, finished 16th with just 15 laps to his name after a crash at Turn 2 left the German with neck pain.

While seemingly having not shown their hand yet, the KTM contingent have been working on a new swingarm and fairing.