Miller: Blistering Losail lap ‘had to be done’

Miller: Blistering Losail lap ‘had to be done’ 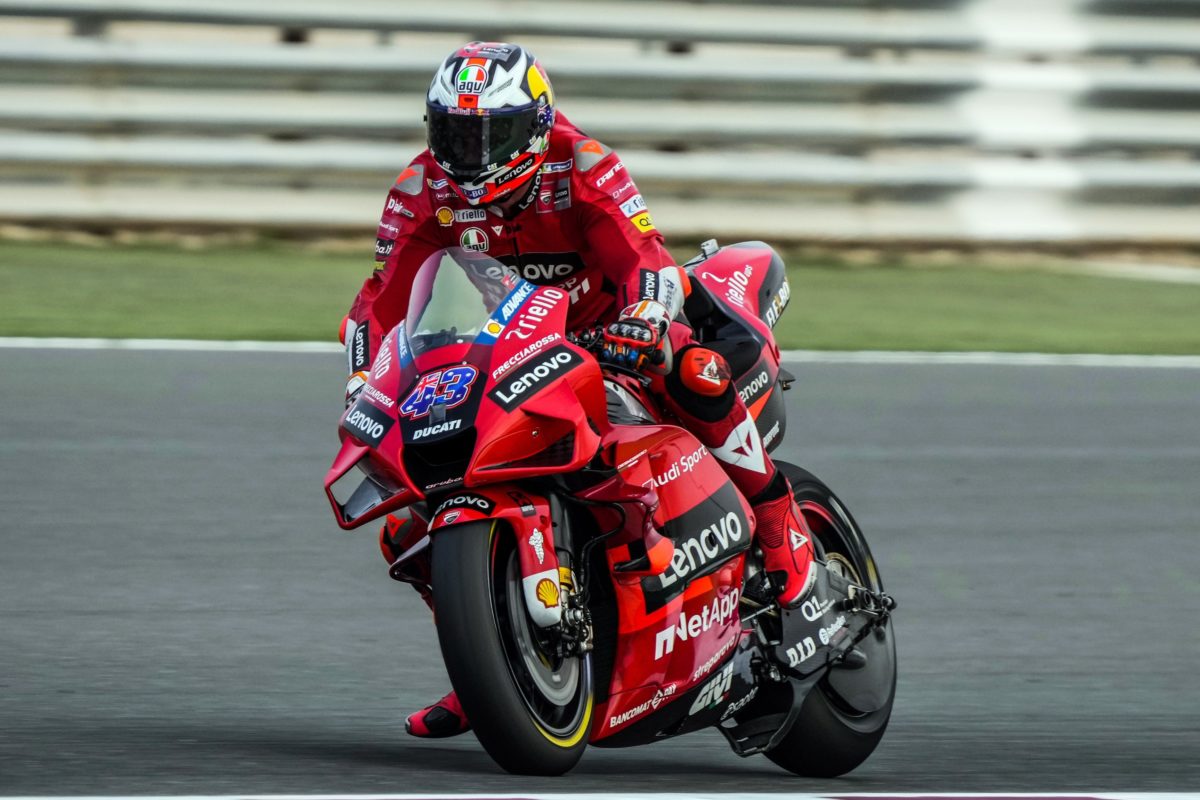 Jack Miller says that conditions were perfect for his unofficial lap record in MotoGP testing at Losail.

Miller undercut the official All Time Lap Record at the Qatar Grand Prix venue when he rode his factory Ducati to a 1:53.183s at the end of the opening day of the second official pre-season test.

According to the Australian, there was no more favourable time to set such a marker given the weather in the Qatari desert, after high winds affected the test which wrapped up at the same circuit days earlier.

On that occasion, it was Fabio Quartararo who pipped Miller to top spot, and the new factory Yamaha rider was first to break Marc Marquez’s 1:53.380s from Friday practice in 2019 when he clocked a 1:53.263s.

That effort from the Frenchman dislodged #43 from first position, but Miller still had more to come on his final run of the evening.

“When you can put together a lap like that, it’s always a nice feeling.

“But, I mean, we had perfect conditions today, we’ve had no real wind since the last test so plenty of rubber on the ground and, to be honest, the humidity never came up really that high tonight, so it was a perfect storm. It had to be done today, I think.

“We threw another tyre at it and [I am] pretty happy with that. Got through our things that we needed to get through today and I think we made some improvements with the bike too.” 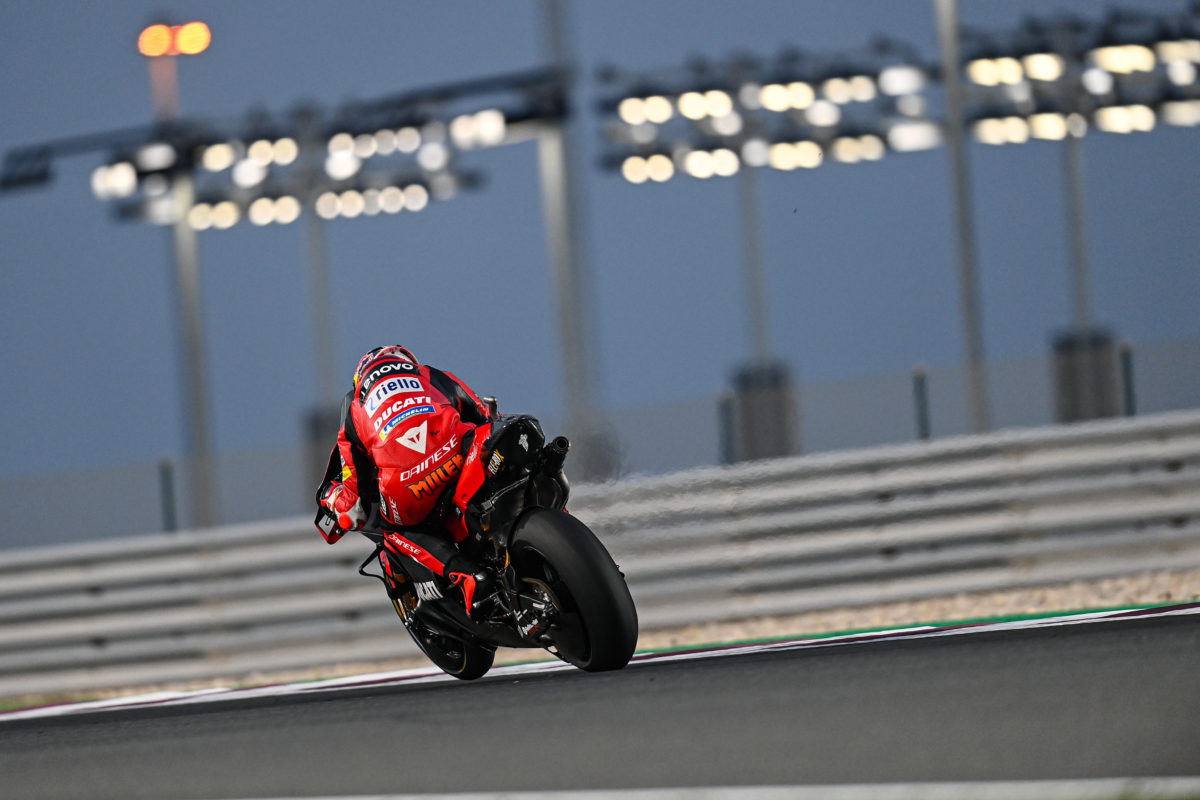 Miller, however, is not getting carried away with the bragging rights he has earned.

“I’m not too stressed about the people watching on or anything like that, I’m just trying to do what we can do,” he explained.

“Today was our day, but it’s all just testing, so we’ll just keep plugging away at it, get through the things that we need to get through, and just try and focus on the two races coming up here shortly.”

The 2016 Dutch TT winner was also pleased with how his Desmosedici GP21 performed on longer runs.

In his penultimate outing for the day on the Losail International Circuit, he circulated for 10 laps in the high-54s to mid-55s before pitting and going for the final time attack.

“The tyres are working differently, day by day here, especially without the wind,” recounted Miller.

“They were better in some ways and worse in others but we were able to understand… You know, I put the race distance on the tyre and it was really good.

“I wasn’t really happy enough with the pace on probably the last three laps, [but] there’s not too much of an issue considering we’re doing a really hot lap at the beginning and then also putting them through a little bit of a cycle, let’s say, so that’s kind of understandable.

“In all, a really positive day for us, and just getting more and more at home here in the red squad.”