How BRT built a giant-killing Supercars team in 90 days

How BRT built a giant-killing Supercars team in 90 days 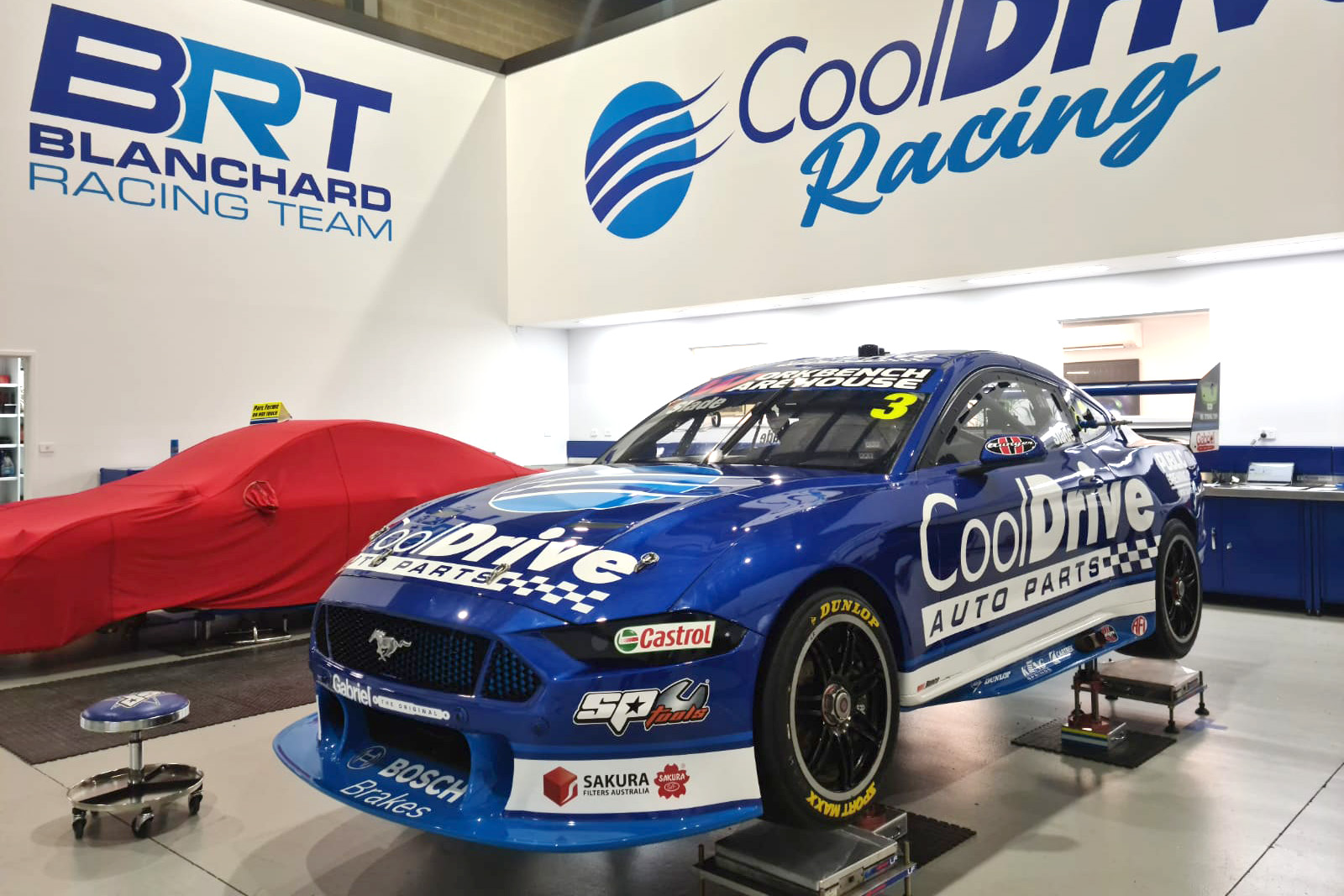 In three months Tim Blanchard did what few people thought was possible; turning an empty factory into a front-row starting race team.

As last year’s Supercars season drew to a close, Blanchard stood inside an empty unit at the CoolDrive Auto Parts centre in Box Hill, Melbourne.

There, he would establish the Blanchard Racing Team, finally going out on his own after four years operating out of the Brad Jones Racing stable.

That empty workshop was the next step in Blanchard and his family realising a dream they began pursuing in 2016 when the team purchased a Racing Entitlements Contract.

In a matter of weeks, Blanchard began to build up a healthy cache of equipment and personnel, signing Tim Slade to lead the team’s on-track efforts.

An ex-Dick Johnson Racing transporter soon rolled into the workshop to carry the team’s Ford Mustang, dressed resplendently in blue.

After the demise of 23Red Racing due to the coronavirus pandemic, Blanchard struck a deal to lease Phil Munday’s two Supercars, the second as a spare.

In a matter of weeks, the team built offices and a fully functioning workshop, toiling tirelessly through the Christmas break. 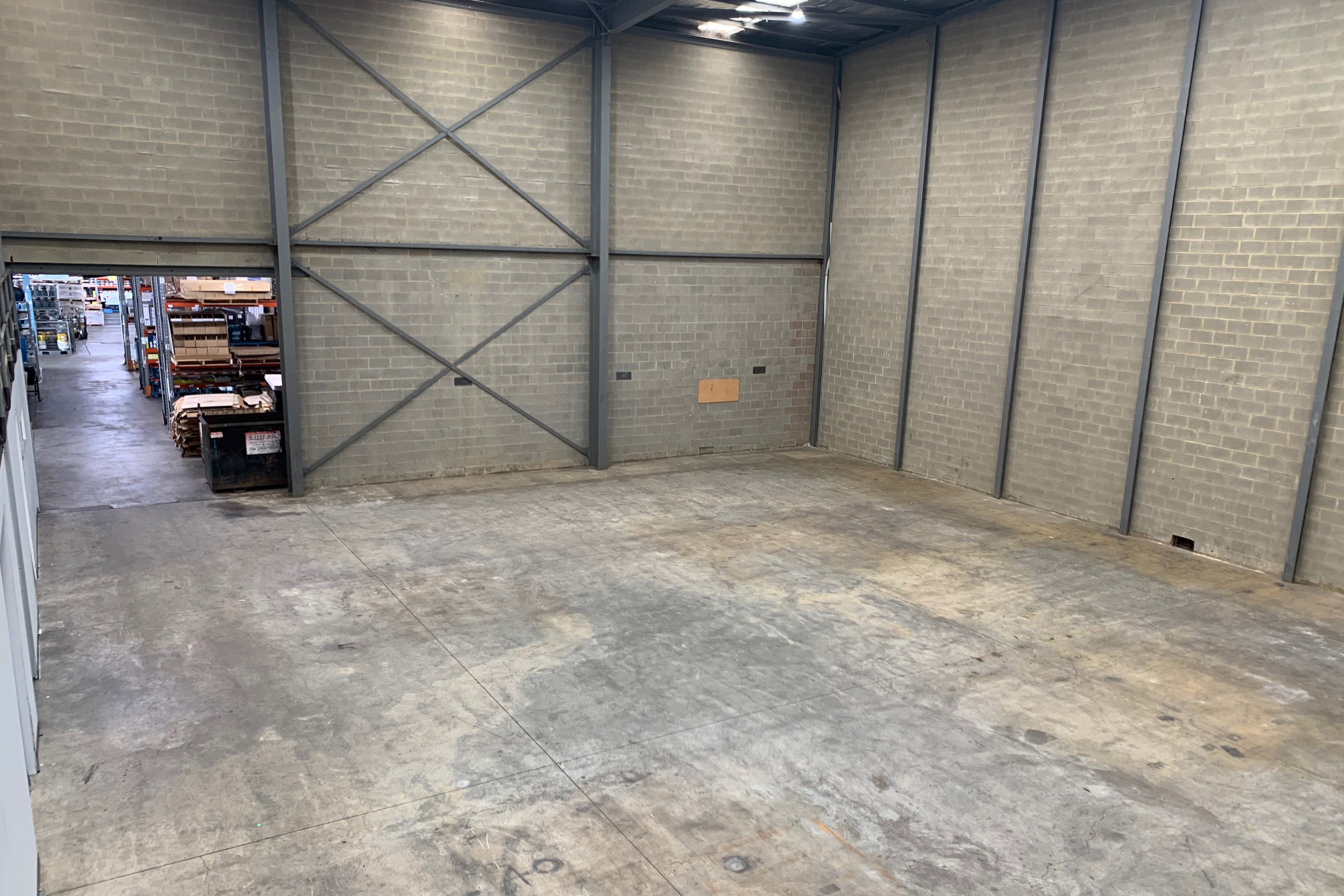 As Blanchard explained, it was a mammoth undertaking by the whole team from the outset.

“I guess for us the first piece of the puzzle was getting that key equipment in place, being the car transporter and obviously working out what we were going to do with the workshop because we didn’t have a workshop.

“We’ve built our own workshop in our head office warehouse distribution centre. So we had no offices or anything. We’ve had to literally build a workshop. That was probably the second piece of the puzzle.

“The third piece was obviously getting the staffing on board. We started off with the team manager, which was Brendan, and then the next bit was the driver which we got Sladey. 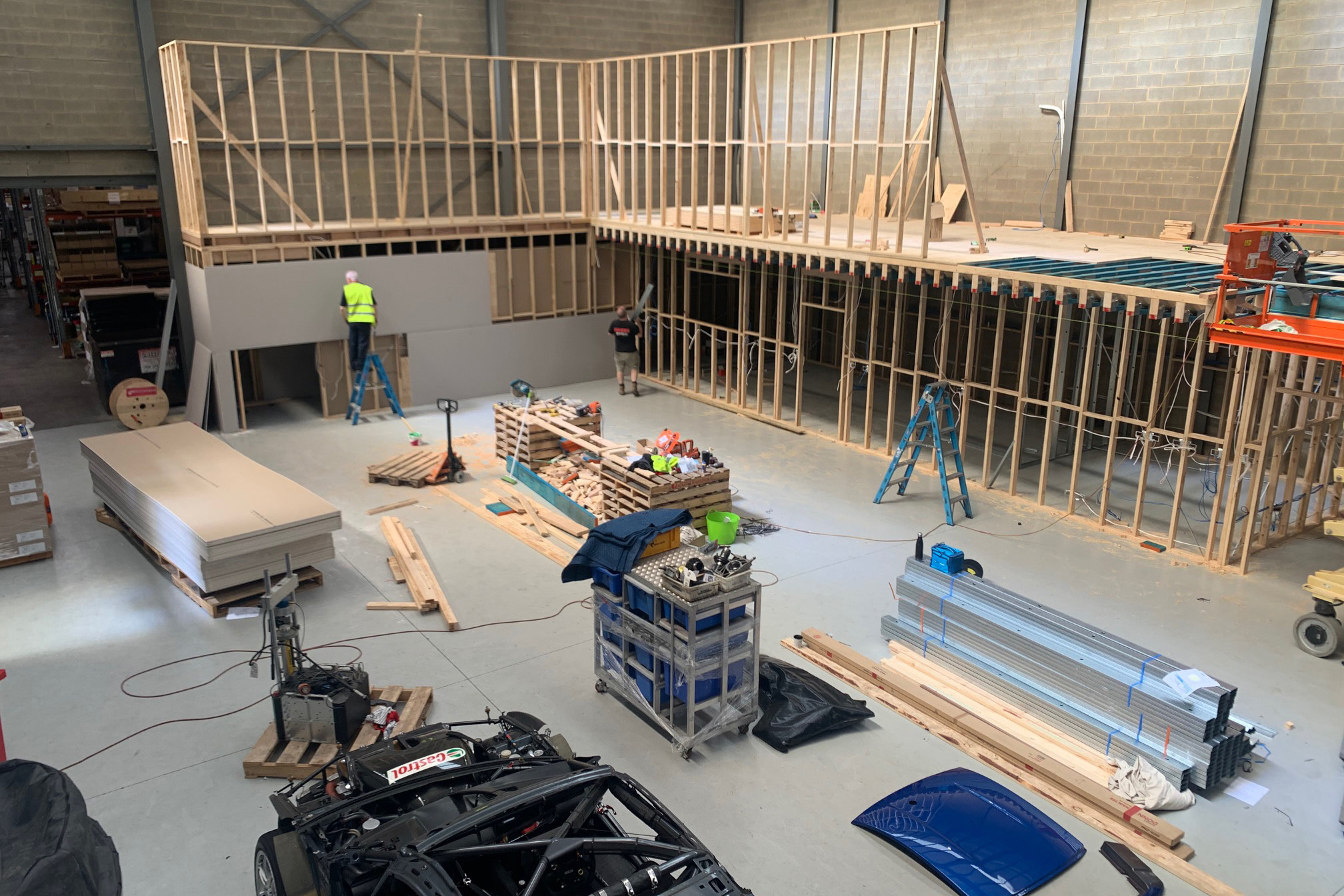 Offices were soon erected inside the CoolDrive Auto Parts base in Box Hill, Melbourne

“Then we just kind of worked our way through from there and built the team up. Then it’s all a flow on thing, finalising the commercial side of it.

“Then it’s just everything right down to working on what light switches we need in the workshop, what tools we need, just everything you can think of we’ve had to think about or do or organise.

“It’s been a very big undertaking.”

Blanchard explained that the team’s set-up is atypical of other Supercars outfits.

“We’ve only got five guys full-time in the race team, but then it’s basically a division of a new department of our main CoolDrive business.

“All the admin, marketing, HR, finance aspects of the running of the race team are being undertaken by the core CoolDrive business here at head office.

“Basically, the only staff we put on are the people that are physically working on the car, everything else is absorbed by the core business as just another division, like any other store is.” 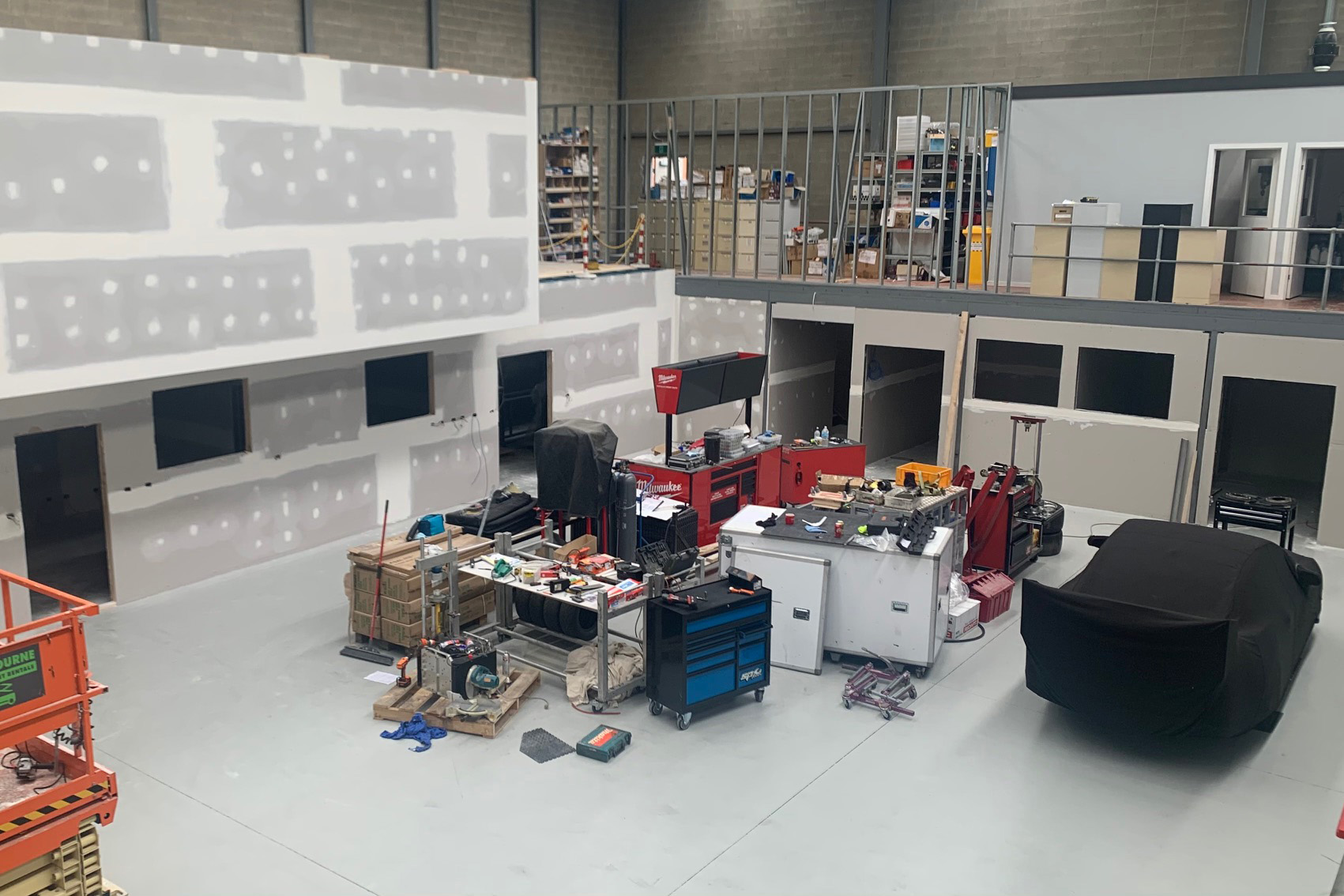 The near-complete workshops on December 7, 2020

Blanchard said the build of the team has been all-engrossing, seeing staff from the broader CoolDrive Auto Parts business lending a hand.

That, he said, has been a welcomed experience for him and his employees.

“It’s been an extremely positive experience for us so far and it’s something a little bit unique that does present a few little challenges,” said Blanchard.

“But the main reason for doing it is a good opportunity to showcase our products, which I think we’re going to be able to do very well.

“The main thing is the staff engagement, we’ve had so many members of our staff actively involved in putting this team together in some way, shape or form, whether that’s physically helping out in the workshop or doing some admin tasks.

“That’s the key part for us is something that sets us apart is that we’re not just a sponsor, you come and work for CoolDrive, you’re part of the race team and you’re not just part of a company that sponsors a race car, so pretty unique for us.

“There’s going to be huge marketing opportunities for us, which we haven’t even touched on yet. Being inhouse gets you a lot more flexibility for staff training and promotions and activation that as a normal sponsor you probably wouldn’t have.

“I’m looking forward to leveraging off that throughout the year.” 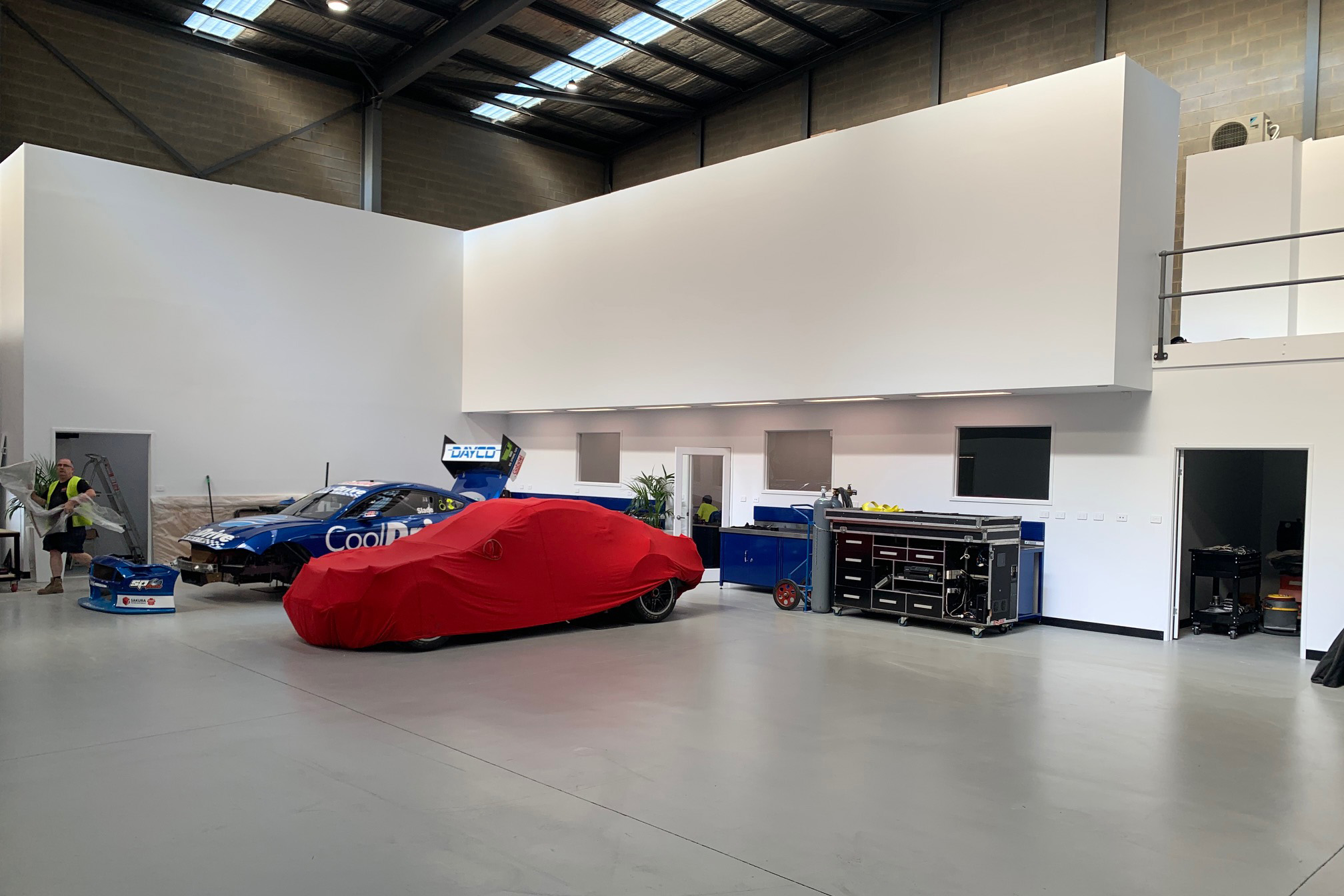 Blanchard said he’s cognisant of the feat he and his team have been able to undertake in a short timeframe.

However, it was a bittersweet debut for the team at Mount Panorama.

After qualifying comfortably inside the top 10 to make the shootout on Saturday, Slade converted that into a front-row start alongside Cameron Waters.

After a slow getaway, Slade fought back to be in contention for a podium finish, unfortunately crashing late in the piece, bringing their weekend to a premature end.

“It’s obviously a huge project starting a business or a team from absolute scratch and trying to do it in a three-month timeframe is probably a little bit crazy,” said Blanchard.

“As the season goes on we’re only going to get stronger and stronger.”