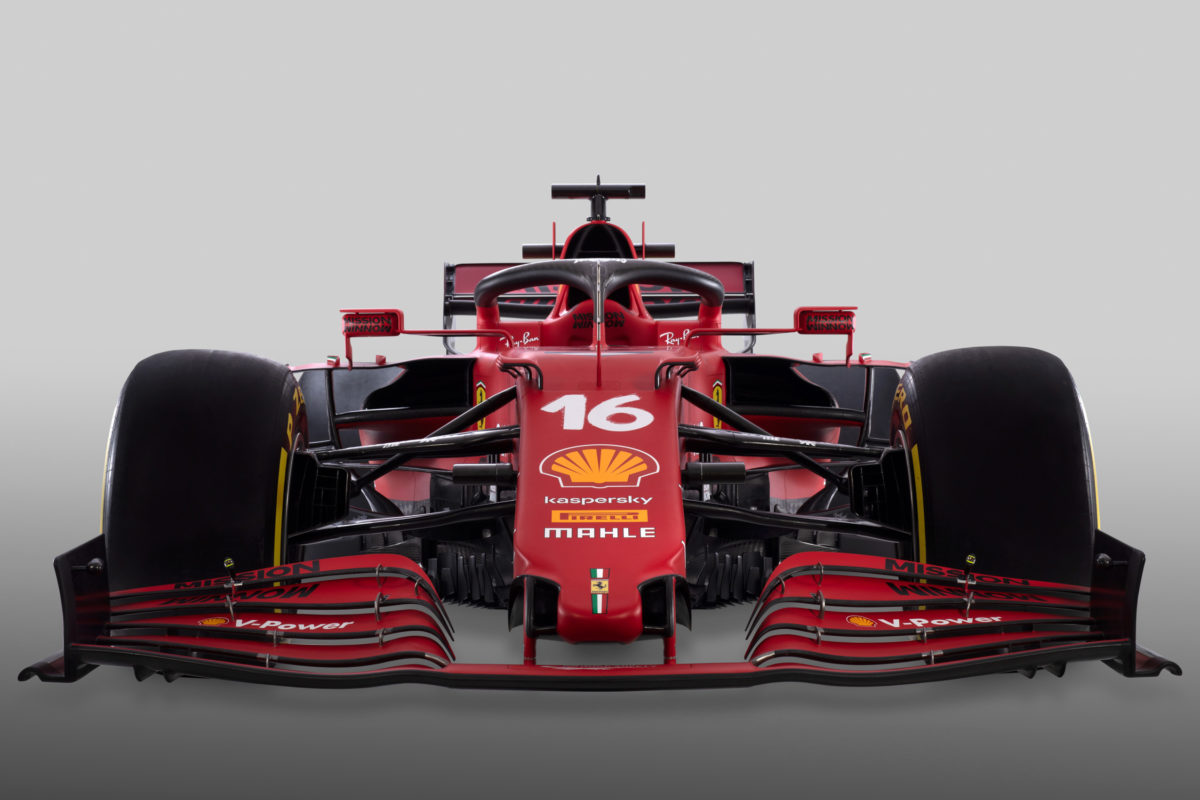 The SF21 from front on

Set to power the factory squad, Alfa Romeo and Haas in the coming campaign, the new engine is predicted to be a step forward on that used in 2020.

Ferrari had previously been touted as having the most powerful engine on the grid, but seemed to lose its edge following technical directives midway through 2019.

After a difficult season last year, it became apparent a new power unit was needed if it was to compete with Mercedes, Renault, and Honda.

“In our sport you have to be continuously aware of the areas where you can improve, the points that you can improve,” said Enrico Gualtieri, Ferrari’s power unit director.

“You have to continuously think about your lessons and experience, learn from your defeats. And then you work hard, with humility.”

Working in collaboration with the chassis design team, Ferrari’s power unit engineers have developed the 065/6.

“We continuously worked on the internal combustion motor aiming to increase its thermal efficiency, with help also coming from our partner Shell, which has led to an advantage estimated at over one tenth of a second per lap,” Gualtieri said.

“The turbocompressor has been revised to meet the needs of the motor and, at the same time, we have planned to increase efficiency in the recovery of exhaust fumes.

“We’re also working on the hybrid system, on the electronic part, trying to revise all its components and optimising them.”

The new power unit design has enabled the aerodynamics and other components on the Ferrari SF21 to also be revised, most notably around the tail of the car.

That resulted in a more swooping airbox, coupled with transmission and rear suspension which combined is hoped to claw back some of the downforce lost being revisions to the floor for 2021.

Charles Leclerc and Ferrari’s new recruit, Carlos Sainz, will be on track for pre-season testing in Bahrain on March 12-14 before the opening race of the year, the Bahrain Grand Prix, on March 26-28.