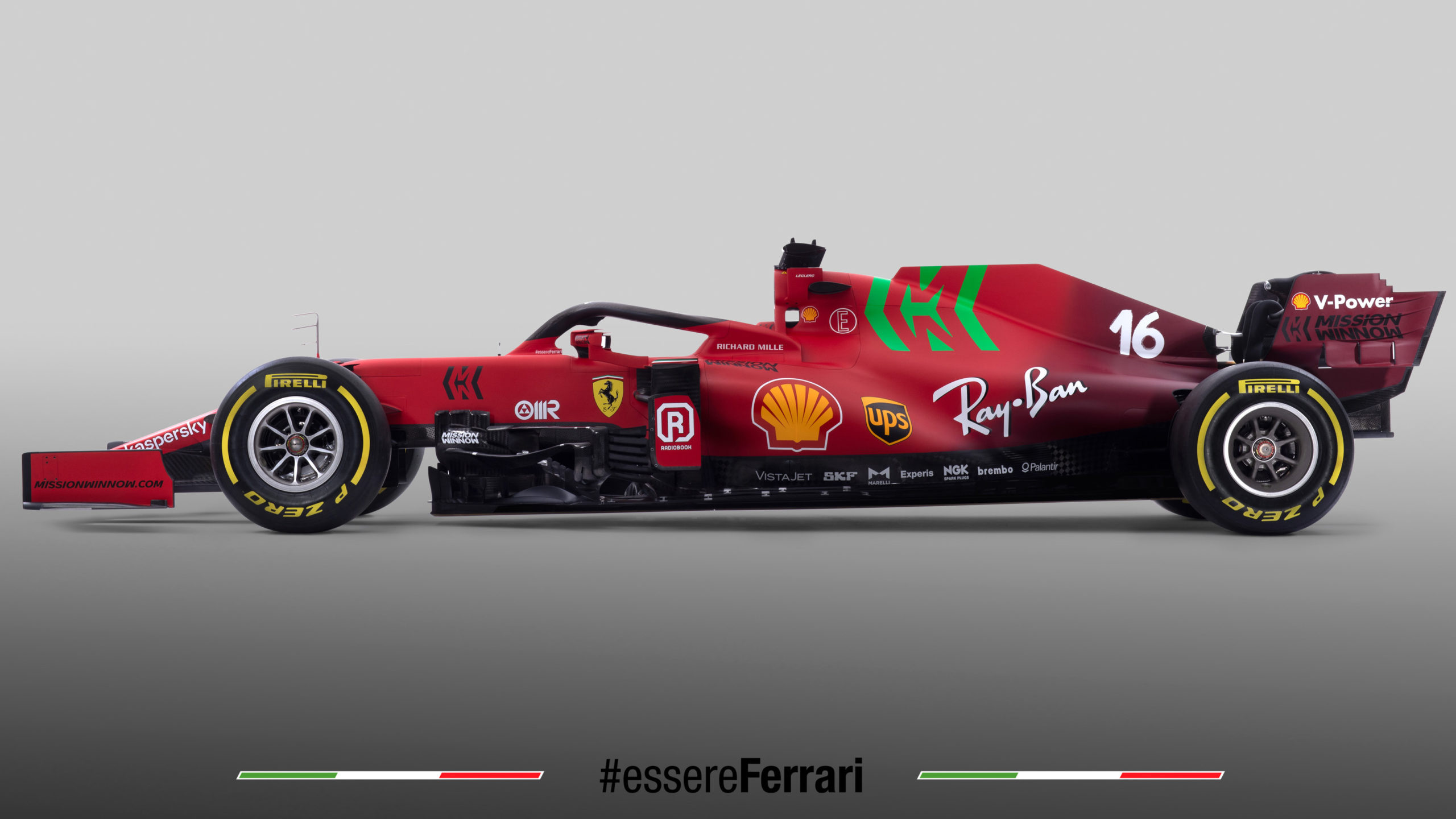 The 2021 Formula 1 field has now shown off its colours in full after Ferrari peeled back the covers on its new car.

Having launched its drivers and team late last month, Ferrari was the last team to unveil its car ahead of the forthcoming season.

It enters 2021 off the back of a difficult year, which saw it slump to its worst championship result in four decades.

Sebastian Vettel has parted ways with the team, replaced by Carlos Sainz who joins Charles Leclerc.

Team boss Mattia Binotto remains at the helm though is expected to miss a number of races during the 2021 campaign to oversee work on the 2022 car.

A new power unit offers the team fresh hope after last year’s engine was regarded as a significant contributing factor to the team’s poor results.

Ferrari and the FIA came to an undisclosed agreement ahead of the 2020 season after an investigation into its 2019 power unit was unable to prove any wrongdoing.

It’s alleged Ferrari had managed to contravene fuel flow limitations, though a technical directive midway through the ’19 campaign saw that advantage trimmed.

There is therefore hope that, with a stronger power unit for the coming campaign, the Italian squad could return to the front end of the field.

Failing that, it’s expected to at least form part of the midfield battle, along with McLaren, Aston Martin, and Alpine.

Formula 1 pre-season testing gets underway on Friday (March 12), with three days of running at the Bahrain International Circuit.

The opening race of a record 23-event calendar follows at the same venue on March 26-28.