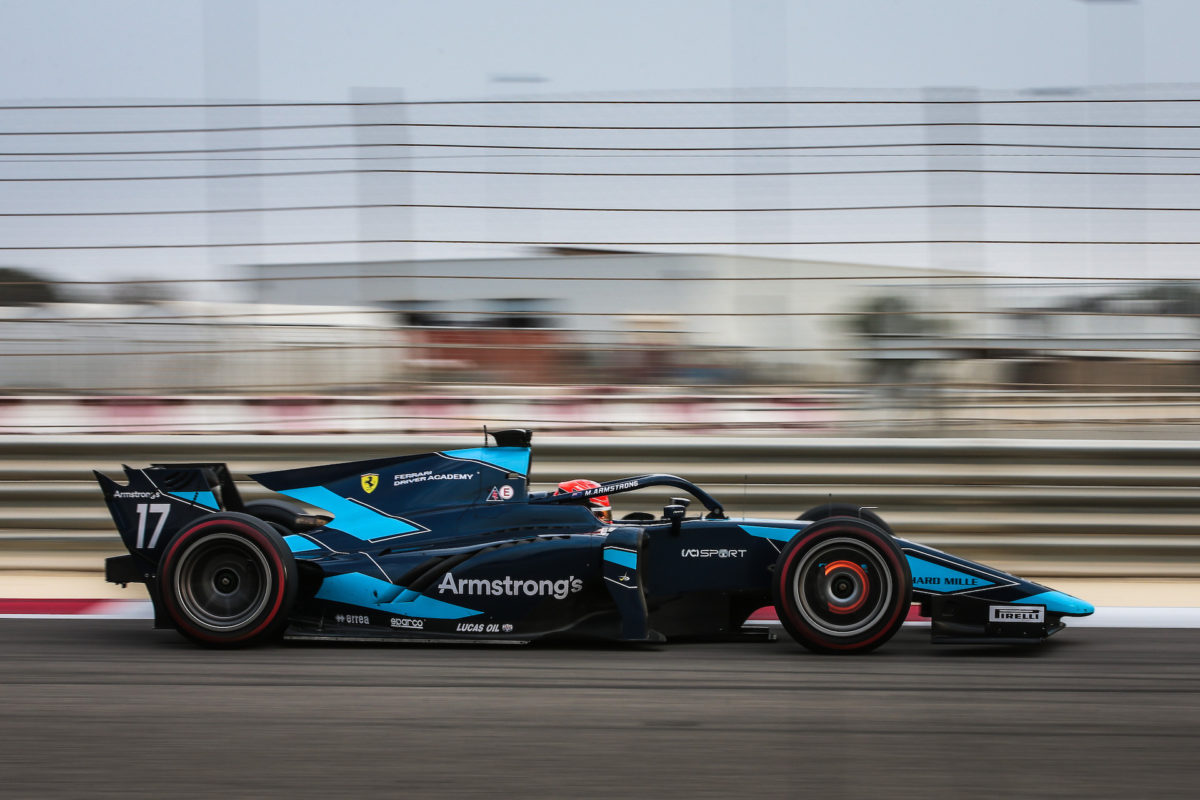 DAMS driver Armstrong logged his best effort of a 1:42.173s during the morning session when all the fastest times were set.

Lawson’s place in the pecking order came despite setting a morning-low 13 laps among the 22-car field.

Among other notable names were Prema Racing duo Robert Shwartzman and Oscar Piastri in sixth and ninth, respectively.

All told, Piastri was 0.354s off the benchmark set by Armstrong.

The afternoon saw higher lap counts and slower times, with no one going quicker than Ralph Boschung of Campos Racing (1:44.905s).

In fact, no driver went quicker in the afternoon session than their best time of the morning.

By the end, Armstong and Lawson had completed 83 and 52 laps respectively, while Australia’s Piastri clocked 75 laps in his final hitout before the F2 season-opener at the Sakhir circuit later this month.