Supercars CEO Sean Seamer says the category is healthy a year after the coronavirus pandemic shook the championship.

Last year’s ill-fated Australian Grand Prix was the first in a string of events to fall victim to COVID-19.

What followed was a chaotic period for Supercars, which underwent a raft of calendar changes and even included a last-minute border dash in an effort to keep the season going.

Supercars lost one team in 23Red Racing, which shut its doors soon following the withdrawal of primary sponsor Milwaukee Tool, but gained another in Boost Mobile Racing.

Category management was forced to furlough staff, some of which ultimately did not return to the Sydney and Gold Coast offices.

All but one event was shortened to a two-day affair, refuelling was axed, personnel restrictions were put in place, and races were shortened, all in an effort to cut costs.

All of that, Seamer said, was for the benefit of the category in the short- and long-term.

Despite a tumultuous period for the championship, Supercars signed a television deal that brought the category almost an identical annual income to its last deal.

Speaking with select media, including Speedcafe.com, Seamer said Supercars hadn’t lost any money in 2020, although its profit was down on previous years.

The category boss was optimistic about the forthcoming season.

“Last year was a tough year, but this year is the first year of so many things,” Seamer explained.

“Not to speak for the shareholders, but the sport is in good shape and we’ve got good momentum.

“We can always be better. We’ve always got a lot of things to do. But we’ve come off the back of last year as well as we could have.” 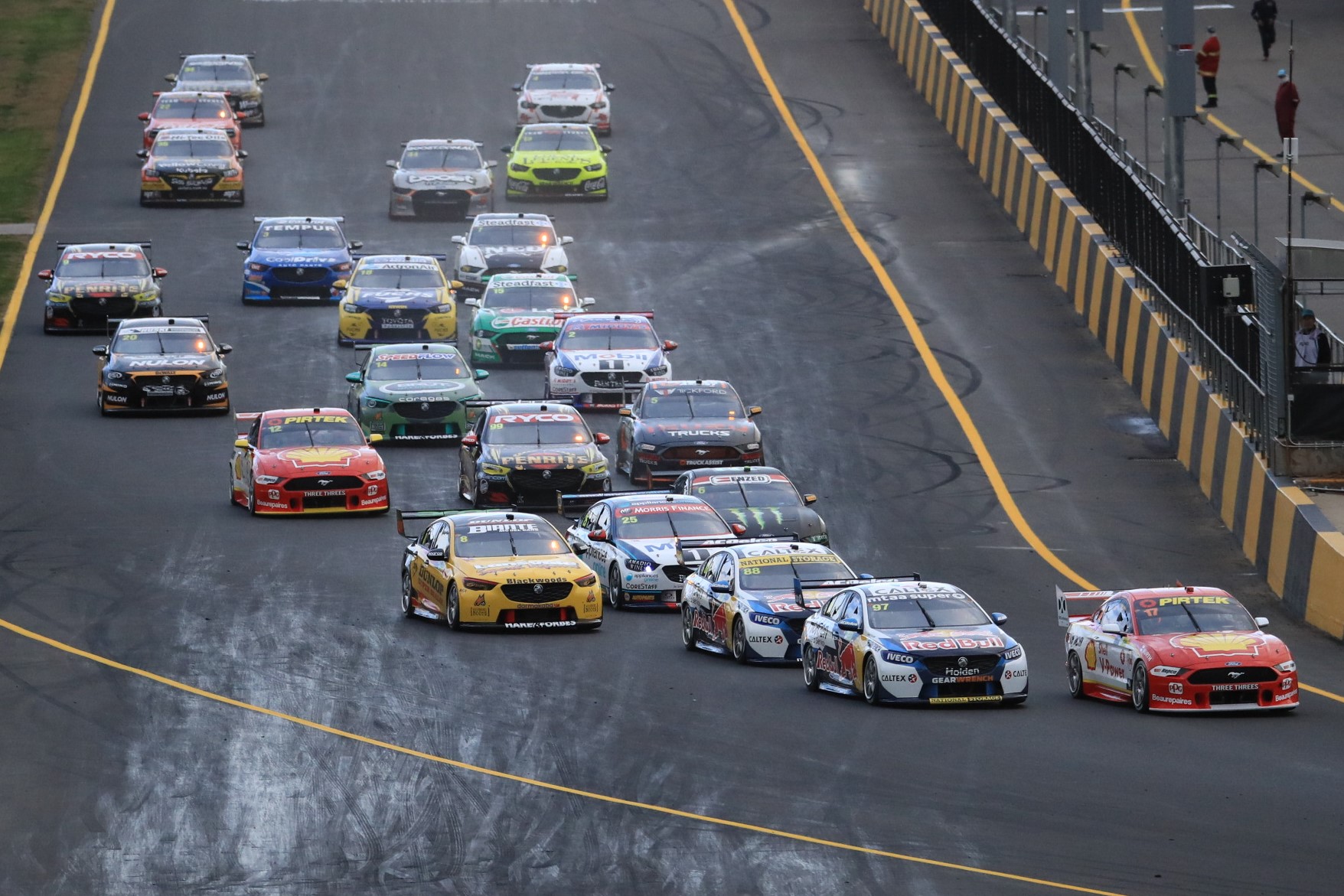 Supercars met with team owners at the season-opening Mount Panorama 500 to discuss some of the goals the championship set out to achieve in 2019.

Seamer said a lot of those goals had been achieved in spite of the challenges the category faced last year.

The championship boss said there has been a growing willingness to change the shape of the category in the wake of the pandemic.

Notably, that has seen changes carried across to the 2021 season, including shorter races, the absence of refuelling at most events, and limitations on crew numbers to contain costs.

“We had a positive team owners meeting [at Bathurst] where we talked about some of things we wanted to achieve back in 2019. I think we’ve done a really good job achieving a lot of that,” said Seamer.

“We’ve done a really good job last year learning where we can actually let go of some things, be less precious around the way that we go racing, still deliver good entertainment, but reduce costs.

“As you would have seen, we’ve got great commercial momentum at the moment, from a series point of view, so do the teams. The cars have turned out this year as well as they have in the time that I’ve been here.

“We’ve got Channel 7 onboard who you will have seen are pushing the sport extremely hard. We’ve seen our awareness go up six points year on year as a result of that.

“There’s always going to be things that we’ve got to do, but we’re positive, we’re happy.”

The Repco Supercars Championship returns for its second event this year across March 20-21 with the Penrite Oil Sandown SuperSprint.