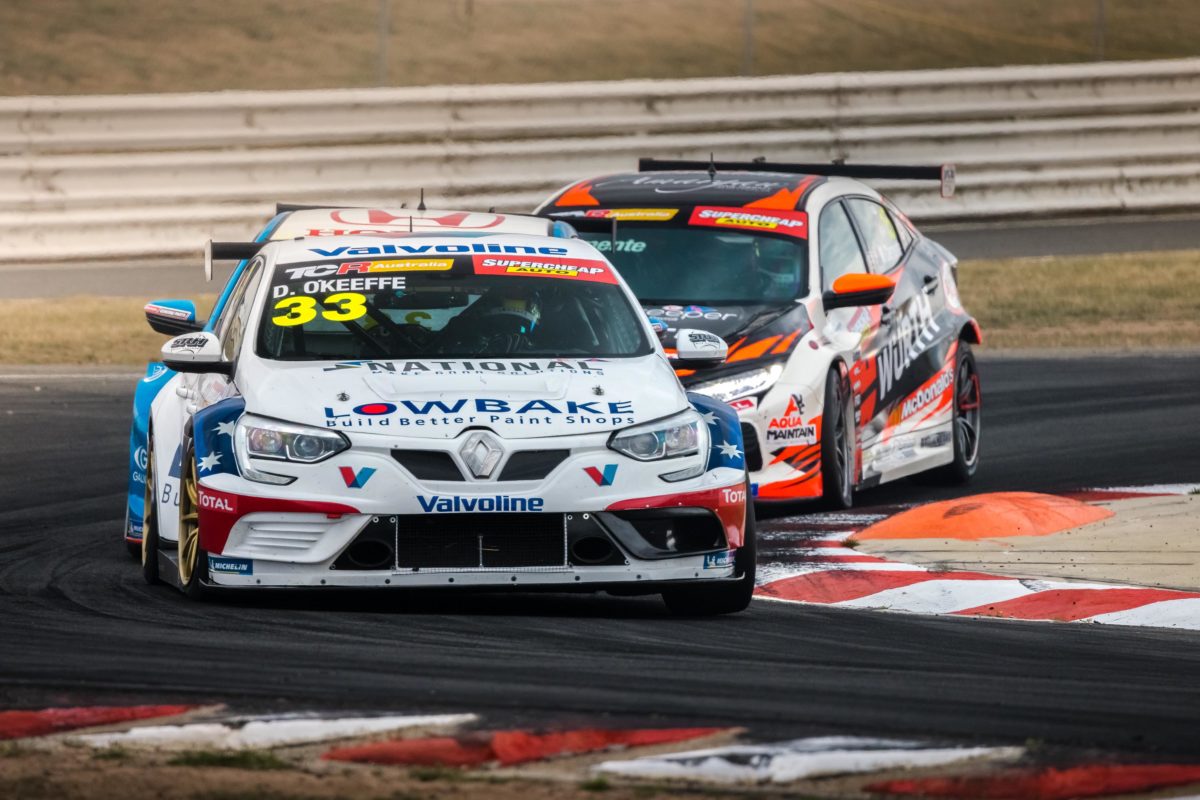 Dylan O’Keeffe in his #33 Renault

Dylan O’Keeffe is eager to make amends for a difficult first round when the 2021 Supercheap Auto TCR Australia Series heads to Phillip Island this weekend.

O’Keeffe had a troubled time at Symmons Plains in January, sustaining damage en route to 10th in the Round 1 standings.

Adding to Garry Rogers Motorsport’s dramas was a big collision in the dying moments of the event between stable-mates James Moffat and Jason Bargwanna, following a brake failure for the latter.

“The crew have been extremely busy since Tasmania, not just with my car but obviously James needed a new car entirely and there was a fair amount to repair on [Michael] Caruso’s and Bargwanna’s machines as well,” said O’Keeffe.

“We ordered in and fitted plenty of new parts and fortunately the delay to this event probably helped us just really go over absolutely everything and make sure we are ready.”

A four-time race winner in the 2019 TCR season, during which he drove an Ashley Seward Motorsport-run Alfa Romeo, O’Keeffe is confident there is no shortage of potential in his current #33 Renault Megane R.S.

He was fastest of all runners at a pre-season test at Phillip Island and is optimistic about carrying that sort of pace into Round 2.

“I’m really looking forward to getting back to Phillip Island, it’s a track that really suits my driving style, I’ve had plenty of convincing performances there,” said the 23-year-old.

“2019 was a really good weekend for us in TCR, I’m in a Renault now instead but we saw in the test day earlier this year that it’s got some ominous pace to be extracted.”

“I can’t wait to actually show off my true pace after I didn’t get that chance in Round 1,” he added.

“It will be an ultra-focused weekend to make up for lost ground in the championship, with just the six rounds on the calendar.”

The event will open with a pair of practice sessions on Friday, leading into three races across the weekend.