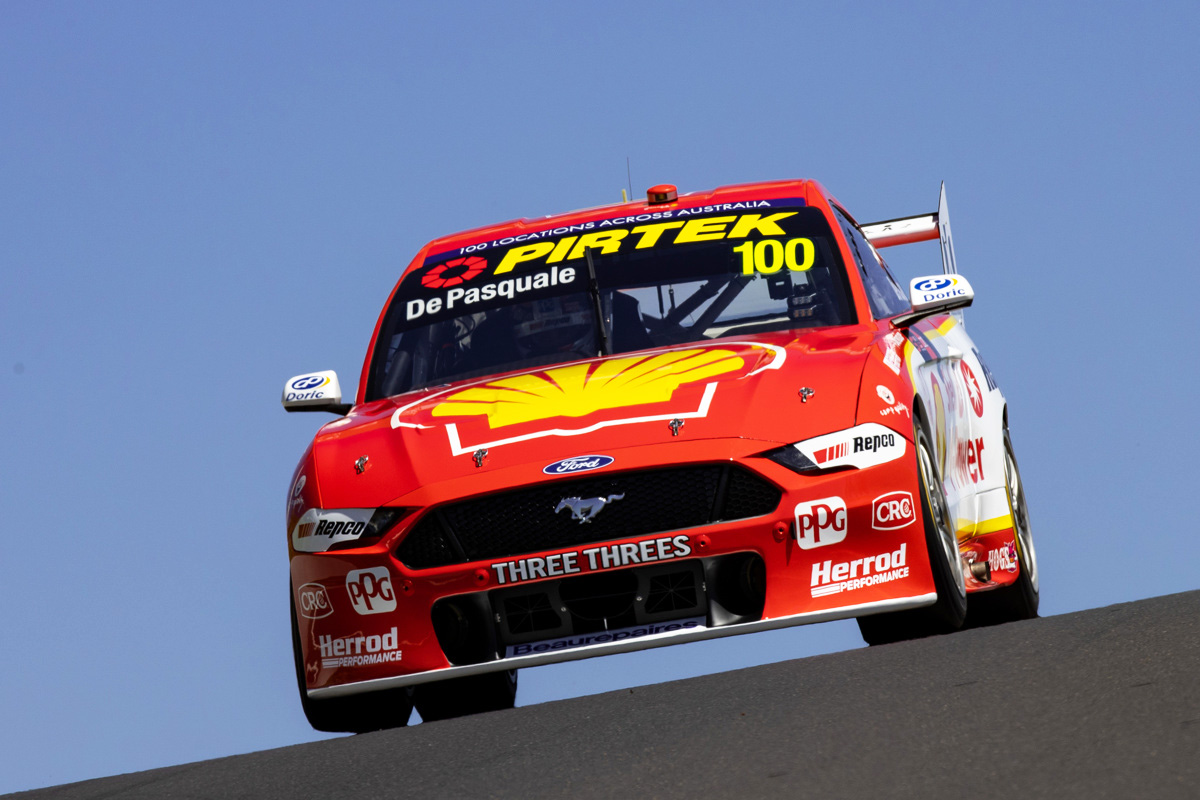 Anton De Pasquale in action at the Mount Panorama 500

As far as having someone in your corner for a maiden season at the Shell V-Power Racing Team, there’s arguably no better option than Scott McLaughlin.

Now in IndyCar, the three-time Supercars champion has been in regular dialogue with Anton De Pasquale as he experiences the pressures of being at a title-winning operation for the first time.

De Pasquale had a rollercoaster ride on his team debut at the Mount Panorama 500 last month, mixing highs of Saturday provisional pole with lows of crashing out of a likely podium that afternoon.

Through the ups and downs, McLaughlin has been a constant source of support as he keeps a close eye on Supercars even from the other side of the world.

“Come the end of every session there’s pretty much a message from him,” De Pasquale told Speedcafe.com.

That included following his race-ending crash at The Cutting, which left him to overcome ‘nightmares’ before taking fourth-place the next day.

“I’ve been good mates with Scotty for a while so I can pick his brain a little bit,” De Pasquale continued.

“He’s been happy to help and he’s been paying close interest because obviously we want him to come back and do the enduros with the team, in whatever car it is.

“So he’s still part of the team in that sense but yeah he’s awesome, anything I ask for he’s happy to help and a few little tips and stuff.

“I’ve been mates with him for a fair while now. We still game a little bit together, we’re both with the Grove Group and so on, so there’s a pretty good relationship there.”

De Pasquale left The Mountain 16th in the championship but won’t have to wait long to begin the catching up process, with the Penrite Oil Sandown SuperSprint falling on March 20-21.