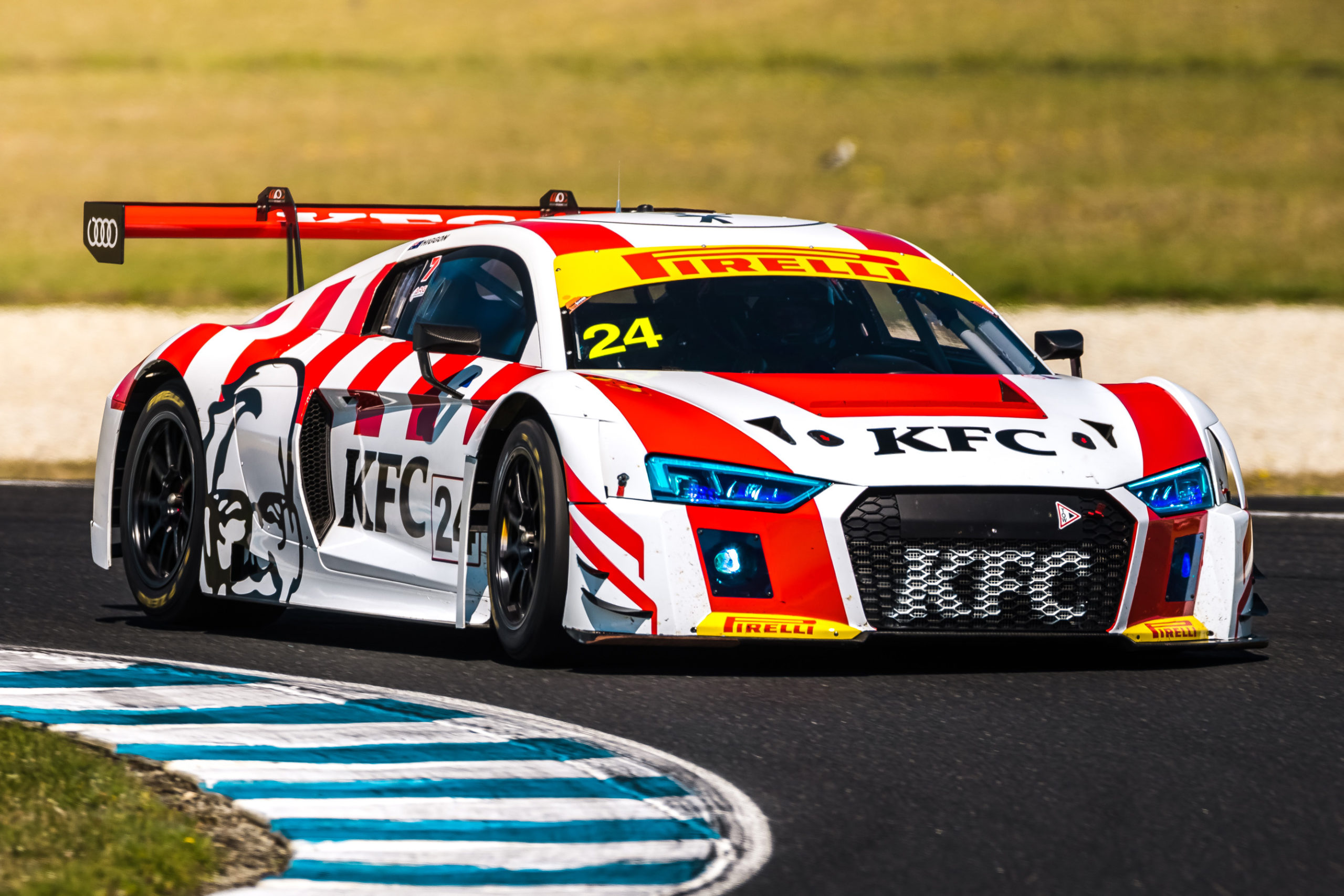 A 20-car field has been confirmed for the Fanatec GT World Challenge Australia Powered by AWS at Phillip Island this weekend.

Among the high-profile drivers in action will be Chaz Mostert, Garth Tander and Jamie Whincup.

Mostert and Tander will both be in Pro-Am Audis, partnered with Tony Bates and Yasser Shahin respectively.

Whincup meanwhile is a late inclusion for injured Triple Eight team-mate Shane van Gisbergen, who broke his collarbone in a mountain biking accident on Saturday.

Among other notable entries will be the father-son combination of Stephen and Brenton Grove aboard their new Porsche 911 GT3 R.

All up, eight cars will contest the ‘Championship’ class, 11 entries will be in ‘Trophy’, plus the sole GT4 competitor of Mark Griffiths (Mercedes-AMG GT4).

“Twenty cars for the return of top-line GT racing is a great result for the first event and I’m proud of the entrants who are getting back in their awesome cars and entertaining us all,” said category manager Ken Collier.

“It actually looked like we were going to have even more than 20 cars, but a couple of teams withdrew late, so the good news there is that we know the interest is there for GT3 racing in Australia.

“With big events coming up soon at Mount Panorama and The Bend, I wouldn’t be surprised if we have over 25 cars entering sooner rather than later.

“And there’s a great calibre of drivers and cars there too. It’s almost too hard to predict who is going to win, so it’s going to make for some great viewing, whether you are at home watching the TV, or trackside at Phillip Island.”

The Phillip Island round will be headlined by two 60-minute races across Saturday and Sunday, with those heats broadcast in Australia on 7mate and 7plus, and in New Zealand on Sky Sport.