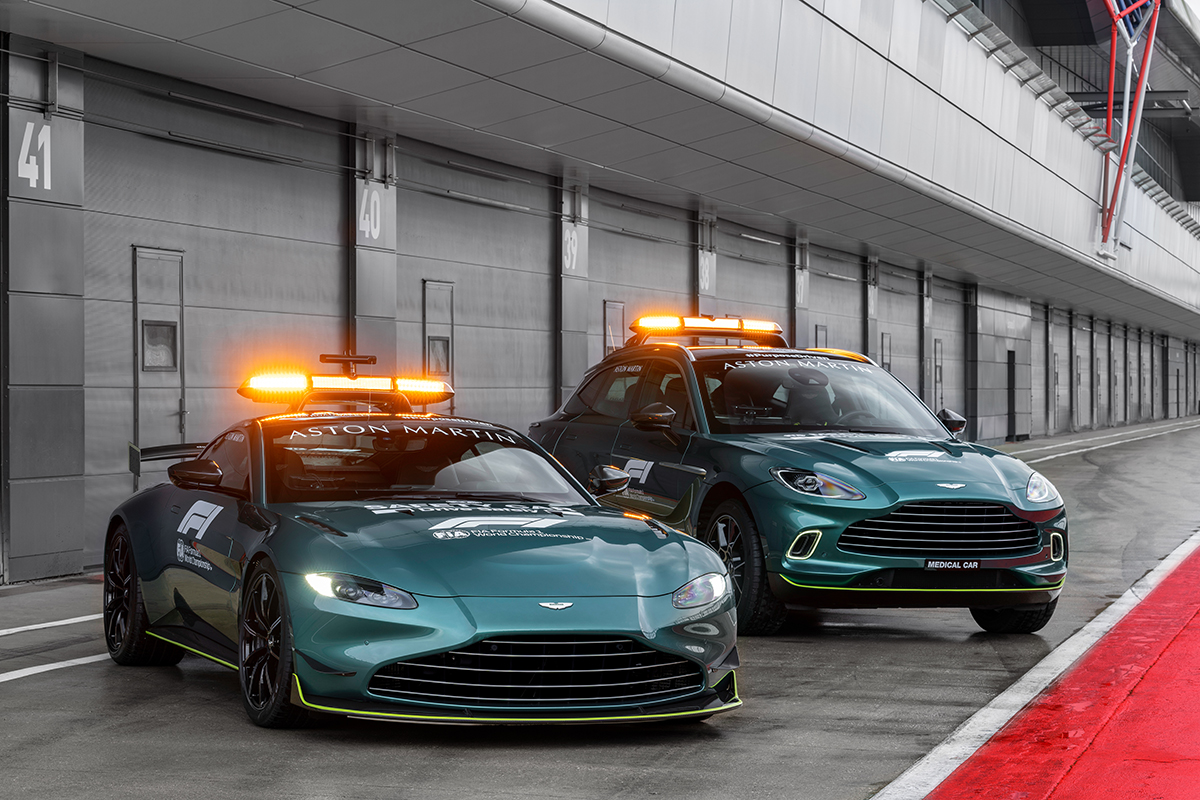 Mercedes will share the supply of the Safety and Medical cars for the 2021 Formula 1 season.

Aston Martin has provided a specifically-tuned Vantage with which Race Control can manage the field, while the Medical Car will utilize an Aston Martin DBX.

The Aston Martin Vantage has been specially fettled for F1’s use, with power increasing from 510bhp to 535, with a wider torque curve (though unchanged peak torque figures of 685Nm).

The manufacturer claims a vaned grille will see the front splitter generate more than 150kg of downforce at 200 km/h, up by more than 60kg over the production model.

Further changes have been made to the suspension, steering and dampers, with increased structural stiffness.

Mercedes had exclusively provided the Safety Car to F1 since the 1996 Belgian Grand Prix, originally with the AMG CLK 55. Since 2018, the Mercedes-AMG GT R has been used.

For the coming season the marque will supply a Mercedes-AMG GT R for use as the Safety Car, and a C 63 S Estate for the Medical Car.

Both will be decked out in red, while the Aston Martin’s will be painted green.

Mercedes and Aston Martin do have a technical relationship which sees components from the German manufacturer used in the British brand’s cars.

That extends into motorsport, with the Aston Martin AMR GT3 sporting a Mercedes engine.

In Formula 1, Aston Martin has taken over the naming rights of the team that was last year known as Racing Point, and boasts a Mercedes power unit.

Exactly how the two brands will share the role in providing F1’s official vehicles has not been detailed.

Bernd Mayländer will continue in his role as Safety Car driver, the German having held the gig for more than 20 years.

Aston Martin is set to make their debut in their new roles at pre-season testing, starting on Friday in Bahrain, ahead of the season proper on March 26-28. 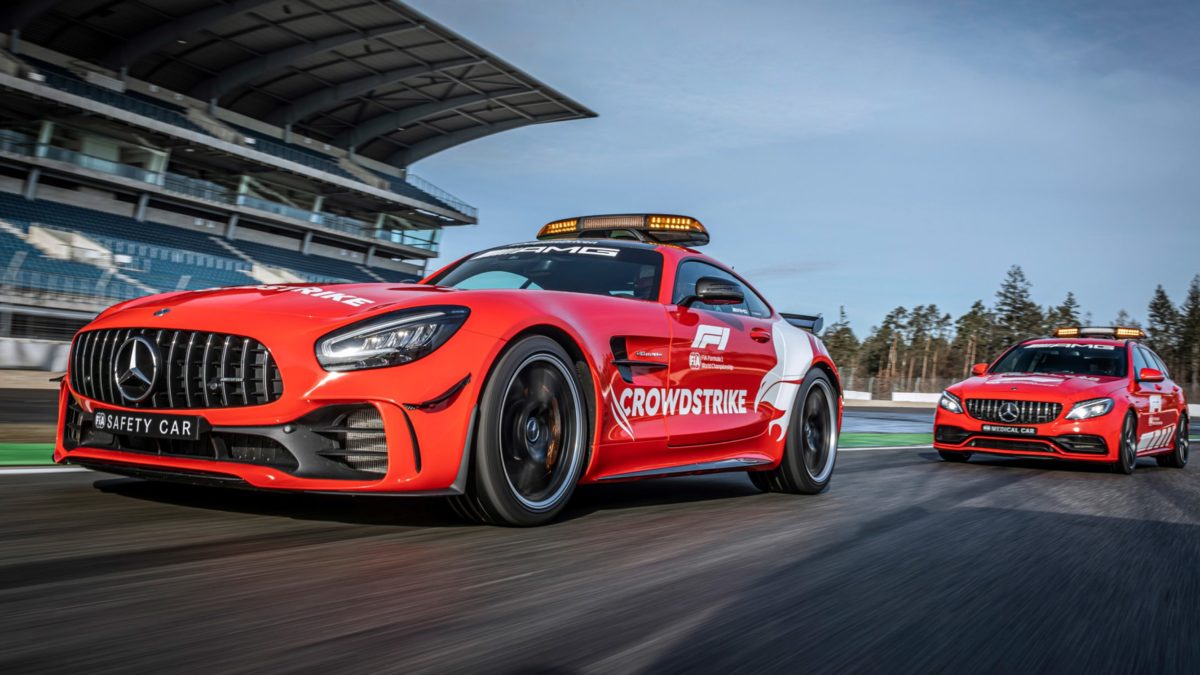