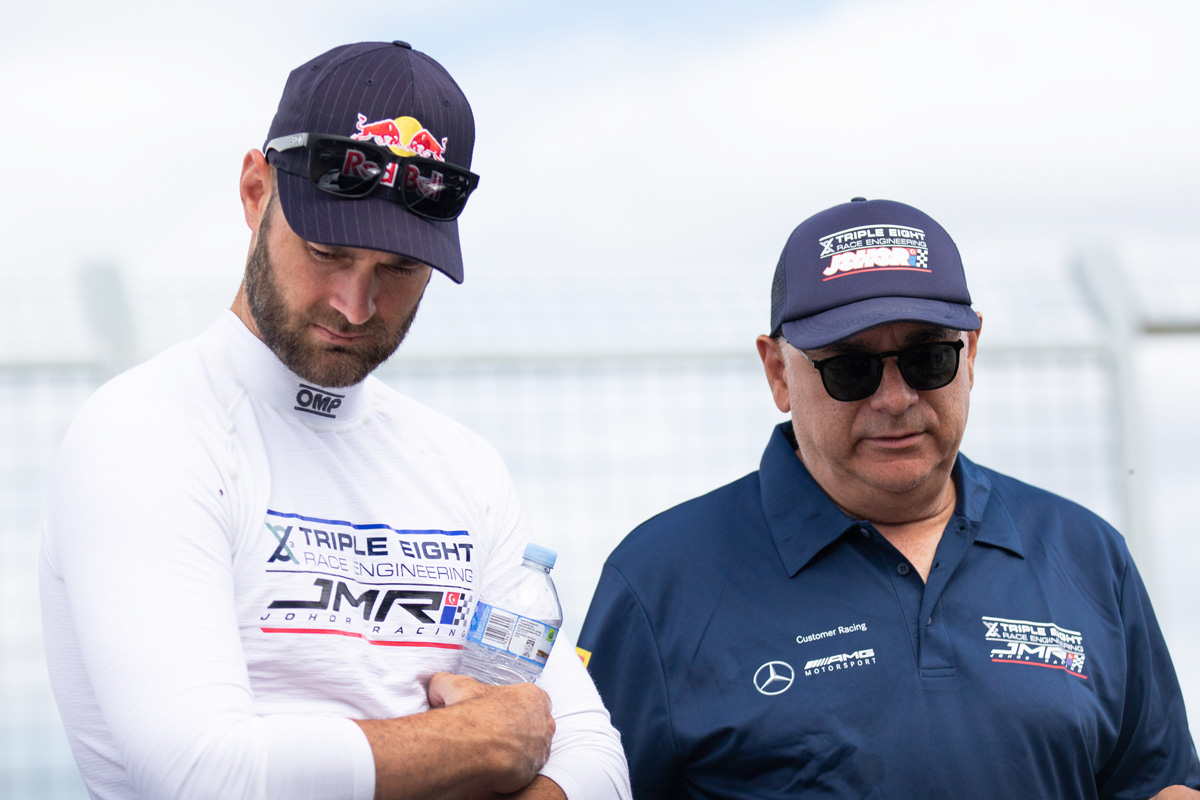 Red Bull Ampol Racing admits it has a plan B should championship leader Shane van Gisbergen be unable to compete at Sandown in less than a fortnight.

The 2016 Supercars champion broke his left collarbone in a mountain biking accident on Saturday and was promptly operated on in Brisbane.

Van Gisbergen was subsequently ruled out of the Fanatec GT World Challenge Australia Powered by AWS season-opener this coming weekend at Phillip Island, with Jamie Whincup stepping in to partner His Highness Prince Jefri Ibrahim in the Triple Eight AMG GT3 Evo.

The situation has sparked doubts about the #97 driver’s availability to contest the Penrite Oil Sandown SuperSprint on March 20-21.

His team, however, remains confident that there should be no issue.

“We were fortunate with Shane that he was able to be operated on within a matter of hours and the operation went very well,” said a RBAR spokesperson.

“It’s a standard operation that is done on an awful lot of sportspeople around the world and medically there’s no reason why he shouldn’t be at Sandown. That’s all on track at the moment.”

A back-up plan is in the works though if need be, with van Gisbergen’s Bathurst 1000 co-driver Garth Tander among the seemingly logical options.

“Of course there is a plan B being considered in the background but currently it’s not looking as though that will be needed. Fingers crossed the positive trajectory continues,” continued the spokesperson.

Van Gisbergen holds a 33-point lead from Chaz Mostert in the 2021 Repco Supercars Championship after sweeping both legs of the Mount Panorama 500.