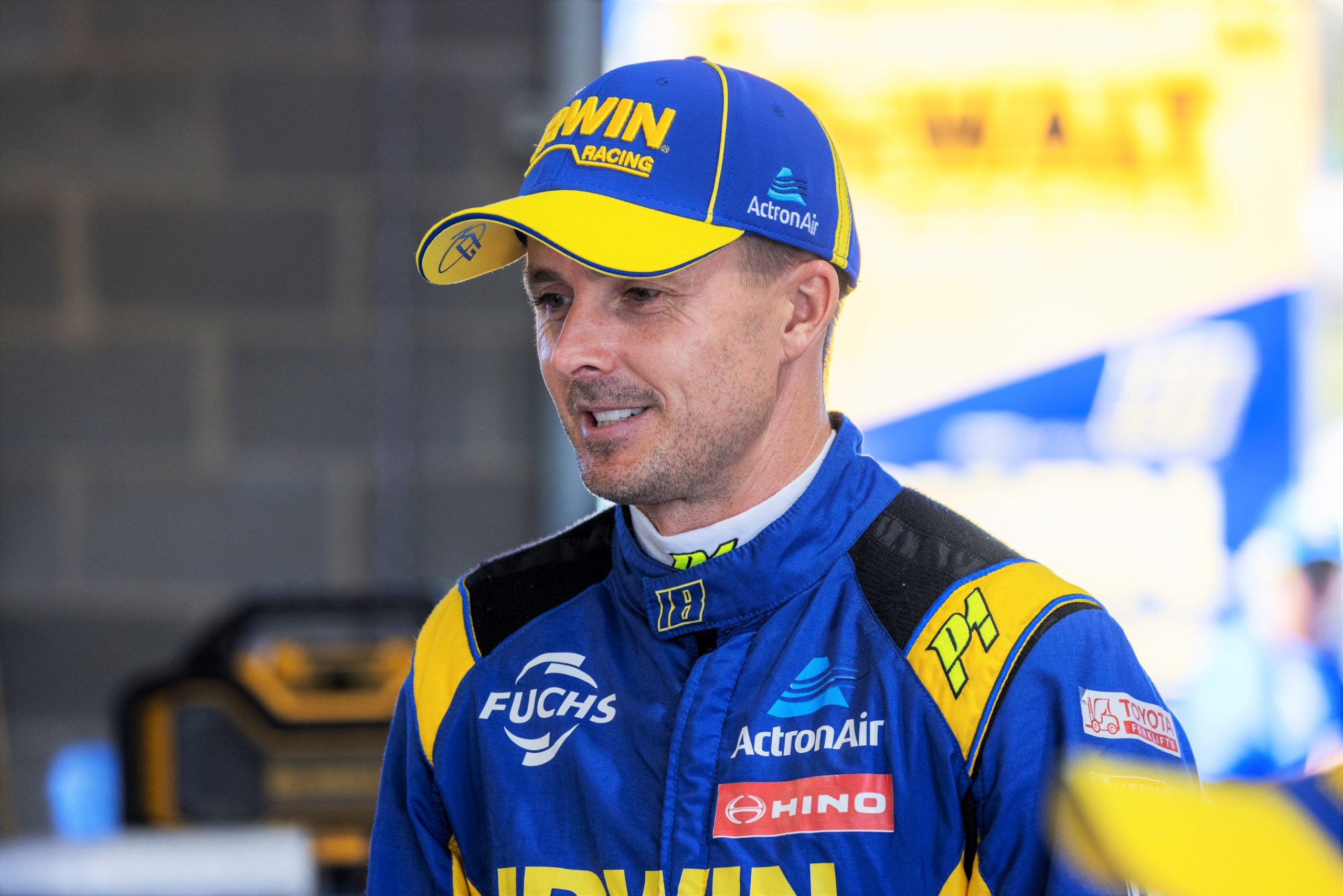 Mark Winterbottom says leaving the opening round of the Repco Supercars Championship third in the drivers’ standings is a major coup for Team 18.

The Irwin Racing driver fell short of recording his first podium with the team, claiming finishes of fourth and fifth at the season-opening Mount Panorama 500.

It’s the first time Winterbottom has opened his season with back-to-back top five finishes since 2014 with the then known Ford Performance Racing.

Speaking with Speedcafe.com, Winterbottom hailed the team’s effort for a strong opening account.

“This for us is probably a nine out of ten I would think,” said Winterbottom.

“Because it’s not a podium, it’s not a win – which is obviously the pinnacle – but everything went smooth.

“The reliability, the structure of the team, it’s really good, no mistakes.

“I feel performance-wise we didn’t put a foot wrong, so it was good.

“We ticked every box, just not getting a trophy. P3 in the points means alot to me.”

While Winterbottom is conscious that it’s early days in the title race, the Team 18 driver remains upbeat by his outright speed.

“It’s nice to get the ball rolling, not just a flash in the pan. We backed it up on Sunday and actually we were probably more competitive with fewer cars failing.

“We genuinely drove past [Will] Davison’s car, we drove past [Jamie] Whincup. We had some pace, which is really cool.

“I was just saying to Charlie [Schwerkolt, Team 18 owner], when you look at the personnel here, we have got such a good team.

“We should build and get better, so yeah it’s good for round one. I wasn’t expecting this I guess in round one.”

The weekend was punctuated by incidents for several drivers, including team-mate Scott Pye who was an early victim in Race 1.

Front runners Anton De Pasquale of the Shell V-Power Racing Team and CoolDrive Racing’s Tim Slade both fell fowl to The Mountain, the latter forced to withdraw from the weekend.

Winterbottom said changeable conditions at Mount Panorama made for a challenging circuit throughout the weekend.

“It was probably the trickiest conditions apart from hail or rain that we’ve had here,” said Winterbottom.

“The wind direction, UV, cold, hot, and you had to be on it from lap one. It was really tough.

“Giz [Shane van Gisbergen] winning both days that was big. Cam[eron Waters] was quick both days, Chaz [Mostert] wasn’t as quick [on Sunday], but people had two good days.

“Then you see the other extreme where cars were in the fence writing off, so it was hard to be consistent here. Lots can go wrong.”

Winterbottom said he’s conscious he needs to make the most of his form while others are down.

“There’s a couple that are probably that step ahead at the moment,” said Winterbottom.

“It’s interesting. You look at van Gisbergen who’s dominant and Jamie who is as good at it, there’s no doubting his ability, who couldn’t get it right this weekend.

“And then DJR dropped a notch I guess that little bit without Scottie [McLaughlin] and they are trying to find their feet.

“So it’s an interesting little dynamic. Chaz is, if he gets it all right, he’s really quick.

“It’s a weird dynamic little bit at the moment, who’s quick and who’s not. It’s a bit mixed up. That’ll change throughout the year.

“The DJR guys will get going and people are trying to get their shit together, you’re going to have good days. We should get better too, so we’ve got to maximize.”