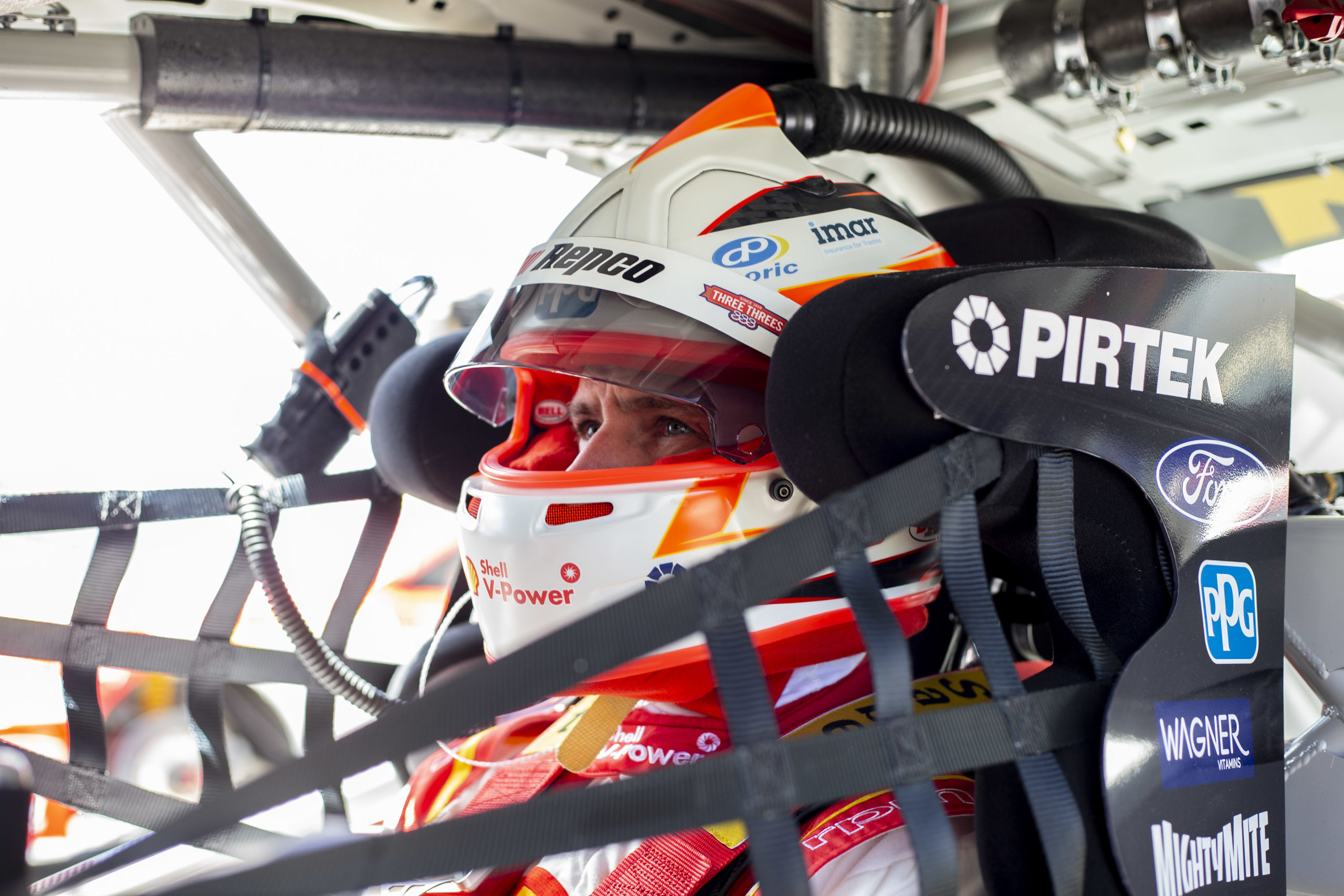 Will Davison says Tim Slade’s weekend-ending crash in the Supercars season-opener weighed heavily on his mind come Sunday at the Mount Panorama 500.

Davison and Slade both made their full-time comebacks for the Shell V-Power Racing Team and CoolDrive Racing respectively.

For Slade, it was a bittersweet return to the championship that saw him earn a front row start and fight for the podium before crashing while chasing down Davison for third.

That brought the Adelaide-born driver’s weekend to a premature end while the Gold Coaster went on to claim finishes of third and seventh.

“I was driving around every lap trying to push and just weighing up those moments, thinking of what poor Sladey did and having a few close calls,” Davison told Speedcafe.com.

“The conditions were so hot and slick. You’re just weighing it up.

“It’s really hard. It may not look that exciting from the outside, but oh my god, the cars in those conditions round there, it’s literally on eggshells.

“It’s so easy to bin it. I’m glad to just get out of there with everything in one piece.”

While the Dick Johnson Racing returnee was pleased to come away without a scratch on his #17 Ford Mustang, his event wasn’t without its own dramas.

His second race of the weekend was blighted by an off-road excursion caused by Davison hitting the brake and throttle simultaneously, dropping him from sixth to seventh. Will Davison ahead of Chaz Mostert

Davison said he wasn’t being cautious, but took a “pretty methodical” approach to his return.

“I tried to build up on it, but no matter what you say, in building up on it slowly, you’re still having close calls all the way,” Davison explained.

“At the end of the day, I’m not just cruising around knowing I’m in the top end of this category.

“You’re just trying to make those split-second correct decisions and you’re always weighing up, hanging it on the line, bring it back a notch, grab your opportunities in qualifying.

“Obviously, some of my laps at the end there were really good, but it’s probably just taking that extra lap to nail that lap.

“That was just part of my process. I didn’t want to push until I knew 100 percent what I was going to have.

“I was feeling like I was able to push harder and harder, and the car was starting to feel more natural, particularly in quali trim in the end.

“I’m really excited about what to expect with some of the events coming up. I think the car has got so much awesome potential.

“So I can feel glimpses of it. We just weren’t quite there in race trim, but we certainly made good inroads and improved it.”

Davison sits fourth in the drivers’ championship after the opening round of the Repco Supercars Championship on 225 points.

Supercars returns for its second event, the Penrite Oil Sandown SuperSprint, across March 20-21.