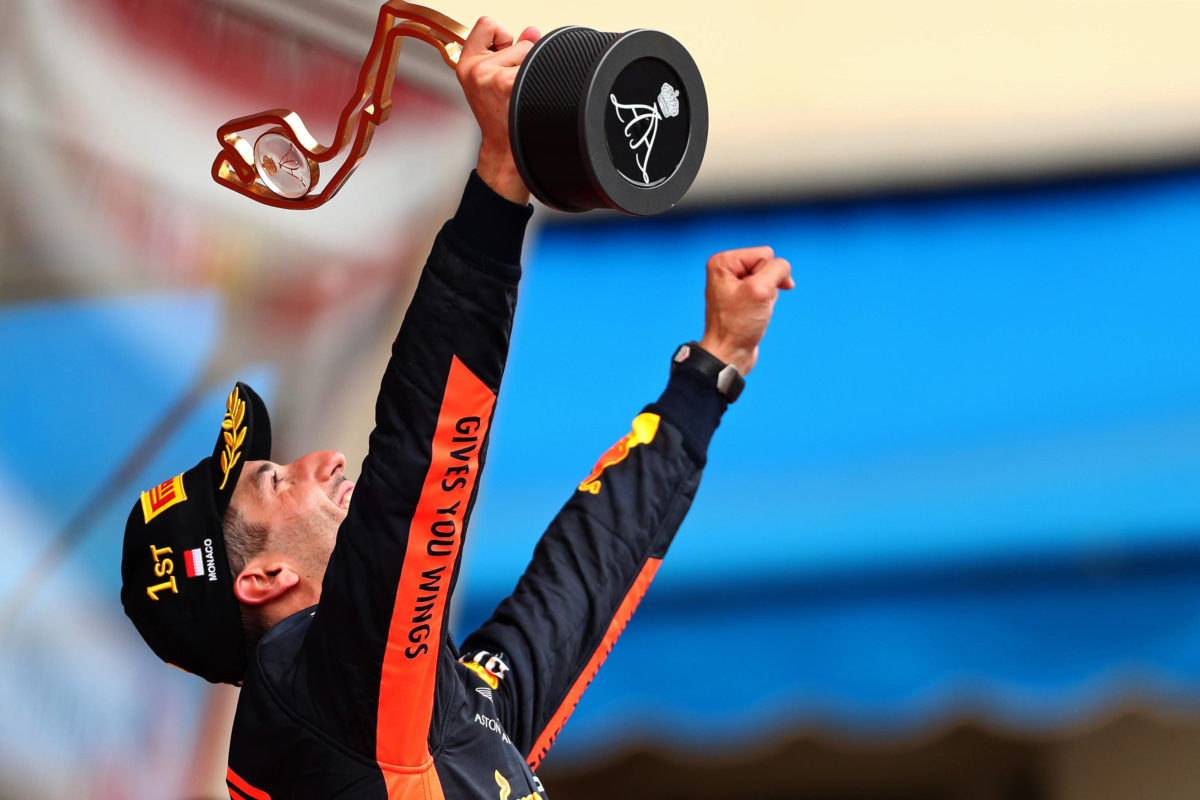 Daniel Ricciardo has expressed his hesitation regarding the introduction of sprint races into Formula 1.

The Australian is concerned their presence could detract from what a grand prix win means.

Ricciardo has seven grands prix wins to his name, the most notable of which is the 2018 Monaco Grand Prix – a race which vanquished demons of a missed opportunity two years prior.

While supportive of the idea more so than reverse grids, he stopped short of giving the sprint race concept his full endorsement.

“At first, I was a little apprehensive, but I do feel better at the thought of that [sprint races] certainly then a reverse grid,” he said.

“I think, ultimately, if the best guys and the best teams are still coming out on top and it’s not manipulated or artificial, so to speak, then I’m less scared of it.

“Competition is obviously what I love most and would love to do more races and less practice.

“In saying that, it kind of does go towards probably what I want, but I think the biggest thing is I want an F1 win to still feel as big as what it should be.

“I don’t ever want an F1 when to feel diluted or just somewhat lower than what it should.

“So as long as, if they do bring in another race on the weekend, as long as it kind of carries the same value, then I guess I’m certainly more open-minded towards that.”

Ricciardo’s position is aligned with that of his team, McLaren boss Andreas Seidl voicing his support for the sprint race concept.

“First of all, we from McLaren side, we’re also supportive of that discussion and the initiative,” he said.

“For us, as we have communicated also last year, it was simply important that when we speak about, let’s say, different race formats that it’s not something that you try to artificially change the pecking order like [a] reverse grid situation, for example, which is not the case in the discussion we are having at the moment.

“It’s now a working group to sort out the details as quickly as possible because the devil is always in the detail.

“With the commitment from all teams really supporting this initiative, I’m sure that’s something we can overcome quickly and then we’re actually looking forward to try something like this this year, and then see how we go from there towards the future.”

Previously, F1 boss Stefano Domenicali suggested that the concept could be used as a way for younger drivers to gain F1 experience given testing is now limited.

“We need to give attention once again to the rookies, the real rookies,” he said last month.

“Today, with the fact that we have less testing, we need to create [opportunities] not only in the free practice, as already is written into the regulations.

“Maybe we can create good events, highlighting the fact that we need to focus the attention on the rookies.

“We have a very good number of young drivers that are already in Formula 1, but we cannot stop that flow going on.”

Specifics regarding sprint races have not yet been forthcoming, though are expected to be confirmed ahead of the Bahrain Grand Prix later in the month.