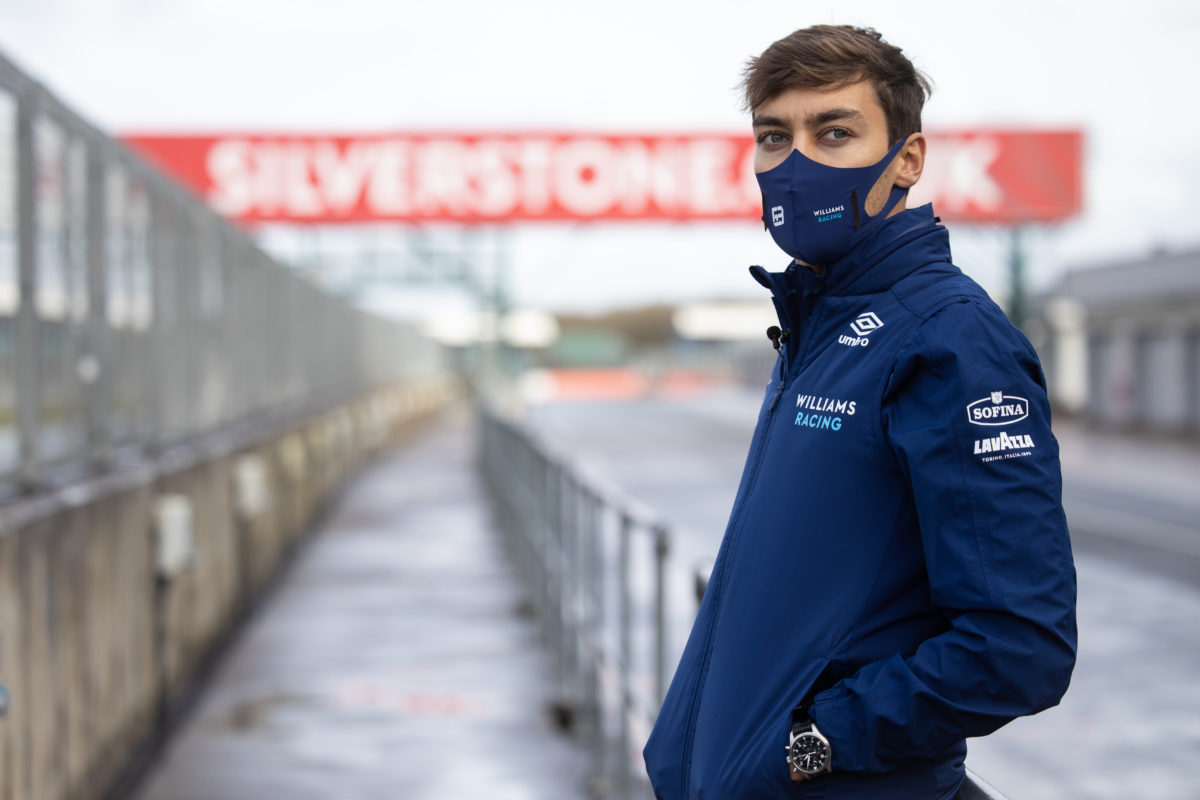 Williams driver George Russell has said he was pleased with his first impressions of the team’s 2021 Formula 1 car, the FW43B.

The team last month took to Silverstone in a secret outing during which Russell sampled the revised machine.

The revelation came as part of the team’s 2021 car launch, which saw it unveil a new look livery for the coming season.

“First impressions of the new car were good,” Russell said of the outing.

“It was a wet, cold, rainy day in Silverstone, so it always makes it a little bit tricky.

“Obviously we were only there for a promotional day, but first impressions were good.

“No issues, the day went smoothly, so it was a good start.”

Ostensibly the FW43B remains the same car which saw Williams campaigned last year to its worst ever championship result, though regulation changes have seen some downforce trimmed from it.

Changes to the floor and rear diffuser headline the tweaks in a year that will otherwise see the grid filled with highly developed 2020-spec machinery.

“We definitely see some differences on the simulator,” Russell said.

“Obviously the simulator’s one thing, hopefully we can bring that into the real world.

“Until we get to Bahrain, we step foot into a qualifying session on Saturday afternoon, nobody’s going to know.”

Russell this year enters his third season in Formula 1, the entirety of which has been spent with Williams, aside from a one-off outing with Mercedes at the Sakhir Grand Prix last year.

That prompted speculation he could be catapulted to the factory team, given the Russell is a member of the German marque’s academy.

With Lewis Hamilton having only signed on for one more year, Russell is viewed by many as the logical successor to the seven-time champion.

The 23-year-old will be joined by Nicholas Latifi for the coming season, pre-season testing for which begins in Bahrain next week.