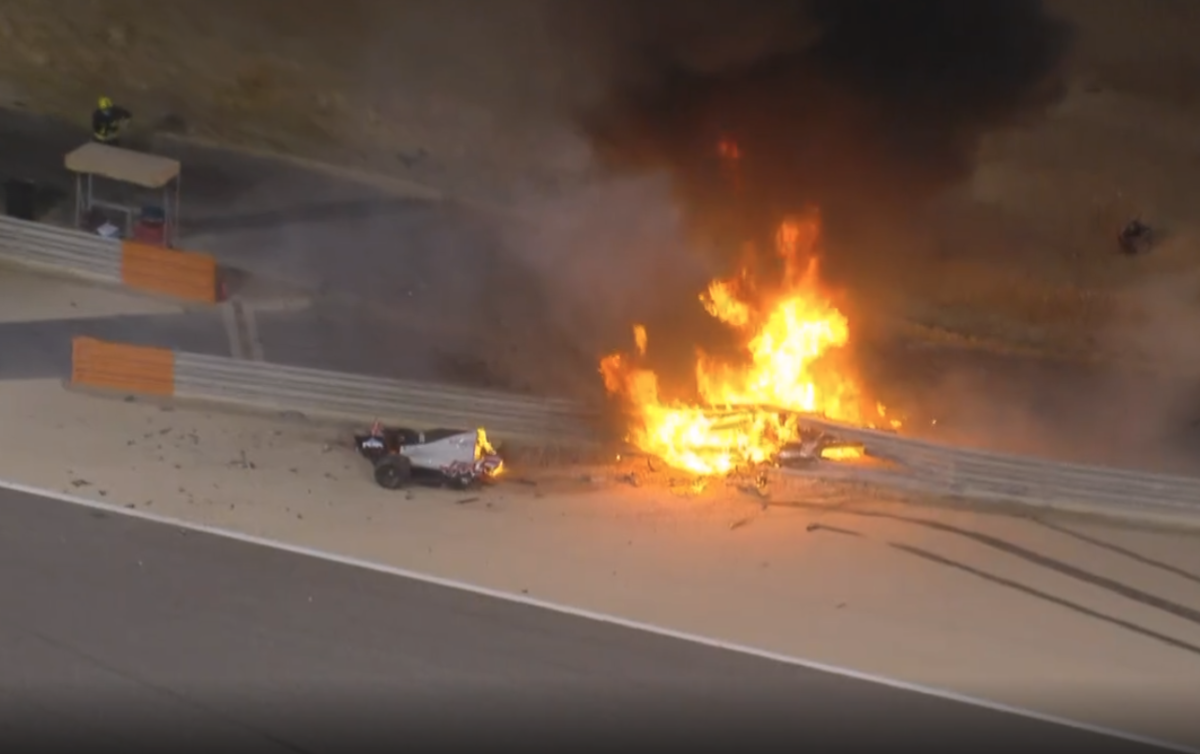 The FIA has concluded its investigation into Romain Grosjean’s fiery crash at the Formula 1 Bahrain Grand Prix last November.

Its report provides extensive detail of how the crash occurred, its immediate aftermath, and response from medical crews.

The outcome of the investigation, combined with others during the course of 2020, has been a widening of a number of safety initiatives already in flight.

That includes work on driver’s gloves and helmets, in car fire extinguishers, a review of fuel bladder systems, and an examination of the circuit homologation process.

Grosjean lost control at 241 km/h after contact with Daniil Kvyat on the opening lap of the Bahrain Grand Prix as they exited Turn 3.

That pitched the Haas driver sideways which resulted in an impact with the inside barrier at 192 km/h and at an angle of 29 degrees, with an estimated yaw of 22 degrees to the direction of travel and a resultant peak force equivalent to 67g.

The impact saw the middle rail of the barrier fail, allowing the car’s survival cell to penetrate.

In the impact, the power train assembly was torn from the survival cell.

The fuel tank inspection hatch on the left-hand side of the chassis was dislodged and the engine fuel supply connection was torn from the fuel tank ‘safety bladder’; both providing primary paths for the escape of fuel from the tank.

It was found all driver safety equipment performed as expected. 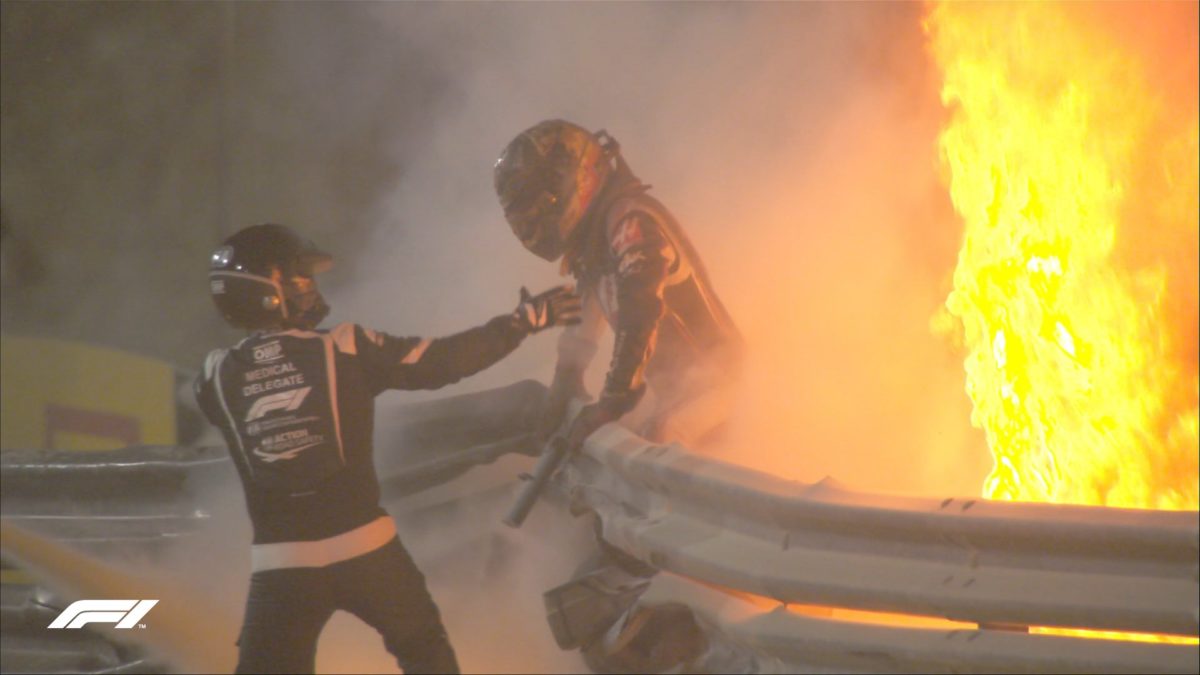 Nonetheless, Grosjean’s exit from the car was hindered by his left foot becoming trapped under the brake pedal.

Once free, the Frenchman climbed out of the car unaided 27 seconds after the crash.

Medical crews meanwhile were found to be onsite after 11 seconds, having demonstrated pre-planning and local knowledge by shortcutting Turn 1.

Race Control responded by red flagging the race 5.5 seconds after the crash.

“Important learnings have been drawn from these investigations that will drive our continuous mission to improve safety in Formula 1 and global motor sport,” said FIA president Jean Todt.

“The enduring commitment of the FIA, particularly the Safety Department, on reducing risks associated with motor sport enabled Romain Grosjean to maintain consciousness and survive an accident of this magnitude.

“Safety is and will remain FIA’s top priority.”

FIA safety director Adam Baker added: “Incidents involving fire of this scale are thankfully rare, so it is very important to learn what we can, including the interaction with the high voltage system.

“The efforts of those involved were heroic and have quite rightly been the subject of much praise.

“Following the approval of our findings by the World Motor Sport Council, we will integrate the actions into the ongoing work.”

The investigation of Grosjean’s crash was one of 19 undertaken by the FIA Safety Department during 2020, and has seen it renew focus on a number of initiatives in key areas;

The FIA Safety Department is also planning further research projects such as: