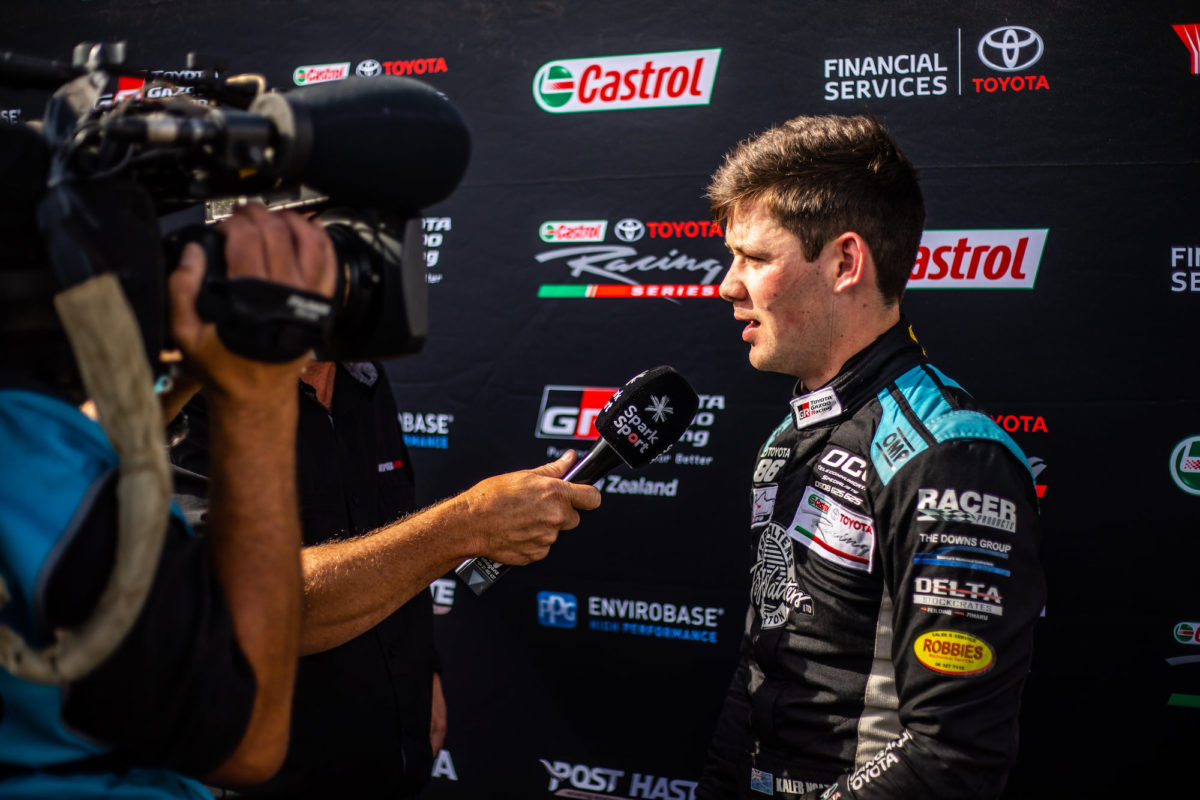 New Zealander Kaleb Ngatoa will debut in the VHT S5000 Australian Drivers’ Championship this month, although current restrictions mean he does not yet know at which event that will be.

Ngatoa is from the town of Marton but a recent visit to Auckland means he is obliged to serve 14 days’ worth of quarantine upon arrival to Victoria, which plays host to S5000 at Phillip Island on March 12-14.

If that requirement is not dropped in time, the 19-year-old would still be able to contest Round 3 at Supercars’ Penrite Oil Sandown SuperSprint, in the Victorian capital of Melbourne, on the following weekend.

Once he does start his stint in S5000, Ngatoa will see out the balance of the four-round season in the Team BRM entry which has been vacated by Europe-bound Tommy Smith.

“I’m really looking forward to coming over and racing against a group of such well-qualified drivers, in what looks like an awesome car,” said the Kiwi.

“My learning curve is going to be pretty sharp, regardless of which event we’re able to kick off at.

“Either way, it’s going to be an awesome experience.”

Ngatoa finished second in the recently completed Castrol Toyota Racing Series, in which he qualified on pole for the New Zealand Grand Prix in a field which included Shane van Gisbergen and Andre Heimgartner.

He also has four major New Zealand karting titles to his name, and took out the 2016 Formula First Manfeild Winter Series.

“It’s terrific news that a young Kiwi is headed our way to join the S5000 series – but somewhat frustrating that NZ’s latest COVID-19 outbreak in Auckland could potentially cost him a debut at next week’s Phillip Island event,” said S5000 category development manager Chris Lambden.

“We’re following it very closely and they’re hopeful that they can make it over in time once restrictions ease. If not, he’ll definitely be in for Sandown the week after.

“Kaleb is very well thought of over there and has the support of long-time NZ motorsport mentor and supporter Peter Johnson, who along the way was part of the support mechanism for Scott Dixon and, more recently, Brendon Hartley.

“S5000 is a logical step after TRS for New Zealand drivers, so I’m hoping he’s the first of several – especially when we announce our plans for later this year.”

Team BRM owner Mark Rundle added, “We’re excited to have Kaleb join the team for the remainder of the championship.

“His efforts first time up in the recent TRS series were terrific so, even though he is relatively inexperienced, he should be sharp and on form.

“Phillip Island or Sandown, however it pans out, are both challenging circuits to start his S5000 career but, based on how he has performed in New Zealand, we’re confident he’ll get up to speed quickly.”

Another BRM driver in Thomas Randle leads the S5000 Australian Drivers’ Championship after Round 1 at Symmons Plains in January.