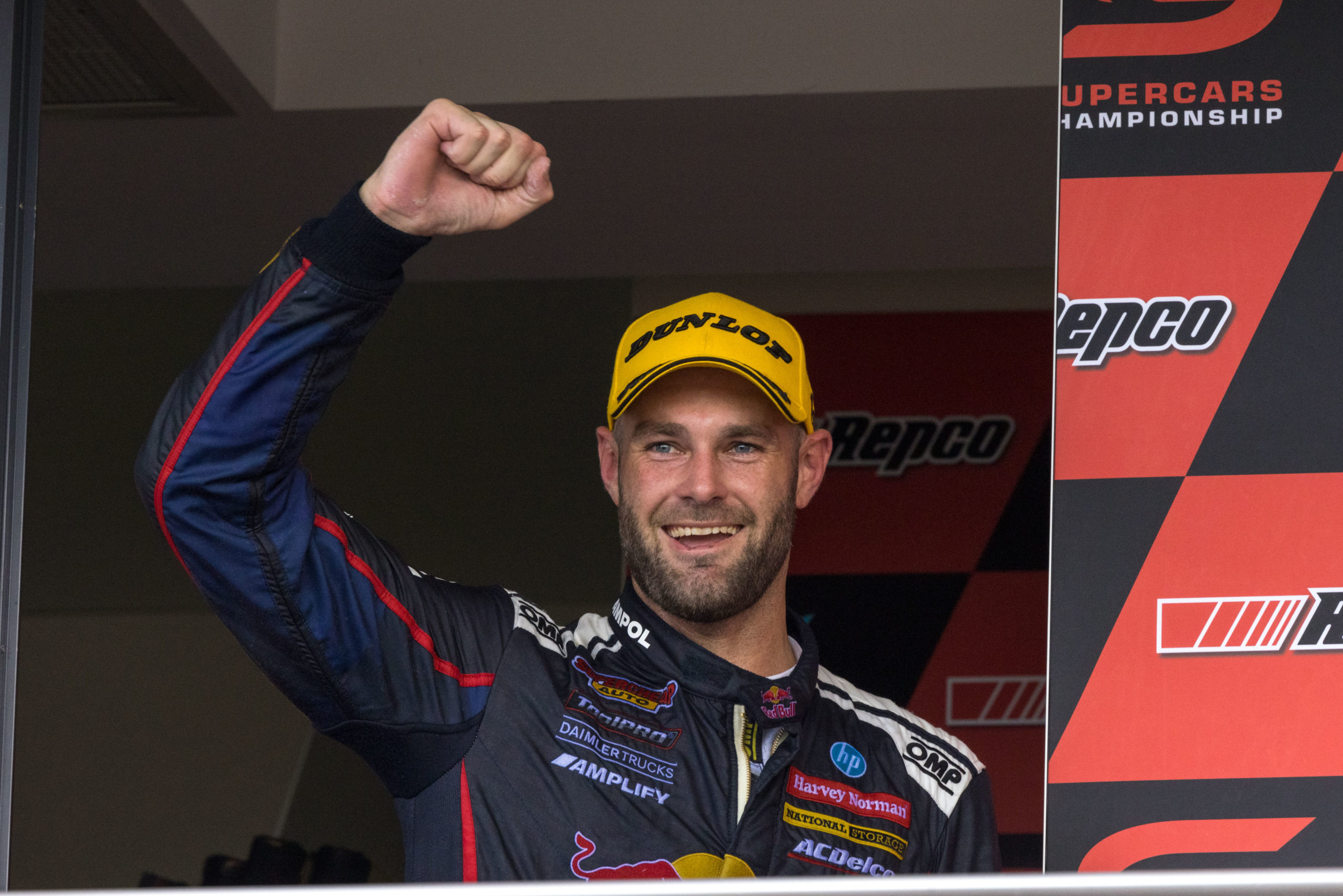 After winning last year’s Bathurst 1000 with Garth Tander, van Gisbergen returned to his home in Auckland.

In the three-month break between Supercars seasons, van Gisbergen made the most of his time at home by winning the Battle of Jacks Ridge rally sprint and New Zealand Grand Prix.

The latter event saw van Gisbergen start from the pit lane after setting off the fire extinguisher in his car, going on to pass every car and take a comfortable victory. It was a win he hailed “one of my best” to date.

That capped off a dominant return to the Castrol Toyota Racing Series in which he won all three races at Hampton Downs Motorsport Park.

The Kiwi also won his class in his competitive rallying debut in the City of Auckland Rally driving his father’s Ford Escort RS1800.

A season of speedway was also on the cards but lasted just one event before Dane pulled the plug after the 31-year-old narrowly escaped a pile-up on his top-flight Midget debut.

Upon returning to Australia, van Gisbergen swept the opening round of the Repco Supercars Championship at the Mount Panorama 500.

Speaking after Sunday’s race, Dane said the team has to make the most of van Gisbergen’s run of form.

“We’ve got to keep on working hard, but at the end of the day you’ve put the best driver with the best engineer, so you should get a good result,” Dane told Supercars Trackside.

“We’ll carry on doing what we’re doing. Shane’s in an awesome streak of form coming off messing around in New Zealand over the summer. So we need to take advantage of that and hopefully keep this momentum going.”

Van Gisbergen said he often found himself in the right equipment while racing in New Zealand, giving him the confidence to be competitive.

“All the cars I drove, all the teams I drove for were top-notch, always being in the right place at the right time made a huge difference.

“The Grand Prix was great fun. I made it hard for myself setting the fire extinguisher off,” he laughed.

Van Gisbergen’s next hit-out will be at the Penrite Sandown SuperSprint across March 20-21.