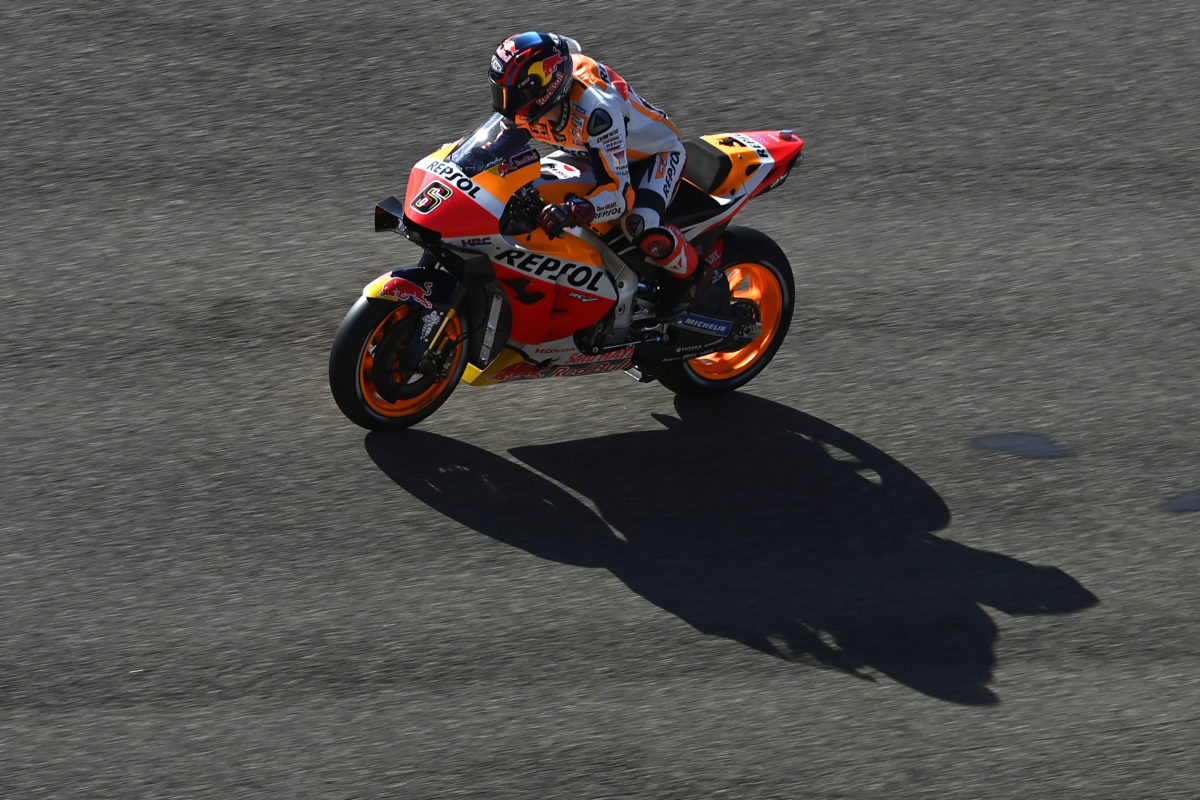 Bradl entered 12 of the 14 rounds which were held last year while Marc Marquez was sidelined with a broken arm, but maintained his privileges as a Honda Racing Corporation test rider.

That included being able to ride the Japanese marque’s grand prix bike, the RC213V, at Portimao a month before it hosted MotoGP for the first time, and the German has been testing it again over the northern winter despite the likelihood that he will race at the start of the 2021 season.

KTM’s motorsport director, Pit Beirer, makes that to be “unfair” given Honda is not a concession manufacturer, and has forecast that the Motorcycle Sports Manufacturers’ Association would consider advocating for a rule to address such situations.

“I don’t think it’s fair that he does so many tests and at the same time races the grand prix as he did.

SRT welcomes Valentino Rossi to the team alongside incumbent Franco Morbidelli this year, while Repsol Honda has signed Pol Espargaro to join the elder Marquez.

The latter has already ruled himself out of pre-season testing but Bradl, as a test rider, will be in action at the Shakedown Test at Losail when it kicks off tomorrow night (AEDT).

The first Official Test of the year follows at the Qatar circuit over the subsequent two days.