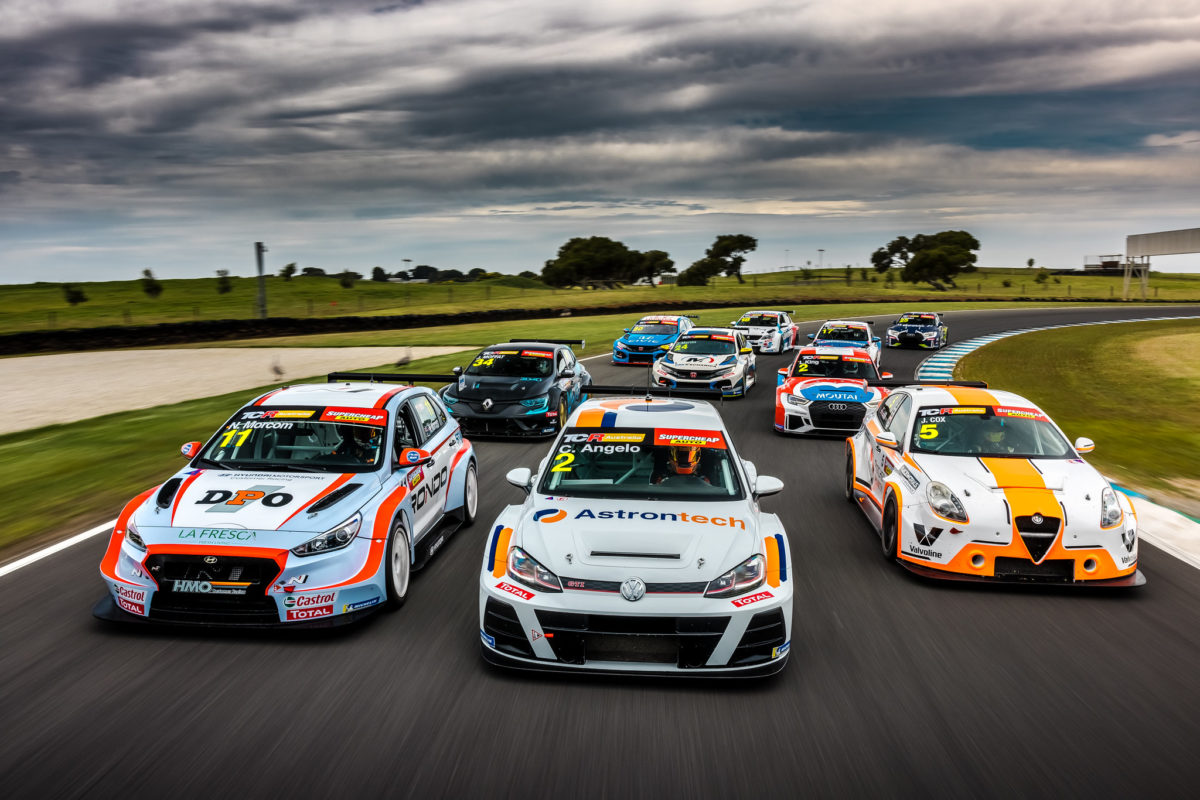 The schedule has been released for this month’s Shannons Motorsport Australia Championships round, headlined by Supercheap Auto TCR Australia, at Phillip Island.

The event, which was to have been held in mid-February before Victoria’s most recent lockdown, will also feature the VHT S5000 Australian Drivers’ Championship, Fanatec GT World Challenge Australia Powered by AWS, Porsche Michelin Sprint Challenge, the National Trans Am Series, and Porsche 944 Challenge.

All six series will be on track for practice on Friday, March 12, with qualifying also that day for GT World Challenge, Porsche Michelin Sprint Challenge, and Trans Ams.

The rest qualify on Saturday morning, with the first of three Supercheap Auto TCR Australia Series races kicking off that afternoon at 14:25 local time/AEDT.

Two more 15-lappers follow on Sunday to complete Round 2 of the hot hatch series, with Saturday and Sunday action telecast on 7mate and streamed on 7plus.

Jordan Cox leads fellow Alfa Romeo driver Lee Holdsworth after the opening points-paying round of the TCR season at Symmons Plains in January.

See below for broadcast and streaming details