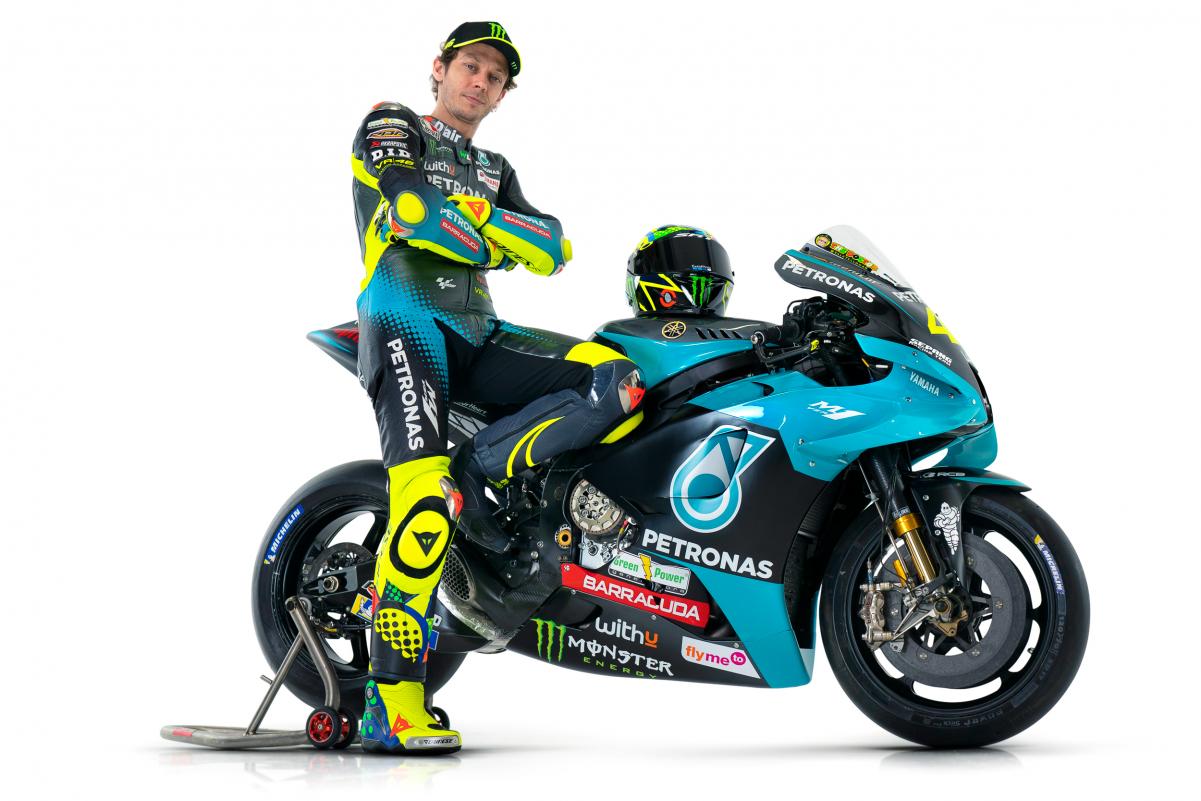 Valentino Rossi in a photoshoot for SRT’s season launch

Valentino Rossi has described 2021 as “a very important season” ahead of a decision about whether he will go around for a 27th time next year.

The seven-time premier class world champion’s career moves into something of a new phase this season as he takes up residence away from the works team at Petronas Yamaha SRT.

Rossi had been uncertain about continuing to race beyond the 2020 campaign, hence Yamaha’s decision to lock away Fabio Quartararo in his place before that season started, but eventually signed a new deal with the factory.

Whether or not that one-year agreement is his last as a MotoGP rider remains to be seen, although the 42-year-old has gone some way to explaining his thought process.

Rossi has finished on the podium only three times in the last two years, after a shocking 2019, and a 2020 which started with promise but fizzled out due to performance deficit of the factory-spec M1s and a COVID-19 infection.

His target for this year is to at least be in the fight for grand prix victories.

“But I don’t race just to spend time. This is a very important season for me, because I come from the last two seasons – ’19 and ’20 – that are less than what I expected, especially in the result.

“I hope that the season also if the COVID is not fixed will be more normal than last year, that we can use all the different tracks in the right period.

“And the target is to be strong, be competitive from the beginning to the end.”

Whether or not Rossi gets to race in 2022 depends in no small part on the performance clause(s) which is said by SRT team principal Razlan Razali to exist in his current contract, although no further detail is known given it is with Yamaha directly.

The man himself says that he plans to decide on his future in the summer break, similar to the plan he had last year before the season was delayed due to the COVID-19 pandemic.

“I will decide during the summer break,” explained Rossi.

“So, in the middle of the season.

“I want to make half a season and then my decision is from the result.

“It’s not an easy decision, but for sure everything depends on the results.

“I think if I can be competitive, if I can fight for the victory, for the podium, I can continue also another year.

“It will change a lot my life, but I am not very worried. I know I’ve had a long, long career and I’m happy.”

SRT, meanwhile, is looking at a new agreement with Yamaha for the next team participation cycle, covering 2022 to 2026.

There had been friction between the two parties over a number of issues, although that has now apparently been resolved after their post-season debrief.

The 2021 campaign steps up a gear tomorrow night (AEDT) when the Shakedown Test takes place at Qatar’s Losail International Circuit, before the first Official Test begins on the following night.