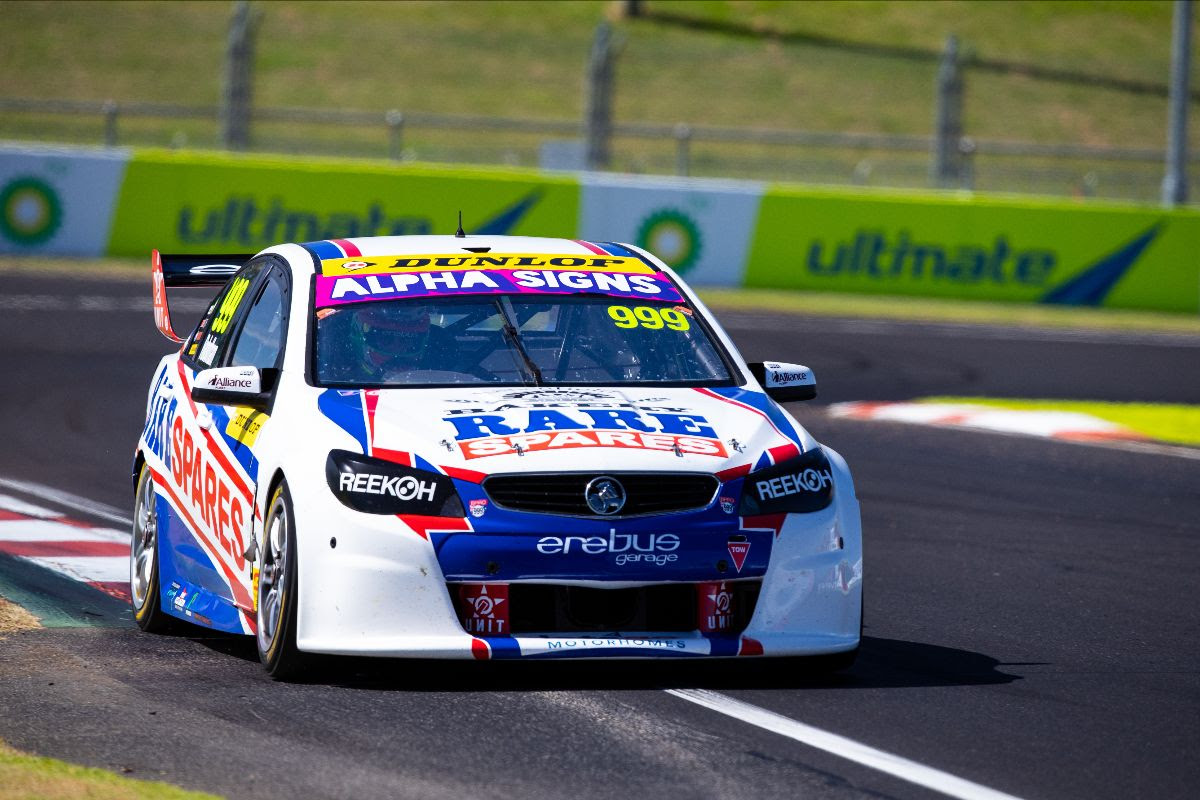 Jaylyn Robotham admits he was shocked by the difference between a Super2 and Super3 car when he debuted in the former at Mount Panorama.

Robotham stepped up to the Dunlop Super2 Series in the Erebus Academy Image Racing entry after just the two rounds which Super3 got away last year.

Then, he was the class winner in all four races in an MW Motorsport FG Falcon, built by Tickford Racing to Project Blueprint specification.

While he had already driven several Car of the Future vehicles, Round 1 of the 2021 Super2 season at Bathurst was his first time there in such machinery.

Robotham left Mount Panorama eighth in the series, with a high-water mark of fifth in the latter of two races.

That came after qualifying 11th on the Saturday in the VF Commodore which Brown put on pole twice at Bathurst last October, and 10th on the Sunday.

“I was quite shocked by the difference between the Super3 car and the Super2 car at the mountain,” he explained.

“I had to adapt to a different driving style and I also had to drive this car a lot harder to get the speed out of it.”

While the Victorian only gained one spot relative to where he started in Race 1, he was in the thick of proceedings in Race 2.

Robotham took the chequered flag in sixth before a penalty for Broc Feeney gave him another spot, and he was pleased to have crept up the order through the weekend.

“I was very happy with my first weekend,” he said.

“Going into the round, I knew the competition was going to be tough.

“We knew we had speed so it was just a case of me pulling it all together, which we were able to achieve by the end of the weekend.”

On the final session of the round, he added, “I got a pretty good start in the second race.

“I started off P10 and got up to eighth by Lap 2, I was holding my ground.

“Mistakes from the cars in front allowed me to capitalise and make some moves, I ended up having some pretty good battles.

“I crossed the line in sixth but due to a car in front getting penalised, I was able to get my first top five in Super2 which I’m pumped about.

“Race 2 was definitely the highlight of my weekend.”

Image team-mate Jordan Boys, in another ex-Erebus VF Commodore, leads the series ahead of Round 2 at the Winton SuperSprint on May 29-30.