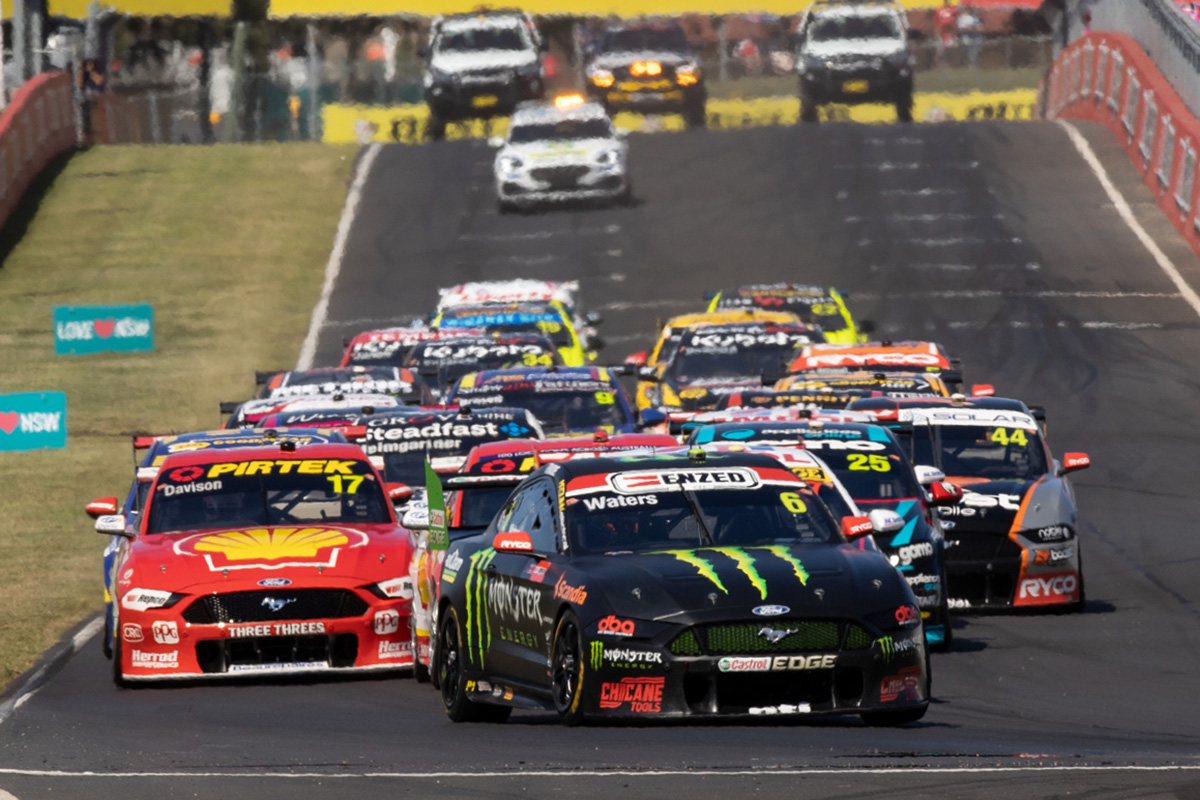 After an elongated off-season due to the coronavirus pandemic, the Repco Supercars Championship got underway in earnest at Mount Panorama.

There were plenty of storylines out of a wild weekend, which saw some drivers succeed while others struggled.

In this first edition of Standouts, Shockers, Surprises, we look at all the big talking points from the Mount Panorama 500. Supercars ushered in a new era with Channel 7 and Fox Sports broadcasts led by a star-studded commentary line-up.

While there was little wrong with the pit lane commentary line-up of old, Fox Sports nailed it’s new look with Garth Tander’s appointment to the team.

The four-time Bathurst 1000 winner’s contemporary knowledge made him an ace at interviewing drivers in the lane and an interested voice in the Super2 Series commentary.

Oh, and of course Larko, though little really needs to be said there.

At Channel 7, there was positive feedback for Jack Perkins too while Mark Beretta returned after an extended absence.

While some grizzled about the addition of Hi-5 star Charli Robinson, she showed her value as an engaged interviewer and strong lead in colour content.

She also rolled out a quality one-liner in response to Chaz Mostert saying points and numbers weren’t his strong suit, commenting “I certainly can count to five, don’t ask me why”.

The broadcast wasn’t without a few teething issues though. The graphics package was a little slow at times and suffered a few glitches. However, that can be forgiven so early in the piece.

Erebus Motorsport were the talk of the town in 2020 with a cloud constantly cast over the team amid an exodus of personnel.

The new-look team seemingly shook off any behind the scenes dramas, coming out strongly at The Mountain with rookie duo Will Brown and Brodie Kostecki.

The team’s efforts were two-fold, first in repairing Brown’s car overnight and then in giving Kostecki a car quick enough to qualify him comfortably inside the top 10 to make the Saturday shootout.

While its drivers fell short of a top 10 finish in either race, the vibe is certainly a lot happier within the camp led by Barry Ryan and Betty Klimenko.

Three times in the last five years Shane van Gisbergen has swept the opening round of the season.

It’s an impressive feat considering the last driver to do that before him even once was Jamie Whincup in 2010.

The Kiwi wasn’t entirely dominant, inheriting the lead in Race 1 after Cameron Waters struck power steering troubles. However, it was his Race 2 efforts where he earned his keep.

Coming from behind, van Gisbergen put his faith in engineer David Cauchi to execute an undercut and usurp Waters in the pit stop sequence.

From there, he cut fastest lap after fastest lap, stretching his legs out to an insurmountable six-second lead. While it was all smiles in the #97 garage, Whincup was left wincing as he struggled to match his team-mate’s pace.

Whincup never appeared in contention and ultimately recorded finishes of sixth and seventh in the opening encounter.

A better result might have been forthcoming in Race 1 if not for a double stack in the pit lane, but the seven-time champion was outclassed in Race 2, finishing 30 seconds in arrears of van Gisbergen.

The team’s weekend was plagued by mechanical dramas, firstly for Nick Percat who failed to set a time in qualifying with an electrical issue that reared its head again in the race.

It was a costly weekend for the team. Todd Hazelwood and Macauley Jones both received overnight engine changes while Jack Smith was given a new gearbox.

Hazelwood came out the other side of the weekend the best placed BJR driver in the championship in 13th while Percat was 14th.

It’s a below-par start to 2021 for the team that showed plenty of promise throughout 2020.

There was a weird, if seemingly deliberate, narrative throughout the weekend to label Supercars fans ‘customers’ on the broadcast.

It wasn’t well-received by all, with some fans taking to social media to express their disapproval, perhaps feeling a bit belittled.

It’s an especially odd turn of phrase in the wake of the Mark Larkham debacle that saw Supercars reverse their decision to drop the presenter from its presenting line-up. After all was said and done come Sunday afternoon at Mount Panorama, Walkinshaw Andretti United sat second in the teams’ championship standings.

Chaz Mostert led the team’s charge with two podiums supported by Bryce Fullwood who earned a top five finish in the opener.

There was always an expectation that Mostert would be a contender, but it was Fullwood who turned heads in what is only his second season in the championship.

It’s been over a decade since Walkinshaw Andretti United last won the teams’ championship, their last coming in 2009.

While Triple Eight Race Engineering and Tickford Racing are early favourites to have their drivers fight for the title, a combined effort from Fullwood and Mostert may see them vault up the pit lane pecking order.

Few would have predicted Fabian Coulthard would be out-qualified by Team Sydney stable-mate Garry Jacobson, not once, but twice.

Having come from the champion outfit DJR Team Penske, there was an air of expectation that Coulthard would walk away from Jacobson.

But the bus driver from Shepparton held his own in qualifying perhaps with previous knowledge of Triple Eight Race Engineering-built machinery aiding his efforts.

It’s fair to say many were surprised to see the Blanchard Racing Team come out firing so strongly at Mount Panorama.

The team was on course for a dream start, Tim Slade qualifying the CoolDrive Racing #3 Ford Mustang on the front row in the team’s first hitout.

That near perfect start took a twist late in the opening race as Slade slammed his car into the wall on approach to Forrest’s Elbow, ending the team’s weekend prematurely.

There’s no doubt the team was the surprise packet of the weekend. As the sole one-car operation in the field, BRT excelled.

Success this season is almost assured.