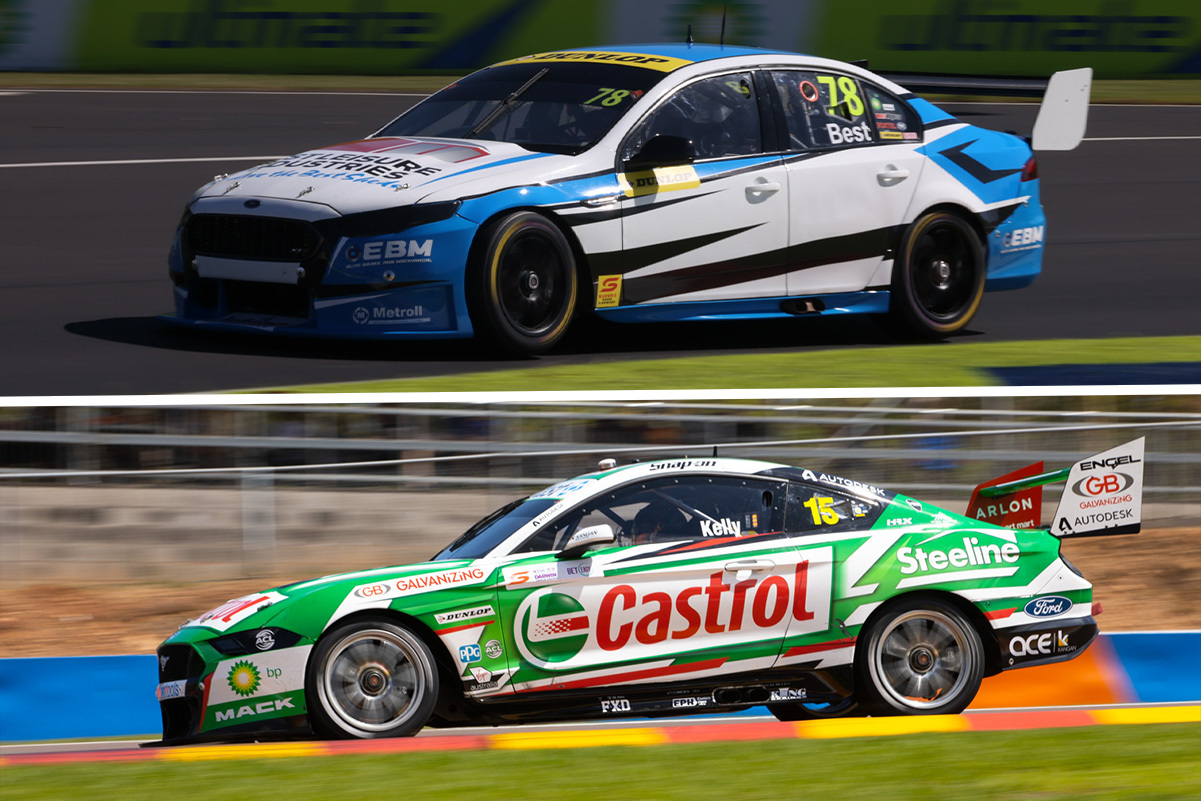 A Falcon FGX (above) compared to a Gen2 Mustang

It’s one of the various considerations on the table for the 2022 Dunlop Super2 Series, and the future of the Gen2 Mustang and ZB Commodore.

The highly anticipated Gen3 era of Supercars will begin next year, when the Chevrolet Camaro will join the category alongside a new-look Mustang.

While there has been talk of the cheaper-to-run Gen3 packages going straight into Super2 next year as well, Seamer said the intention is for Gen2 cars to be handed down to the second tier.

“That’s something that we’re looking at right now, is how do we manage the cost so that they are suitable for Super2,” he said.

“The cost challenges associated to the category for us are around usage and kilometres and Super2 don’t do as many kilometres obviously.

“However, it’s incumbent upon us to make sure that we’re doing whatever we can for the Super2 competitors to manage cost as well, so we are working through that at the moment.

“Under consideration is how those [Mustang and ZB Commodore] cars transition to Super2.

“Do the existing [Super2] cars potentially stay in Super2 or go down to Super3?”

Seamer did declare his intentions to not force Super2 teams to upgrade to Gen2 equipment, should they not wish to.

“Under consideration is potentially paritising the current Super2 cars with the cars that are coming down, because the engine and brakes are all largely the same,” he added.

Super2 already shares the grid with even older Falcons and Commodores this year as part of a merging with Super3. It’s not yet clear whether that merger will continue next season.