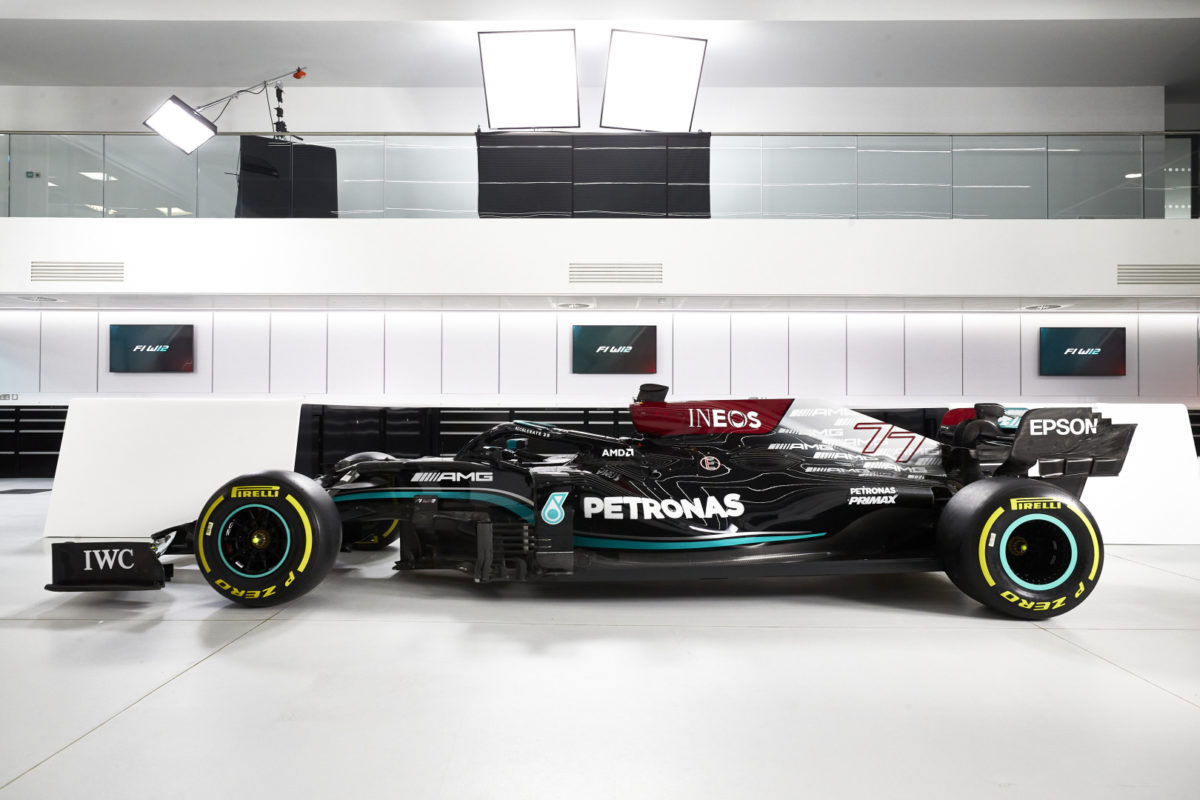 Though the Mercedes Formula 1 team heads into the new season as favourites for the championship, internally it is taking nothing for granted.

The operation has won the last seven successive world championships on both fronts – drivers’ and constructors’ – in an unprecedented run of success in F1 history.

Despite that, and regulations that are fundamentally unchanged for the new year, team boss Toto Wolff remains cautious.

“Setting expectations is always dangerous and I find it difficult because as soon as the car crosses the line at the final race of the season in Abu Dhabi, I start worrying about the next year,” he said.

“There are several changes to the cars this season which might look small, but they are quite impactful from a performance point of view.

Mercedes’ new W12, released at the team’s Brackley base on Tuesday, is an evolution of last year’s cars.

Regulations are such that the homologated chassis must remain the same as that which raced in 2020, though aerodynamic tweaks have been introduced.

Those are designed to ease the load on the Pirelli tyres, which have also been carried over from last year to this.

For technical director James Allison, that has proved the biggest challenge in developing the 2021 car.

“If you’re looking to slow a car down, which is effectively what the regulation changes were intended to do, modifying the floor is by far the easiest and cheapest way of achieving your objective,” he explained.

“The floor is such an important aerodynamic component that small geometrical changes bring large reductions in performance.

“Once the rules had been established, our task was to figure out how to recover the losses brought by the changes,” he added.

“The rest of the aerodynamic work has been the normal fare of seeking out aerodynamic opportunity across every square centimetre of the car with particular attention to finding places where we can invest extra weight into fancier aerodynamic geometry.”

The team won’t have to wait long to see where it shakes out in comparison to its competition, with pre-season testing to get underway in Bahrain next week (March 12-14).