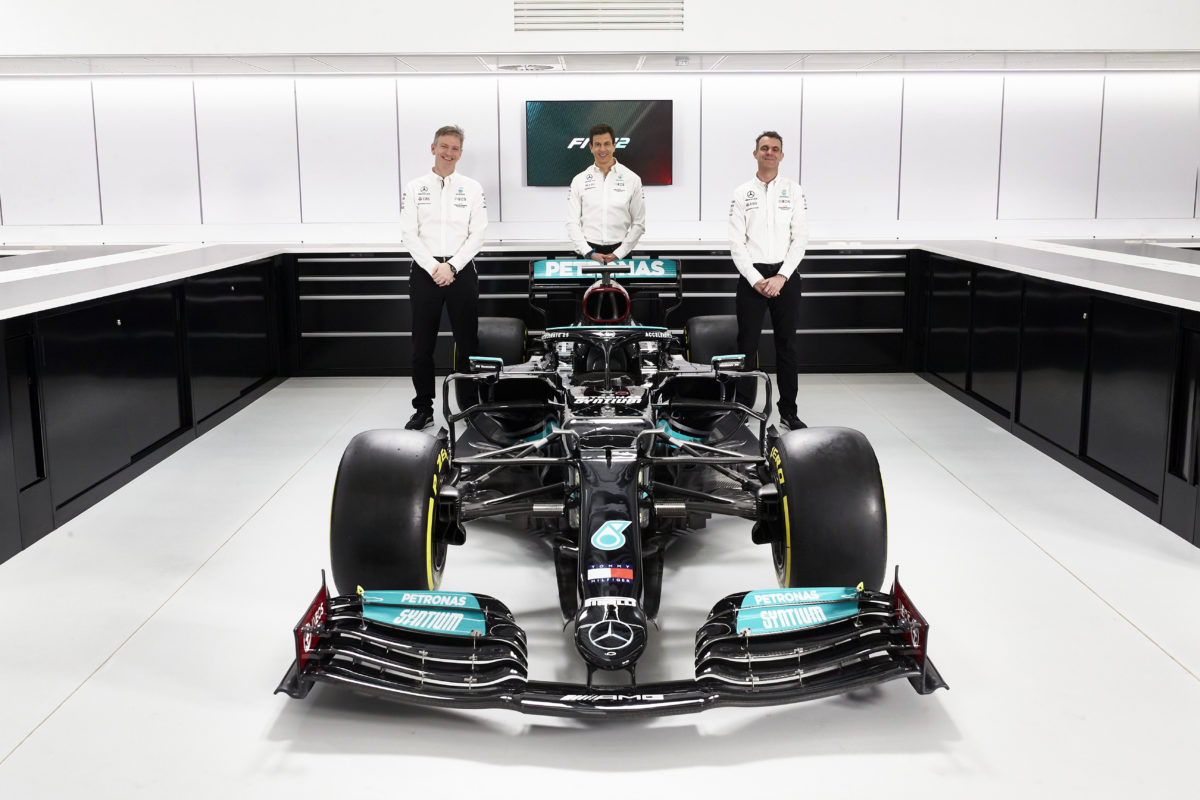 Mercedes’ technical boss James Allison is tight-lipped on where his team has spent its development tokens ahead of the 2021 Formula 1 season.

Regulations have mandated a largely unchanged car from 2020 be carried into this year’s championship, however, there are a number of opportunities for teams to make changes within the regulations.

Those are in addition to the minor aerodynamic rule changes which have been made to the floor and diffuser of the car in an effort to trim the level of downforce produced.

To make some of those improvements, teams have had to spend tokens – a notional currency designed to prevent largescale development in contradiction to the spirit of the regulations.

Teams each have two tokens to spend, with the decision on where they’ll be put to use left to the individual operations.

“Along with the tokens comes a shopping list showing how many tokens are required for each change,” Allison explained.

“How teams decided what to use their tokens on was entirely up to them – they could implement two smaller changes for one token each or use both tokens at once for one large change.

“So, the only thing we can say with certainty at this stage is that everybody’s cars will have significant areas that are the same as their 2020 car but those areas will vary from car to car, depending on how they chose to spend their tokens.

“In addition, there are some parts of the car that you can change token-free, for example the power unit, the cooling systems, the suspension and of course all of the aerodynamic surfaces.

“We have spent our tokens, but we won’t reveal how we used them just yet. That’ll become clear in good time.”

Compounding the challenge for teams is the extremely limited pre-season testing available; just three days to be carried out in Bahrain next week (March 12-14).

Coupled to that is a freeze on internal components once the season gets going, putting greater emphasis on the need to get the design right first time around.

“With the specific permission of the FIA, you can make changes for reliability or cost saving, but if part of your car isn’t performing well, then you are stuck with it for the whole season,” Allison lamented.

“If it were 2022, we’d be a bit more anxious over the prospect of just three days on track, but the fact that many of the systems under the bodywork remain the same will mean that if we’re in decent shape, we won’t need to spend as much of winter testing accruing mileage as we normally would,” he added of the limited pre-season opportunities.

“That will buy us more time pursuing performance investigations and learning about the tyres.

“If we have made a reliable car, we will be fine with three days of testing.

“If we have dropped the ball on one or more (of) the main car systems, then there is a risk that we will be playing catch-up all year.”

Mercedes launched its new car without the 2021-spec floor fitted, admitting it was keeping that part of the car under wraps from competitors for now.