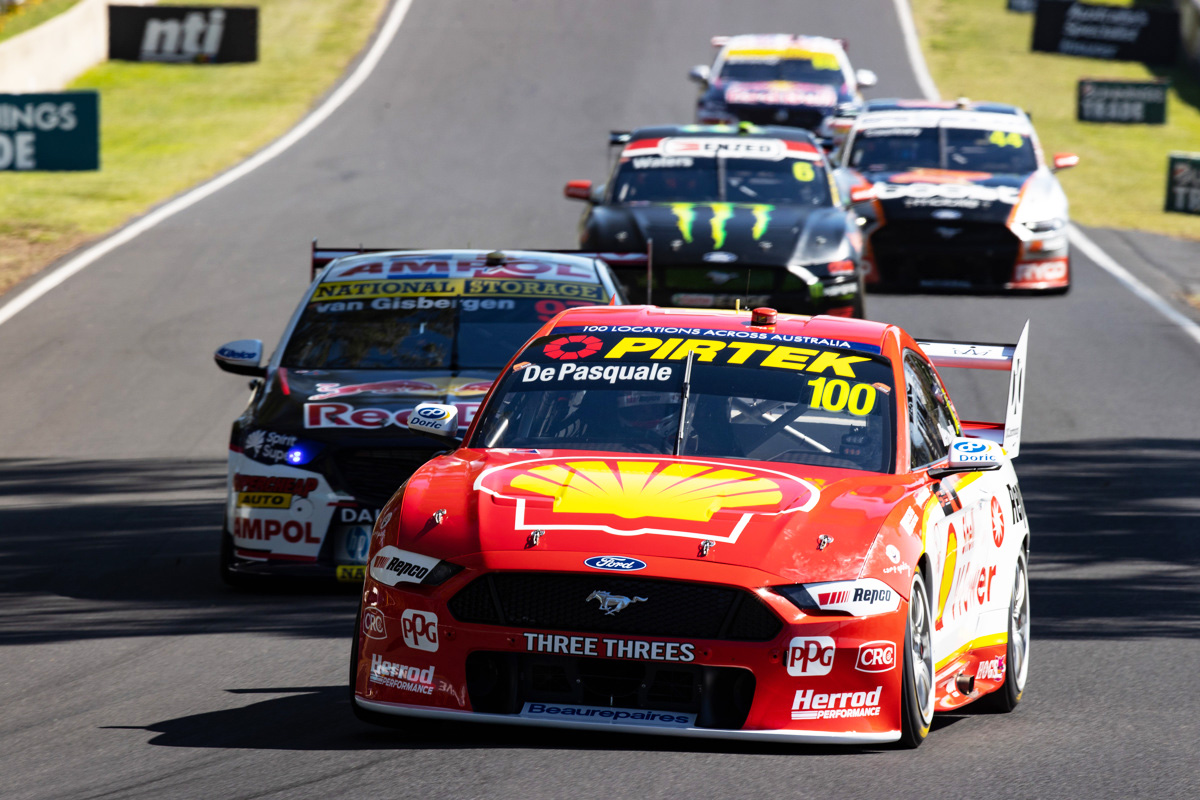 Shane van Gisbergen was supreme in the Repco Supercars Championship season-opener at Mount Panorama but there was one element that left him “gutted”.

The Red Bull Ampol Racing driver departed The Mountain with a full complement of 300 points after cleansweeping two 250km races across the weekend.

However, post-event he continued his crusade against the series’ current high levels of aerodynamics, which create a wash effect making it hard for cars to closely follow one another.

That in turn makes passing difficult, as was particularly evident in a lacklustre Sunday leg.

Van Gisbergen did come from behind to win both races, but neither occasion was the result of an on-track overtake.

Rather, Tickford Racing ace Cameron Waters was struck down by a power steering pump failure in the opener, and then gave up the lead the following day due to a strategy error by his team.

“The middle stint [on Sunday] though was awesome, knowing I had to make a gap… but I would have rather won the race by passing him.”

The introduction of Gen3 regulations next year will lessen the aerodynamic factor – music to van Gisbergen’s ears.

“I think next year is exciting, the Gen3 having no aero and all that kind of stuff, except paddle shift, that’s shit,” the 2016 champion said in typical matter-of-fact fashion.

“Qualifying has been really close between the two brands, I feel like it’s been pretty even and it’s been an awesome battle between three or four of us in qualifying, racing super close, I love it.

“But not being able to follow, you just feel powerless.

“Like you catch someone and you get aero push – they might be quicker than you and they get the same thing; it sucks.

“But it is what it is, you need to always qualify up the front and get better starts.”