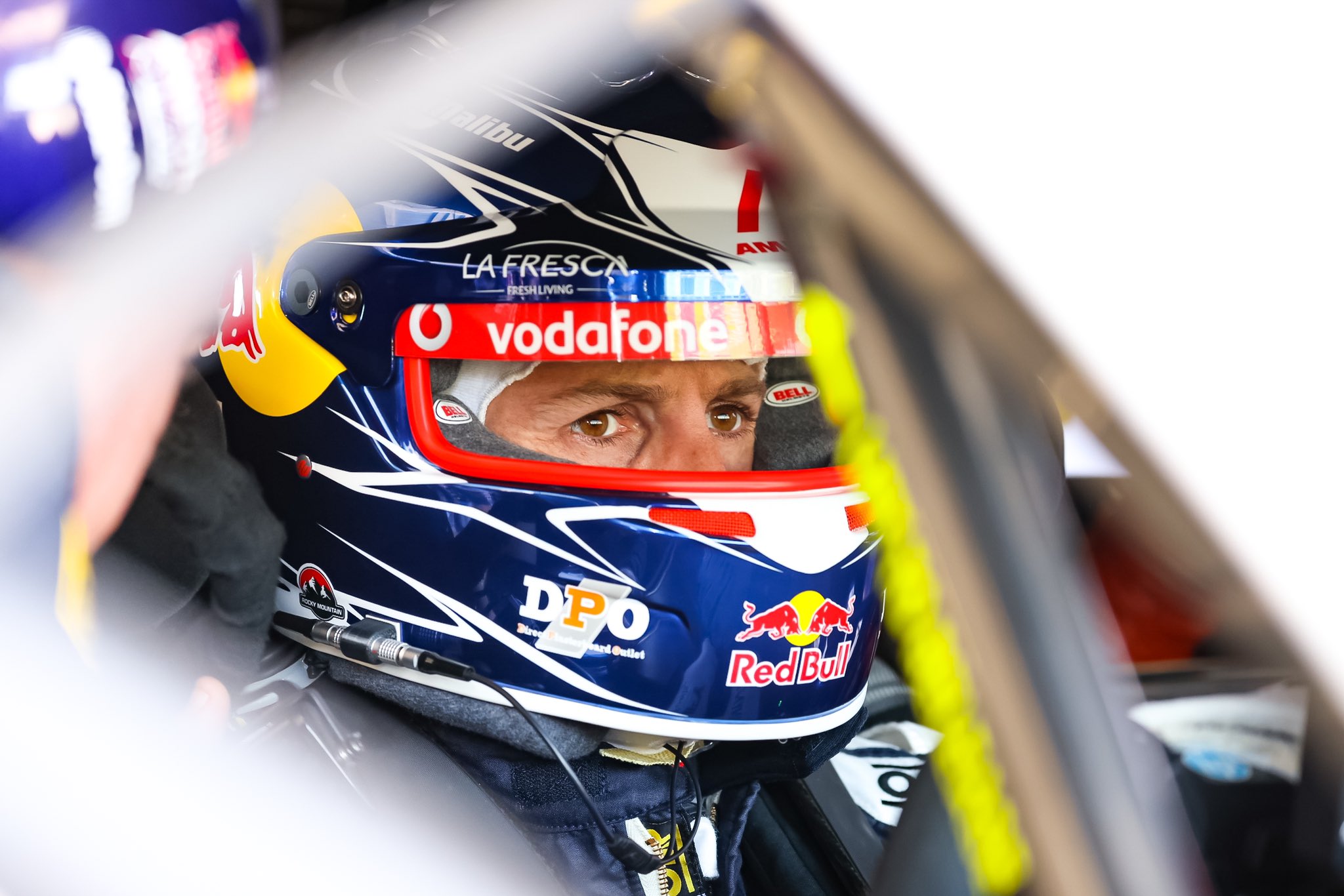 Jamie Whincup says he needs to analyse data from the Repco Mount Panorama 500 to understand pace disparities between himself and Shane van Gisbergen.

The season-opener was dominated by van Gisbergen, who walked away with a maximum haul of 300 points to his credit after back-to-back wins.

Meanwhile, Whincup was only good enough for finishes of seventh and sixth at The Mountain, though a better result in Race 1 might have been forthcoming if not for a double stack in the pits.

Whincup was on course for a repeat effort in Race 2, but was gifted sixth after Shell V-Power Racing Team driver Will Davison made a mistake at Murray’s Corner late in the piece.

Speaking with Speedcafe.com at the weekend’s conclusion, Whincup said he couldn’t match his team-mate for pace.

“That was about our pace so we ran our pace, not much more to report really,” said Whincup.

“We started [Race 2] eighth and we didn’t double stack. We were probably going to run seventh. Unfortunately, Will made a slight error and we got to sixth, but that was our pace.

“You can’t expect to be further up the field if you’re not fast enough. I couldn’t quite extract the pace the #97 was able to this weekend and it’s bloody close.

Whincup walked away from Mount Panorama sitting fifth in the drivers’ championship on 198 points.

The seven-time champion will work with new engineer Wes McDougall to find where the #88 Red Bull Ampol Racing Holden ZB Commodore is lacking.

“It’s all in the data. I’ll have a bit of a look over the weekend,” he explained.

“You’ve got to understand the set-ups as well. You deviate your set-ups. You’ve got to combine the whole thing to actually see the true picture.

“I can make some comments now, but you’ve really got to actually analyze it properly to actually know the true answers.

“I’m definitely off. I would have liked to have been the same [as van Gisbergen], if not better.

“Definitely I was off my teammate in the same car. I’ll keep working on understanding why and keep getting better.”

Whincup’s next outing will be at Sandown across March 20-21.

Whincup is optimistic he’ll have more opportunities to make headway with his car set-up soon.

“You can do a little bit more trial and error with your set-up and driving as well. A little bit more. It’s still a bit of a concrete canyon as well, Sandown,” he said.

“This place you can’t just try an extra five kilometers an hour in turn three and see what happens. It can change your weekend as we saw for a few people.

“I’m happy to have a good solid weekend. Scored some good points, opened up the kitty with a new engineer so certainly I’m not going away disappointed.”