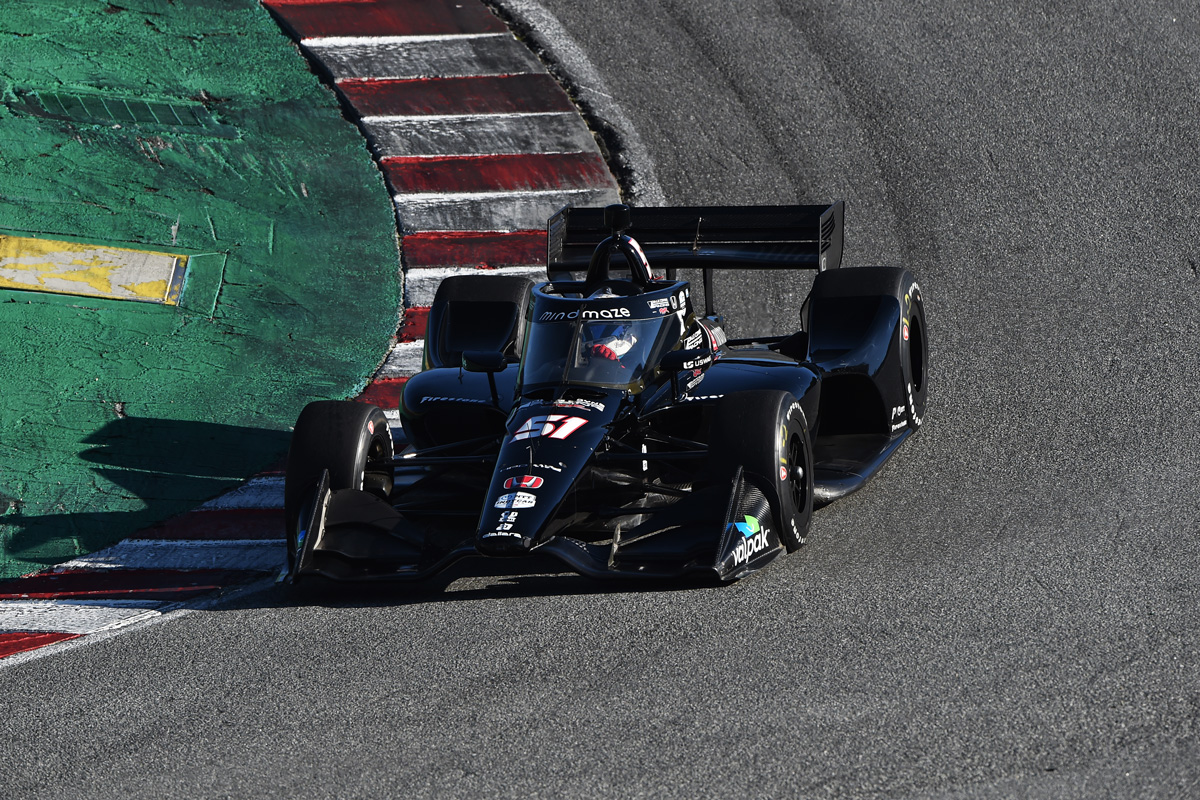 A small sampling of the field turned wheels on Monday (local time), testing at the 3.6km road course in Monterey, California.

O’Ward completed the best lap time in his Arrow McLaren SP entry with a 1:11.293s effort, putting him two tenths up on Ed Jones.

Ten-time F1 podium finisher Grosjean wound up third at the wheel of his Dale Coyne Racing machine ahead of his 2021 IndyCar series debut. He’d made his testing debut last week at Barber Motorsports Park.

The Frenchman was only 0.278s off the pace of front-runner O’Ward but completed the most laps of anyone at 109 for the day.

Juan Pablo Montoya, who is set to race an Arrow McLaren SP-Chevy at the Indianapolis 500 and road course event, was also in action at Laguna Seca, finishing the day seventh.

Helio Castroneves rounded out the eight-strong field aboard the Meyer Shank Racing Honda that he will drive at six events this year.

The opening round of the IndyCar season takes place at Barber Motorsports Park on April 18.