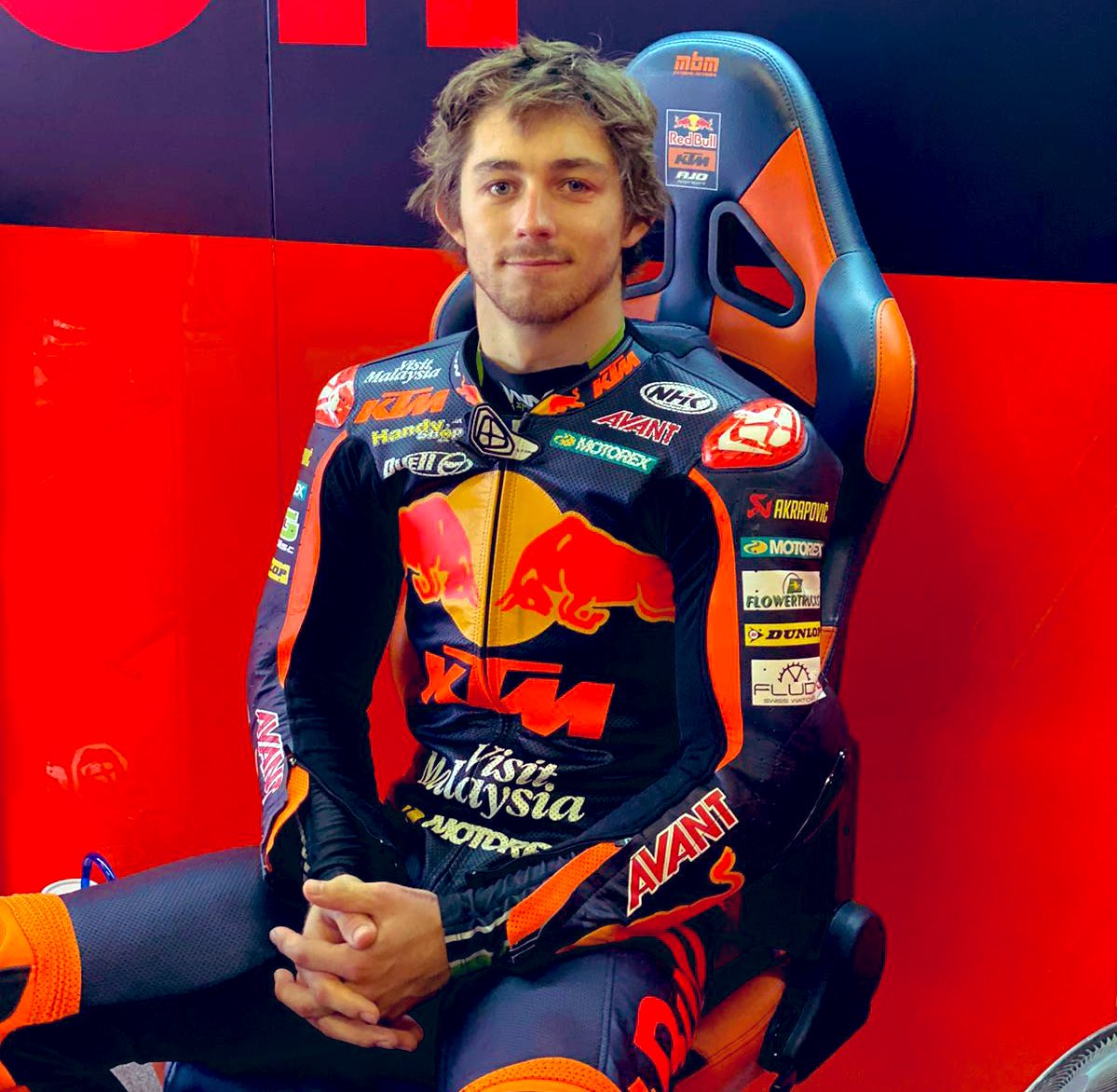 Remy Gardner has been seen for the first time in the leathers of Red Bull KTM Ajo, ahead of the 2021 Moto2 season.

Gardner makes the switch to the KTM junior squad off the back of finishing his two-year tenure at the SAG Team (Stop and Go) with a maiden grand prix victory.

The 23-year-old has now posted an image online of himself in his Ajo Motorsport leathers, captioned “New season, new look”.

As expected, it shows him wearing very similar colours to those of MotoGP riders Miguel Oliveira and Brad Binder, given the factory team is also backed by Red Bull.

Gardner has already spent five years in the intermediate class but generally struggled with older machinery and his relatively large size.

According to his 500cc world champion father Wayne, however, the MotoGP paddock finally understands his potential after the victory at Portimao last year.

Gardner was offered a KTM MotoGP ride in 2019 but turned it down in order to gain more experience in Moto2.

In eventually joining the Austrian marque’s ranks, he finds himself in a good place given the career progression of the likes of Oliveira and Binder.

The Sydney native first tested for Ajo just after his win in Portugal, in late-November, and said at the time, “I am really happy with my first contact with the team.

“We were able to go quite fast but there is quite a lot that’s new compared to what I raced with this year; brakes, for example.

“We sorted the usual things like riding position and I really can’t wait to get back on track with them next year [ie 2021].

“I want to thank everyone that made this year possible and say a big thanks to the fans who are following me on social media.

“I hope that everyone stays safe and that we can return to a more normal season next year.”

The 2021 Moto2 Official Test takes place at Losail on March 19-21 (local time) before the field races there for the Qatar Grand Prix on the following weekend.