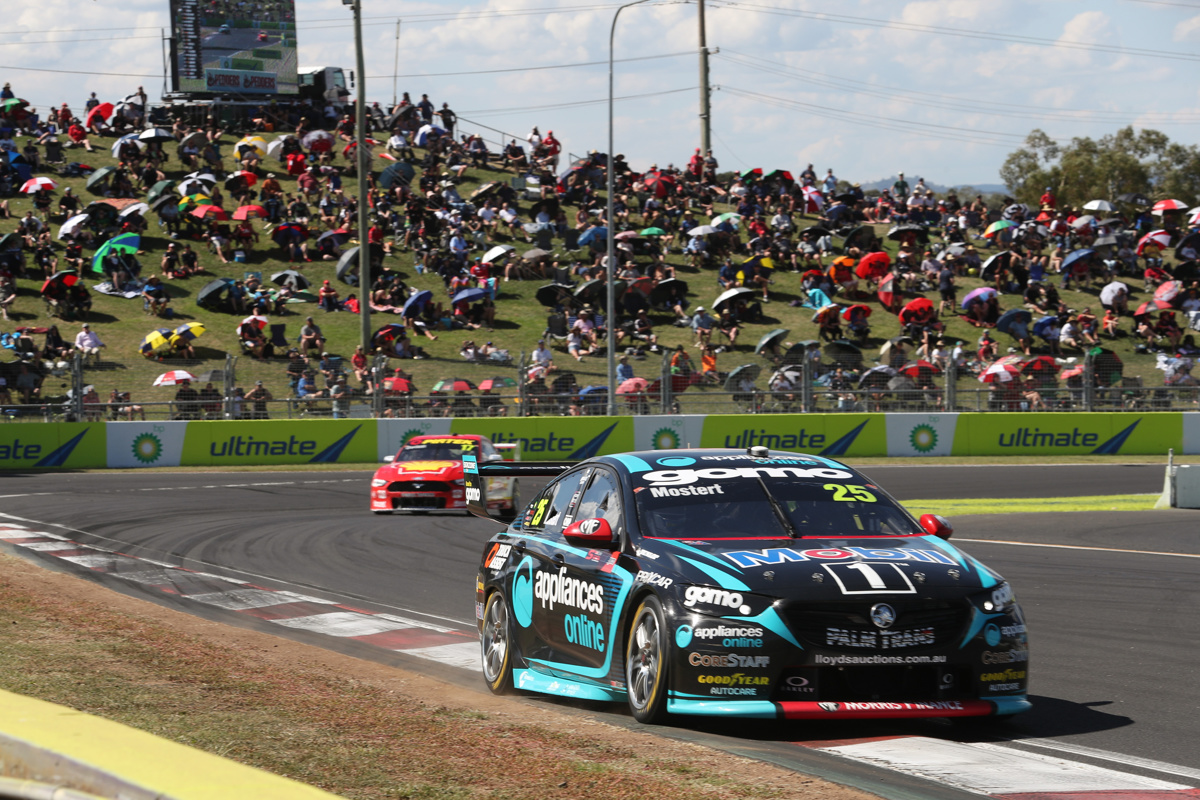 Mostert topped Friday practice and was one of the fastest drivers in each of the two 40-lap encounters which followed, finishing second in Race 1 and third in Race 2.

Team-mate Bryce Fullwood kicked off his second full season in the Supercars Championship with a fifth on the Saturday, when his cause was aided by a fortunately timed Safety Car, and a 13th on the Sunday.

The 22-year-old occupies seventh in the drivers’ standings, while the Clayton squad is second only to Triple Eight Race Engineering in the teams’ championship.

WAU has had little to celebrate since its 2011 Bathurst 1000 win as the Holden Racing Team, and has arguably experienced several false dawns since then, in part due to how well-suited its cars and drivers seemed to be to the Adelaide streets which used to host the curtain-raiser.

Mostert’s fifth in last year’s drivers’ championship was, however, the best such result for a WAU driver since 2011, and while he was never quite a true title contender, he was good for five podiums and the operation’s first pole in almost four campaigns.

Team principal Bruce Stewart had a mixed take on the performance at the Mount Panorama 500; happy with the headline results but hungry for further progress.

“A lot of hard work’s gone into it and that builds expectation,” he explained during the post-race show on Fox Sports.

“It’s not solemn – we’re really happy – but you know what? We’re pushing hard, we’re going to keep going, we’ve got a bit of momentum, constant improvement, let’s keep it going.

“[But] It’s good, it’s actually pretty good when you’re not cock-a-hoop about a second or third; you’re like, ‘This is good, but let’s keep going.’”

It will also formally welcome Grant McPherson in the coming months, once he serves the ‘gardening leave’ which Triple Eight Race Engineering has imposed on him after his departure from the Banyo squad and engineering duties for Shane van Gisbergen.

WAU arrived at Bathurst with a car “so different” to that which it ended 2020 with, according to Mostert after he finished fastest in practice.

Come the end of the weekend, however, Triple Eight and Tickford Racing appeared to have superior pace, a point noted by Stewart during the latter stages of Race 2.

“Those guys up the end of the road, they do a great job.

“I think we started off really quickly this weekend but hats off to those guys; [they] seem to have found a bit more pace.

“That’s what makes it so addictive – the fight – and we’re in the fight.

“We’ve just got to keep it rolling – we’re not there yet – keep improving and see what we can do.”