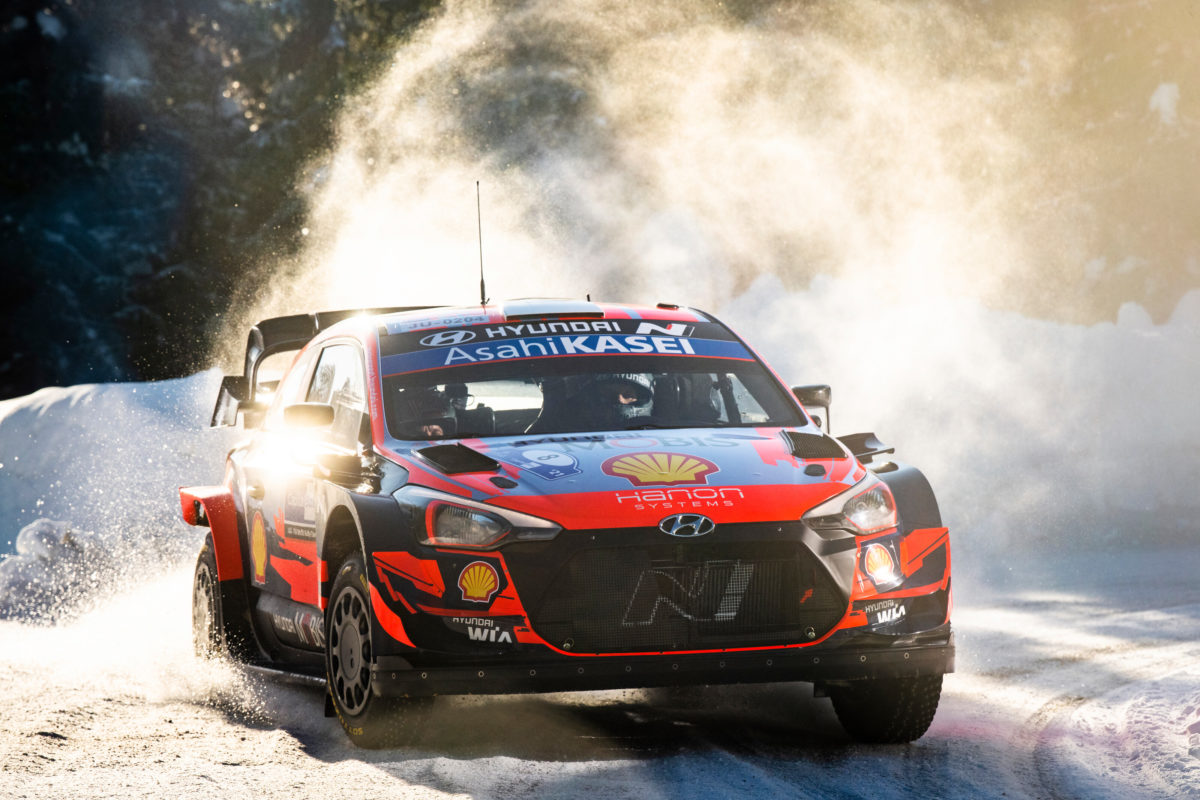 Ott Tanak has claimed honours for Hyundai in the inaugural World Rally Championship running of the Artic Rally.

The opening three stages saw Tanak fastest before Elfyn Evans’ run on the fourth stage of the rally saw him set the fastest time.

Rovanpera was fastest through Special Stages 7 and 10, the latter of which was also the Power Stage.

He was never a serious threat for Tanak, however, and instead waged a private battle with Neuville for second.

Sebastien Ogier had headed the championship going into the event, but the Frenchman crashed out at the end of Saturday’s running.

He slipped to third in the points standings as a result, with Rovanpera now heading the title fight on 39 points over Neuville on 35.

At just 20-years-old, Rovanpera is the youngest standings leader in the 49-year history of the championship.

“The pressure was there and we knew it was going to be very complicated to take the fight,” he said.

“In the end we did a very good weekend, with only one mistake. It’s an amazing place, definitely one of the best places to have a winter rally.”

Tanak sits fifth in the standings courtesy of his haul in Finland after crashing out of the season-opening Monte Carlo Rally.

Toyota now leads the Manufacturers’ championship over Hyundai by 11 points.

The World Rally Championship next moves to Rally Croatia, its first appearance on the WRC calendar, on April 22-25.