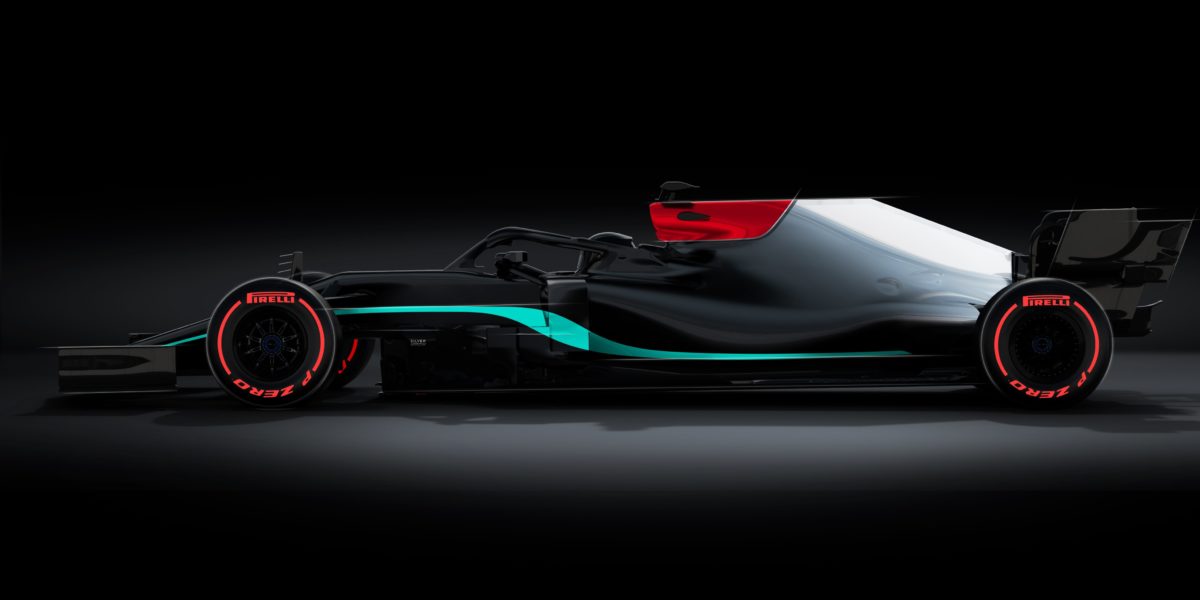 Mercedes has revealed a teaser of its 2021 Formula 1 challenger ahead of its full unveil on Tuesday.

Last year, the team sported a predominantly black design in deference to its diversity programme after running a traditional silver colour scheme.

The teaser image, bereft of sponsorship, shows an evolution of that design.

Teams will carry their 2020 cars into the new season as a response to the impacts of coronavirus last year.

Some modifications have had to be made, most notably to the rear floor, to reduce the downforce produced.

That comes in an effort to protect the Pirelli tyres, which are also set to be carried over from last year.

Increased load on the tyres as a result of aerodynamic development raised concerns that the rubber may not be up to the task later in the year.

Mercedes has won the last seven world championships in what has been the most dominant period for any team in F1 history.

It will head into 2021 with an unchanged driver line-up after Lewis Hamilton finally signed a new deal, keeping him alongside Valtteri Bottas for another season.