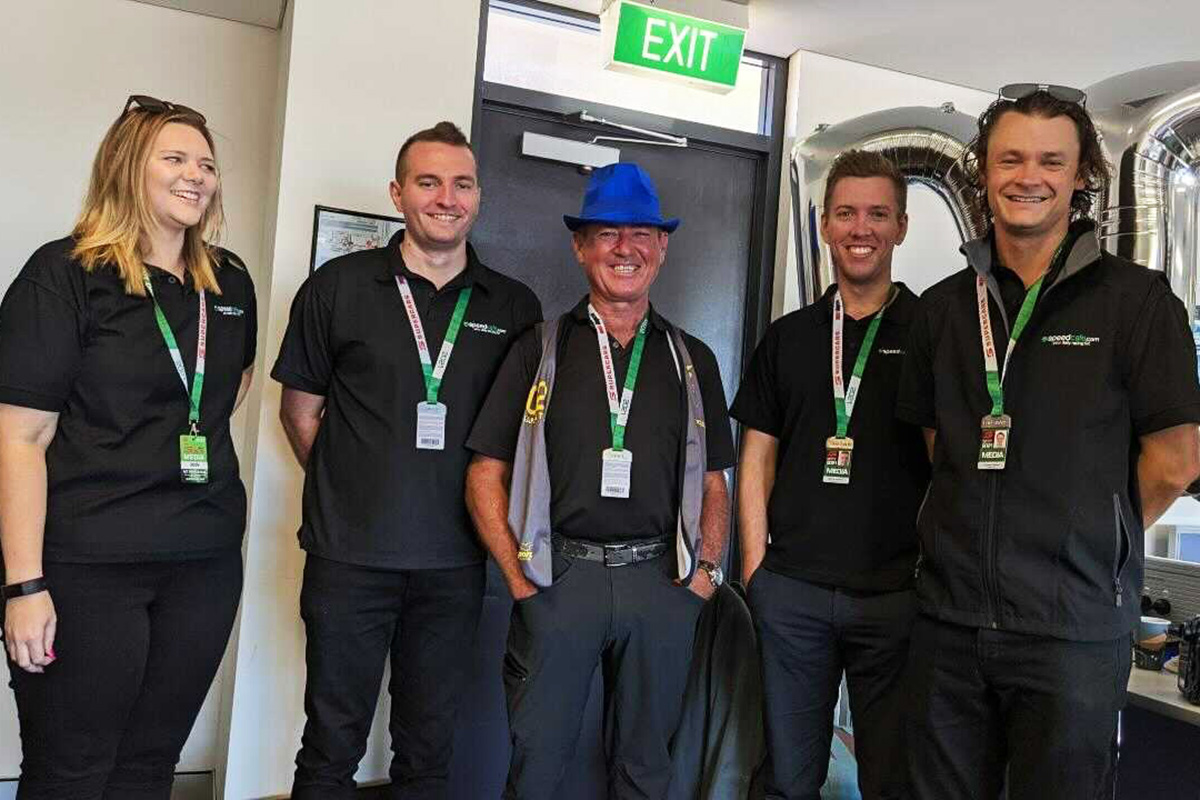 Veteran motorsport photographer Dirk Klynsmith has been recognised for his decades of service by being inducted into the Supercars Media Association Hall of Fame.

An announcement was made at Bathurst on Sunday afternoon as Klynsmith’s final event drew to a close.

The 60-year-old announced late last year he would hang up his camera and retire from full-time photography.

However, after a COVID-affected season in which travel opportunities were severely restricted, Klynsmith had unfinished business, leading him to make one last cameo appearance at The Mountain for Speedcafe.com.

“I needed to come to Bathurst for the final event so that I could say a proper goodbye to the people that I’d known for 25 or 30 years,” he told Speedcafe.com.

As tributes flowed from media and pit lane, there was an honour Klynsmith didn’t see coming: a coveted spot in the Hall of Fame.

“It was absolutely an amazing moment when they announced that I was being inducted into the Hall of Fame,” said Klynsmith, who had missed just three events in the Supercars era up until last year.

“I was speechless. I’m extremely proud, there are so many quality photographers in our industry so it means a lot to me.”

Klynsmith admitted his final race, the second Supercars leg of the Repco Mount Panorama 500, was “quite emotional”.

Klynsmith joins names in the Hall of Fame such as Ray Berghouse, Mike Kable, Neil Crompton and Mike Raymond.