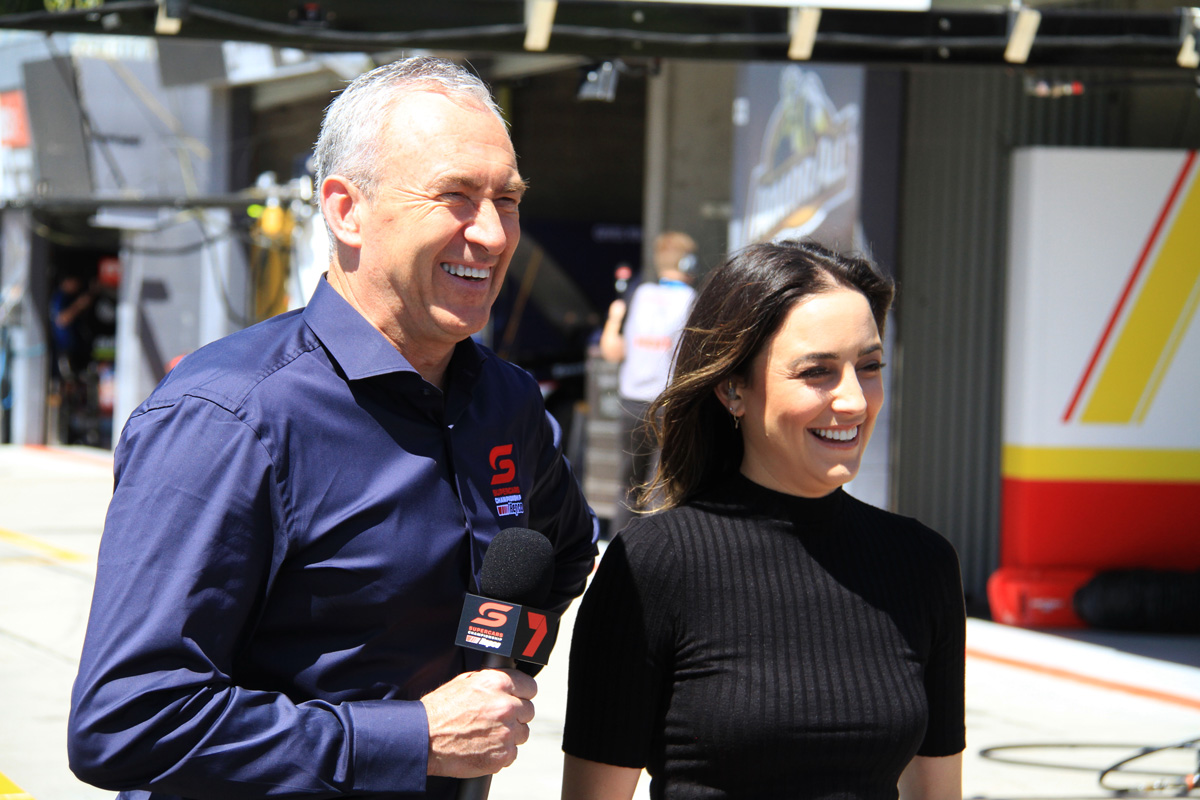 The Seven Network has made a strong return as Supercars’ free-to-air broadcaster, reporting positive numbers from the Repco Mount Panorama 500.

A total of 2.34 million people tuned into the Channel Seven and 7mate coverage across Saturday and Sunday, marking a 28 percent increase on Network 10’s audience at the Adelaide 2020 season-opener.

That included a nation-wide average of 540,000 people for yesterday’s Race 2 won by Shane van Gisbergen.

The 2.34 million figure represented 80 percent of all television viewers on the two race days. More than four million minutes of streaming also took place on the 7plus digital platform, too.

“The impressive numbers on Seven and 7plus for the weekend’s competition confirm that Australians are just as happy as we are that Supercars are back home on Seven,” said Martin.

“Our commentary team – led by Mark Beretta and Abbey Gelmi plus the next generation of Supercars presenters, Molly Taylor and Jack Perkins – and everyone behind the scenes did a fantastic job.

“And this is just our first event of the season, with five more gripping weekends of Supercars action to come, including the iconic Bathurst 1000 in October.”

Added Seven Network sales director Natalie Harvey, “This year is the year of opportunity and growth for brands.

“The role that sports marketing plays in culture will continue to have a profound effect and in 2021, the opportunity for brands has never been greater with AFL, horse racing, Olympics and now Supercars on Seven.

“By harnessing the power of sport on Seven, brands can connect with highly-engaged superfans and casual sport enthusiasts in the most engaging moments throughout the year.

“Supercars adds another layer to the powerful, effective and impactful Seven sport portfolio in 2021 and we are thrilled for our partners that it has launched with a bang.

“Brands who are already on board with Supercars on Seven benefited from the huge year- on-year growth across the weekend, creating a whole new audience to engage with, and we are excited to build on that success throughout the rest of the year.”

The next free-to-air event will be the Darwin Triple Crown on June 19-20 and will feature the debut of picture-in-picture technology.