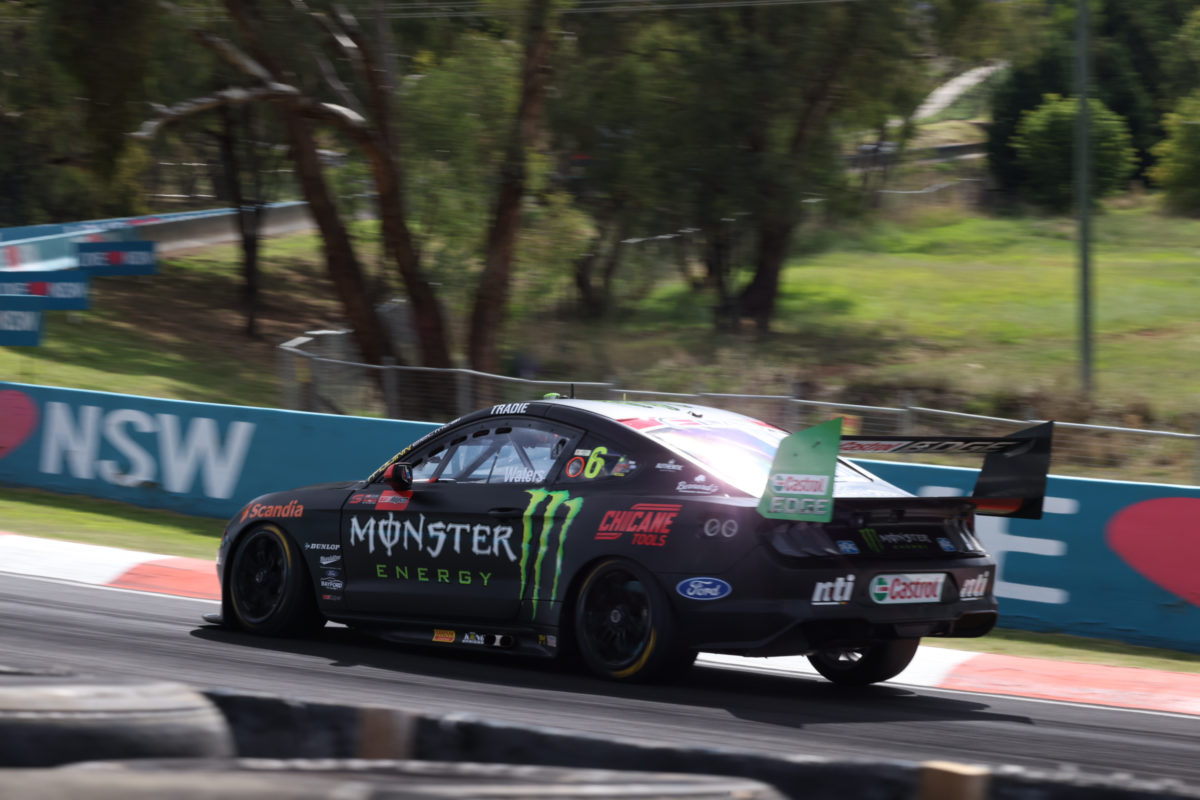 Cameron Waters would support a rule to punish incidents such as that which he accidentally caused in today’s Top 10 Shootout.

Waters admitted that he dragged dirt onto the race track during his cool down lap at Mount Panorama, which caused hair-raising moments for Chaz Mostert and Shane van Gisbergen, the former in particular, when they subsequently went for their hot laps.

The Tickford Racing driver put the incident down to a moment of carelessness, and was not penalised, while Mostert confirmed that there are no hard feelings over it.

However, it is understood that a rule change is in the works.

Asked by Speedcafe.com if he would be surprised if there was not a change before the next event at Sandown, Waters said he recommended the idea himself to Driving Standards Advisor Craig Baird.

“I actually said to Bairdo that there should be a rule in there because obviously what happened to me and the other boys, it’s a disadvantage for those guys,” he recounted.

Waters affirmed that there should be penalties for those who accidentally drag dirt onto the race track, although not if that occurs on their hot lap.

“Yeah, I think there should be a penalty for sure if you do that [accidentally bring dirt onto the road],” he said.

“But, obviously, that’s different to if you do it on your [timed] lap.

“If you intentionally do something like that after to hinder someone else, I think that’s… yeah, that’s shit.”