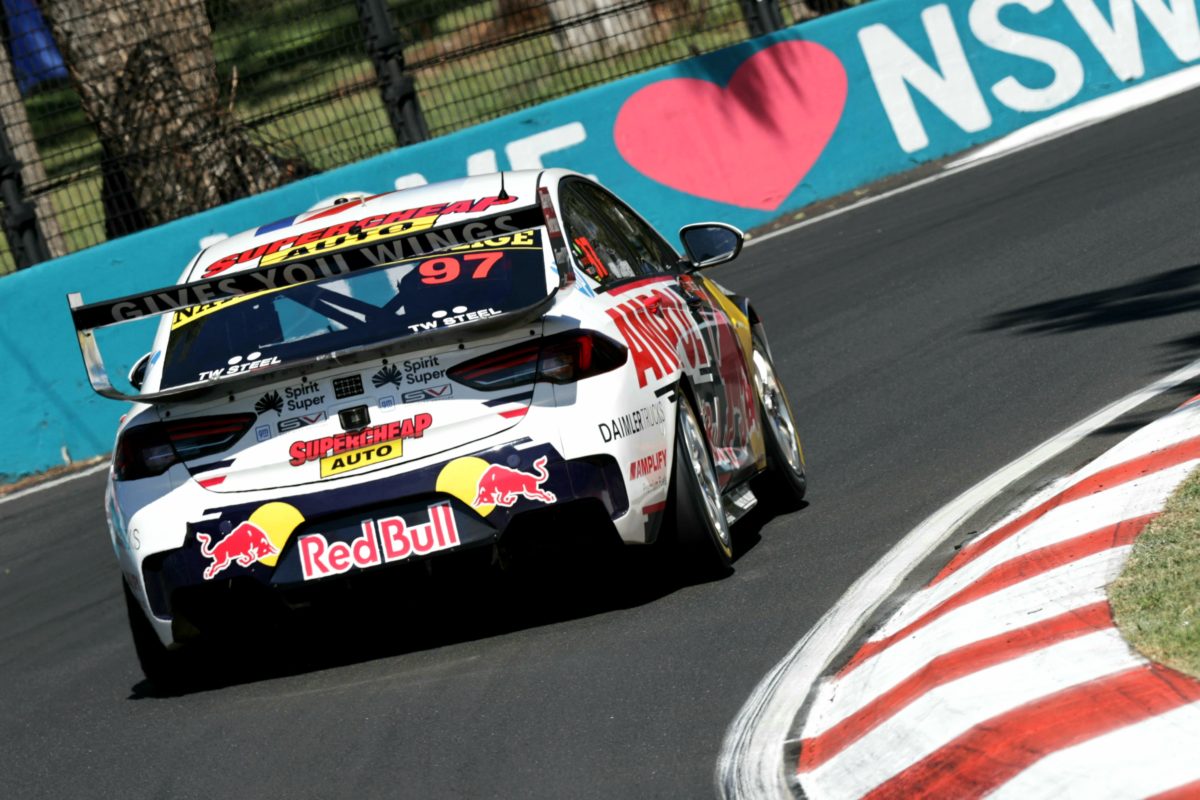 Van Gisbergen always looked like making the Top 10 Shootout which follows this afternoon but Red Bull Ampol Racing team-mate Jamie Whincup only just snuck back in, in eighth spot, at the end of Qualifying for Race 2 of the 2021 Supercars Championship.

Chaz Mostert was second-quickest for Walkinshaw Andretti United in the 20-minute session, from Tickford Racing’s Cameron Waters and the Shell V-Power Racing Team entries of Anton De Pasquale and Will Davison.

Waters (#6 Monster Energy Mustang) put in an impressive banker when he set a 2:05.5306s straight up, but it was an off-sequence van Gisbergen (#97 ZB Commodore) who was quickest after the first runs proper with a 2:05.1836s on his second push lap.

“The shootout’s going to be so important; you’ve got to get out front [in the race],” remarked van Gisbergen after the session.

Waters improved his time but not his position in setting a 2:04.6754s, while De Pasquale and then Davison made for a top five covered by only 0.2722s.

Having only got to ninth-fastest on his penultimate lap, Whincup was in trouble as Nick Percat (#8 R&J Batteries ZB Commodore), Andre Heimgartner (#7 Ned Mustang), and Scott Pye (#20 DeWalt ZB Commodore) put in personal best sectors.

Percat could not quite make the top 10 but Heimgartner pinched ninth from Whincup, then Pye jumped seven spots to 10th.

That left Whincup out of the next session before he rescued a berth in the one-lap dash with a 2:05.3143s well after the chequered flag.