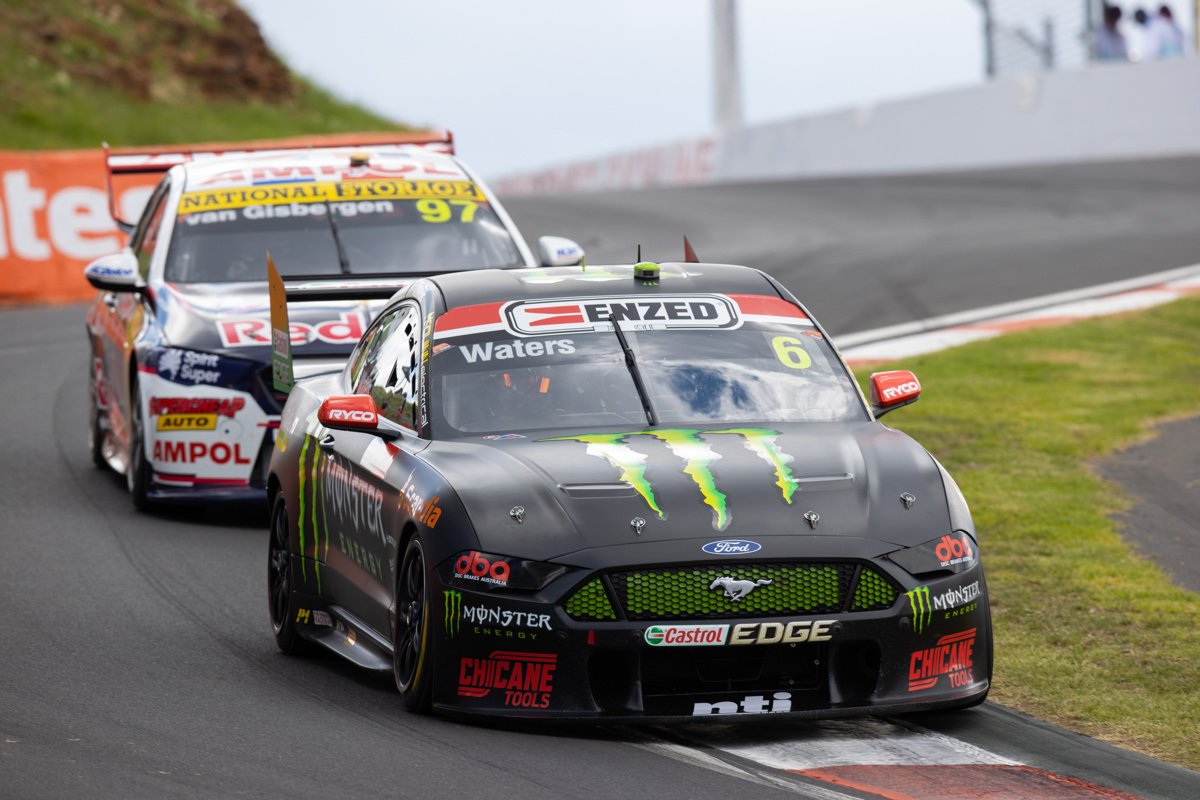 There is set to be plenty of tension on the front row of the grid for Race 2 of the Repco Supercars Championship after Triple Eight accused Cameron Waters of ‘dangerous driving’.

Waters was the third-last driver to hit the track for the Top 10 Shootout and shot straight to the top of the timesheets.

Only Chaz Mostert and Shane van Gisbergen were yet to set a lap, with the former struggling to fifth and the latter pipping Waters to pole.

It is alleged that Waters dragged dirt onto the racing line on his cooldown lap, a point Mostert made a veiled reference to on the broadcast.

“I was going ok ’til I got to The Esses and someone previously dragged a bit of dirt onto the track. The dirt nearly killed me,” said the Walkinshaw Andretti United driver.

Waters has refuted any intent of wrongdoing and has apologised to Mostert.

It’s understood the matter was referred to the stewards; no action was taken.

“From our side, the rule is clear,” Dutton told Speedcafe.com.

“He’s breached multiple rules and probably the most important is dangerous driving.

“You’re not allowed to intentionally do something that can cause serious risk.

“He’s gone off-track intentionally, not accidentally… so it’s an intentional act that was most likely to impact Chaz, who obviously had a moment. Shane also had a moment there.

“It didn’t result in anything serious happening but it obviously could have. It’s also in the code of conduct that you’re not allowed to drag debris and dirt and stuff onto the track.

“So from where we stand, it’s not our sport, it’s not clean.

“We can all get our drivers to do that; we’re not going to because we don’t think that’s how you’re supposed to play sport.

“We were told by officials that it was taken to the stewards. We didn’t lodge any complaints or anything like that, so it was all in motion without us being involved, which is good.”