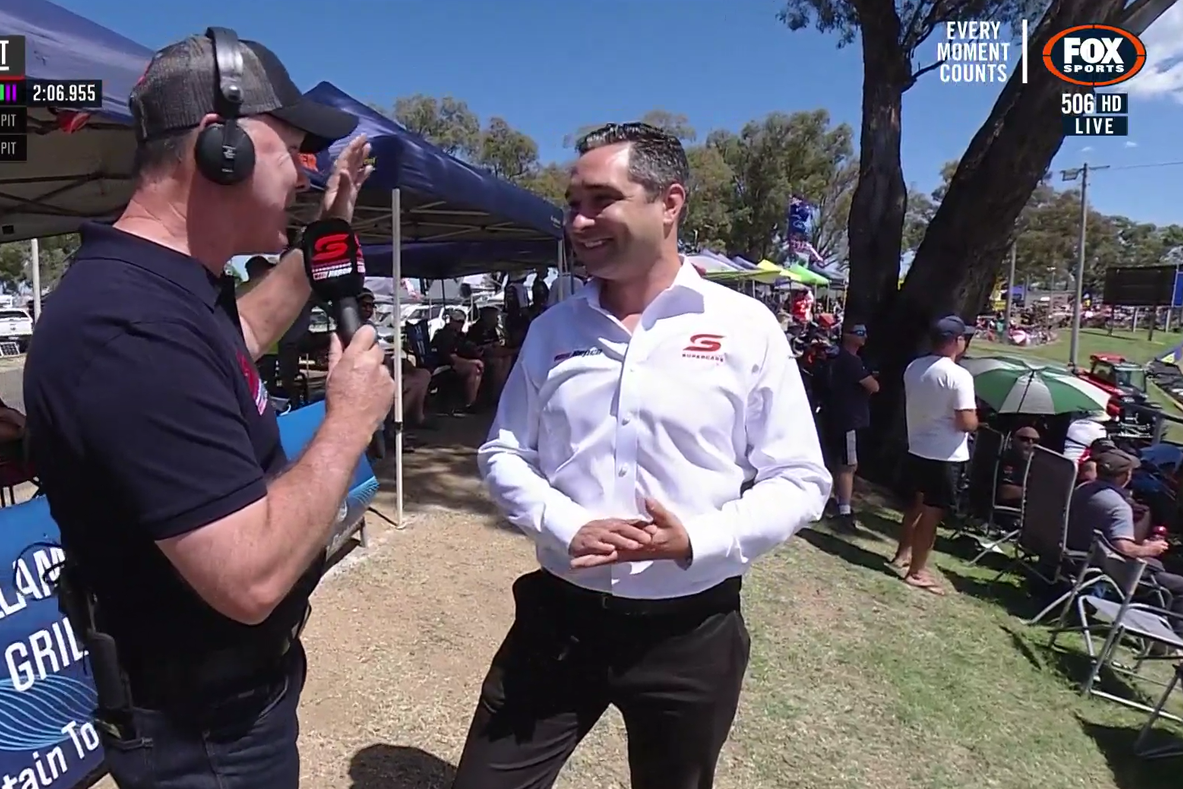 Supercars CEO Sean Seamer was an interested spectator at the top of the mountain for today’s Top 10 Shootout.

Seamer took in the show from the hill in front of the McPhillamy Park campground, and revealed to pit reporter Mark Larkham that he is in fact a regular at one of the most famous vantage points on the tour.

“Mate, I can’t believe you haven’t been up here and seen from this spot,” he told Larkham during the session.

“This is the best seat in the house and I come up every year and watch the shootout here with [Supercars fan] Warwick, so, best place to be.”