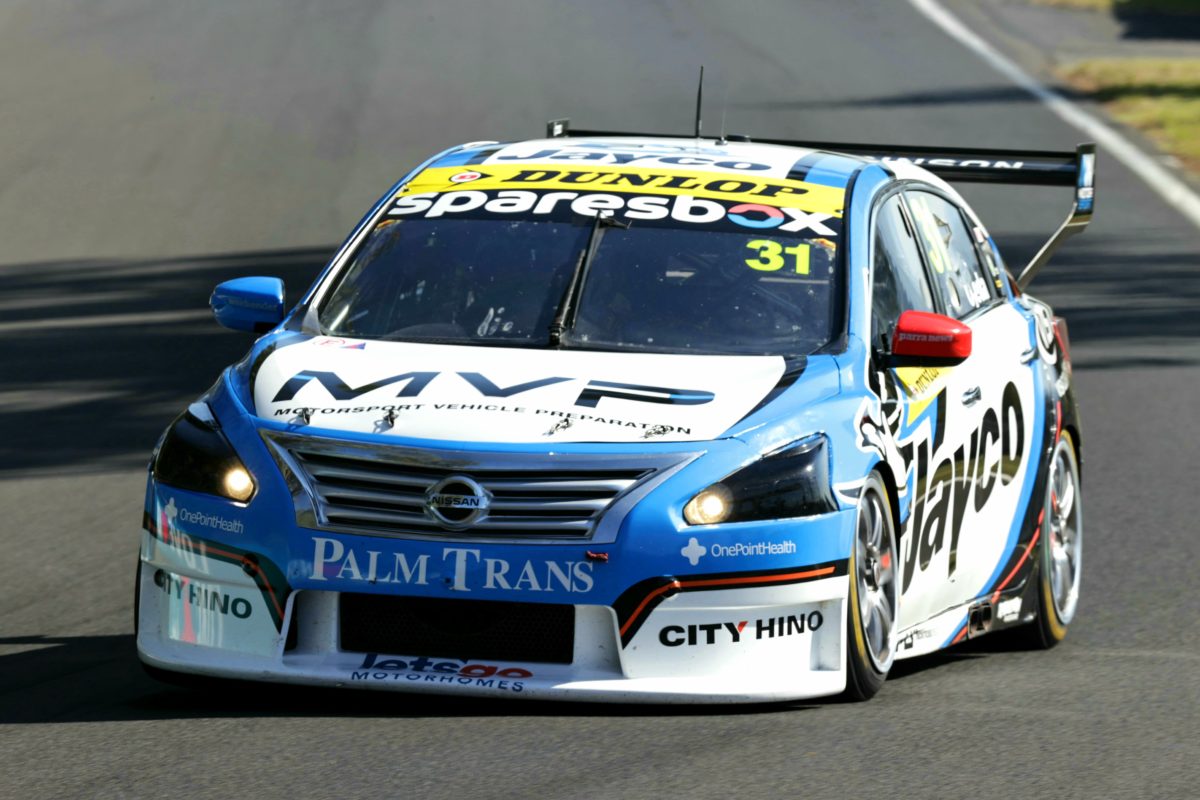 MW Motorsport’s Jayden Ojeda has grabbed his maiden Dunlop Super2 Series pole position in Qualifying for Race 2 of Round 1 at Mount Panorama.

Last year’s leading rookie was the only driver into the ‘fives’ in the 20-minute hit-out and will share the front row for this afternoon’s 12-lapper with Image Racing’s Jordan Boys.

Tyler Everingham made for two of the four MWM Nissan Altimas in the top three, ahead of the dominant duo of the day prior, Triple Eight Race Engineering team-mates Broc Feeney and Angelo Mouzouris.

Feeney therefore sat third after the first runs, ahead of Mouzouris and Ojeda (#31 Nissan Altima).

Mouzouris fired one of the earlier shots when the second runs began, clocking a 2:06.7827s, but he was once again bettered by Feeney by a matter of hundredths when the Race 1 winner set a 2:06.7102s.

Everingham stripped multiple tenths off the benchmark in then going to a 2:06.4330s but Ojeda subsequently stormed to a 2:05.8726s despite a nervous entry to Murray’s Corner.

Boys could not beat that but he did manage to spoil what would have been a second MWM lockout at Bathurst in less than three years by achieving a 2:06.1602s in the penultimate minute of proceedings.

Ojeda was among the fastest to the first sector on his final lap before shortcutting The Esses, but it mattered not for him as Everingham stayed third with an improved 2:06.1900s just before the chequered flag.

Next was the Super3 pace-setter, Jon McCorkindale (#69 Mac Motorsport FG Falcon), who rolled out a personal best 2:09.5454s.

The second and final race of Round 2 is due to start at 13:40 local time/AEDT.