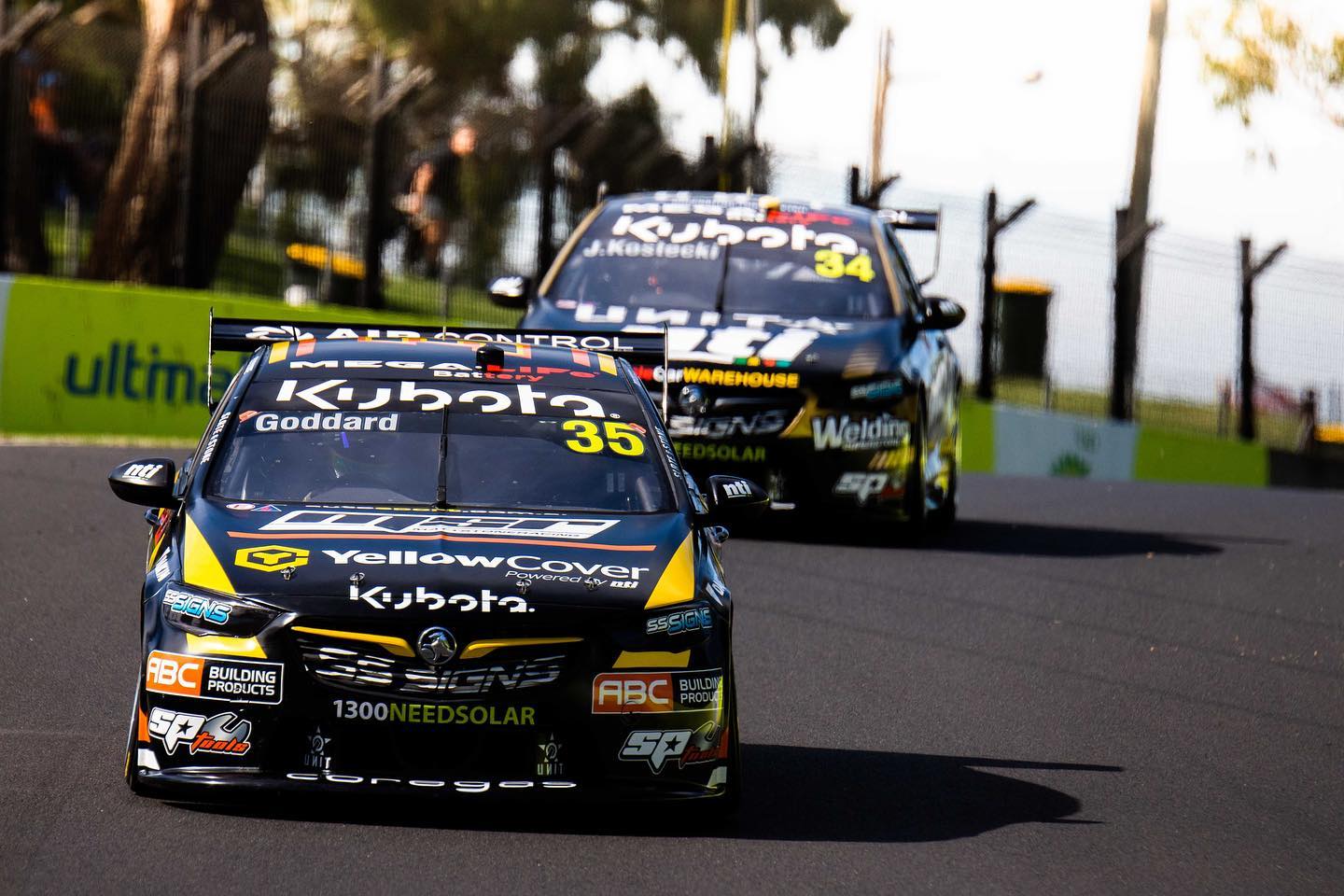 Matt Stone Racing has celebrated a reversing of fortunes at The Mountain after cashing in when others stumbled yesterday.

While 12th and 13th for Zane Goddard and Jake Kostecki might not sound like much reason to be excited, it represents a solid haul of points to get their season underway.

In fact, MSR sits fifth in the teams’ championship after the opening leg of the Repco Mount Panorama 500.

It was at Bathurst 1000 last year where a double DNF cost them dearly, relegating them to the bottom of pit lane after Team Sydney jumped them in the 2020 standings.

Goddard crashed out late in the 1000, while then co-driver Kostecki had found the wall in qualifying earlier that weekend.

The 21-year-olds learnt from their past mistakes yesterday, mustering mature performances to capitalise on the misfortune of rivals.

“Our target was reliability and our cars have run flawlessly,” said MSR boss Matt Stone.

“Being in that midfield is definitely a good feeling and to have the boys one on top of the other in 12th and 13th, it makes it pretty solid and pretty competitive between the two of them.

“So definitely a great start to the year, the start we were looking for.

“It was here last year that really cost us being the last team in pit lane, having two DNFs at the biggest points race of the year.

“So it’s good to come out here when there’s only two races this weekend so they’re worth big points and get two cars banking solid points to really kick off the year.

“We’ve been very tentative because both of them ended in the concrete last year, so they’ve been building up to it and now they’ve got some solid miles and solid confidence, hopefully we can go out in [Sunday] qualifying and take another step up.”

Stone admitted qualifying continues to be a weakness for the Yatala squad.

“We feel that our race pace is pretty solid and that was definitely a strength of ours so far this weekend… but we definitely need to work on our qualifying,” he added.

The second qualifying session of the 2021 season will take place from 10:05 AEDT today at Mount Panorama.