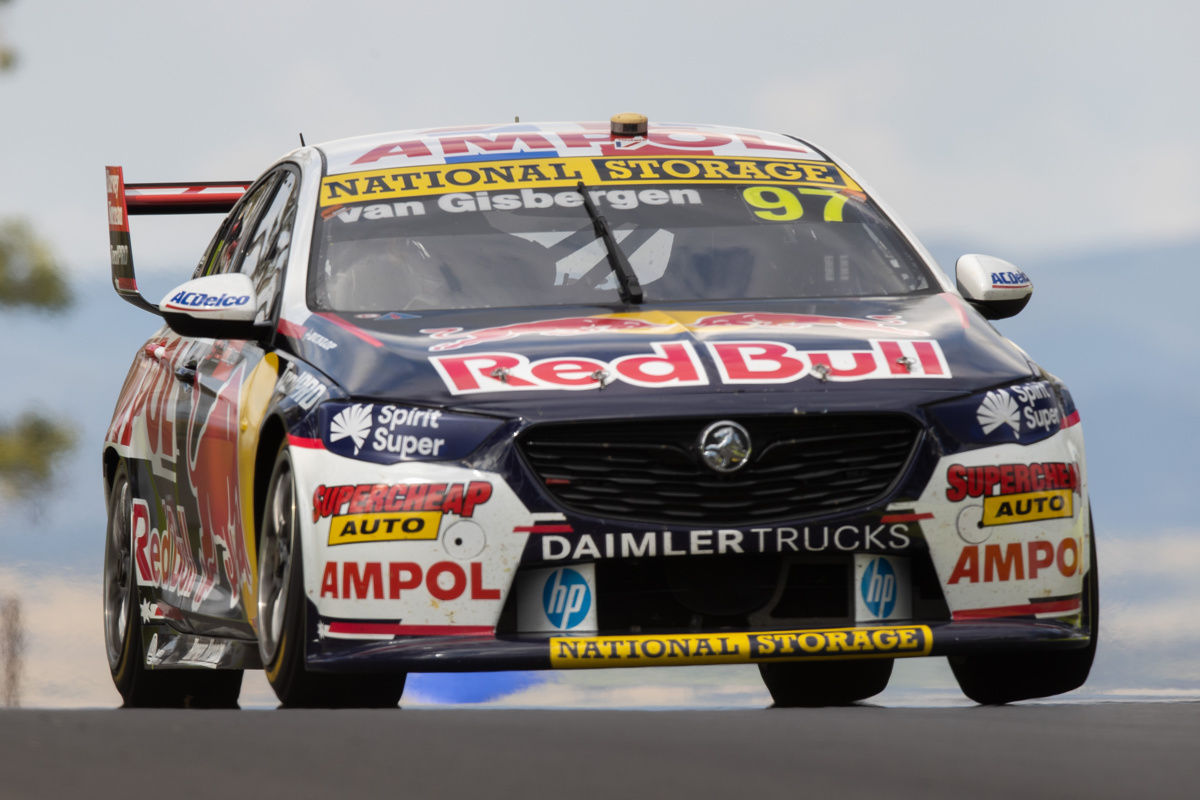 Shane van Gisbergen has explained how his turnaround from practice to a first-up race win was in no small part down to coming to terms with a new dashboard specification.

Drivers are this year having to contend with having less information at their fingertips due to new restrictions on data display, which are understood to have been driven, at least in part, by the motivation of reducing the workload on data engineers.

In any event, there is less prompting about items such as rollbar adjustments, and drivers no longer see wheelspin lights.

Furthermore, lock-up lights are now one-stage only rather than two-stage, meaning small lock-ups will trigger lights but not larger ones, placing a greater emphasis on seat-of-the-pants feel.

Van Gisbergen was only eighth in Friday practice after a not especially tidy showing in the latter session, but would go on to qualify third in the next afternoon’s Top 10 Shootout.

He converted that starting berth into a comprehensive victory, if also a slightly fortunate one given early leader Cameron Waters’ power steering problem, in Race 1 at the Repco Mount Panorama 500.

Asked post-race about how much work went into his Red Bull Ampol Racing entry leading up to that encounter, van Gisbergen admitted that the gains were more in the driver’s seat.

“Not much [work] to the car but plenty to the driver,” responded van Gisbergen.

“I kept making little mistakes and there’s a few little differences or niceties that we don’t have any more in the dash, with the lock-up lights and stuff.

“We’re only allowed one-stage instead of two- and the pre-lock light comes on and I’m just not reacting in the right way, so [I am] just adjusting the mind and getting used to what we have now.

“It is what it is, but certainly this morning I was putting the laps together and feeling much better in the car and the set-up wasn’t much changed; it was all in me.

“Still getting better,” he added about how well he has adjusted so far.

“There’s still some things we don’t have, but it’s been awesome with [engineer David] Cauchi just learning and trying to get the right things out of the car, and the team’s doing a really good job.

Van Gisbergen might have been higher on the practice timesheets had he not locked up and run off the road at The Chase having been personal best to the second sector in the latter minutes of Friday’s proceedings.

The 2020 Bathurst 1000 winner explained that he has to modify his driving style given that he is now getting less feedback from the dashboard.

“Braking, I was struggling with, and knowing when the wheel was locked,” said van Gisbergen.

“I kept coming into a corner and I’d normally like to have the lock-up light on a little bit as I turn in, and I kept turning in and having understeer and look in the mirror and I’ve got a bushfire behind me, and wondering what was happening.

“So, it’s just adjusting to those things and learning what the limit is, [but] I’ll get better at it.”

Less difficult for van Gisbergen to get used to was his new engineer.

Cauchi has been moved over from Jamie Whincup’s entry after the departure of Grant McPherson, but is already a familiar figure to #97 given his seven-year stint on Car #88 began two years before van Gisbergen arrived at Triple Eight Race Engineering.

“It’s good,” said the 2016 champion after their first race together.

“Nothing’s really changed off the track; it’s just the voice you hear on the radio now.

“We’ve sort of talked so much about the car together anyway, and we sort of know what we’re talking about [to each other], but the info we were getting throughout that race is all I needed.

“Like, in that middle stint, I needed to put six seconds on Chaz [Mostert] and he gave me that info ‘til it was like eight seconds and then we didn’t need to worry any more, and then it was just about keeping consistent.

“Yeah, all the info I needed and, it’s just a different voice on the radio, really.”

Van Gisbergen leads the championship by 12 points over Mostert ahead of Qualifying for Race 2 at 10:05 local time/AEDT, followed by a Top 10 Shootout in the early afternoon.