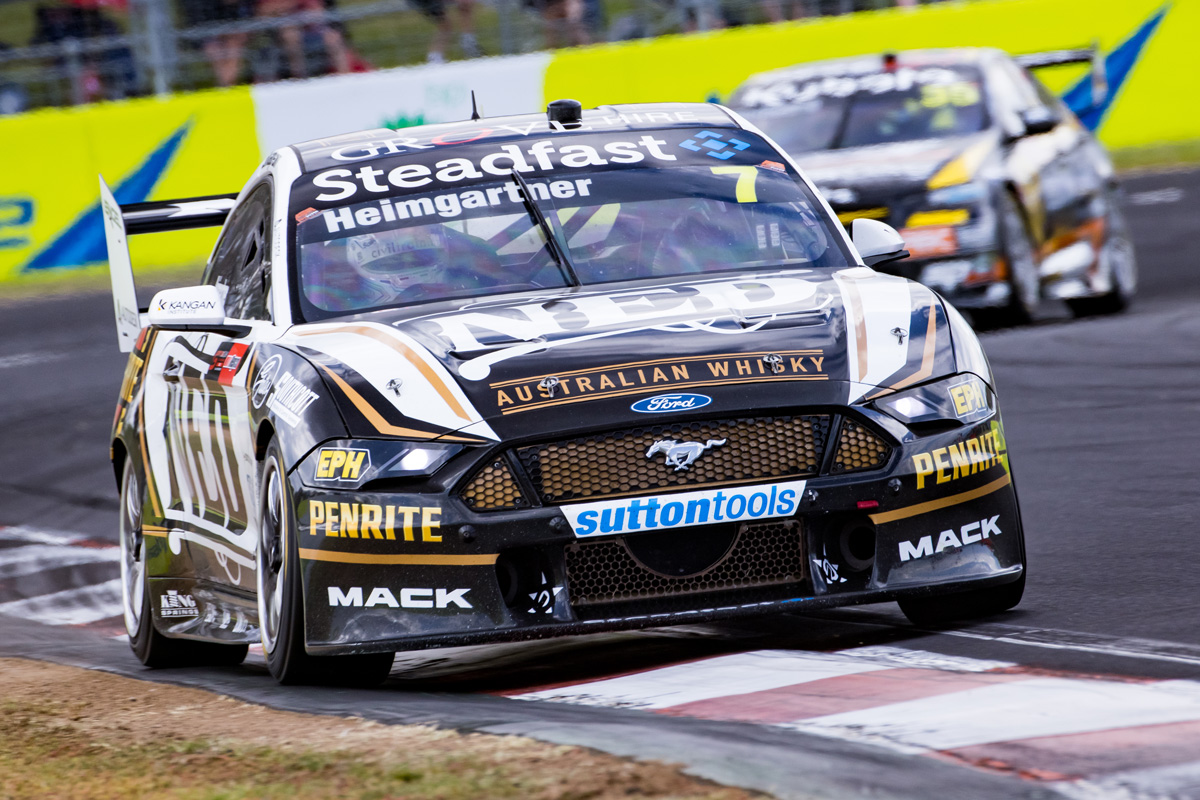 The Ned Racing driver made it into the shootout at the Repco Mount Panorama 500 courtesy of setting the 10th fastest time just behind team-mate David Reynolds.

It’s an improvement on the team’s performance from Saturday when Reynolds qualified 13th while Heimgartner was 14th.

While it’s a positive start to Sunday’s proceedings, Heimgartner said the team is still suffering set-up issues with its Ford Mustang.

“The cars still aren’t really where we need them and I think this round is just about getting through,” Heimgartner told Speedcafe.com.

“We’ve got a lot of new things we have identified this weekend that we need to work on going forward and unfortunately we won’t be able to do that until we’re back in the shop.

“Fast cars are always made in the shop, not at the track, so we’ve got a bit of work.

“Very happy, two cars in the shootout first time for a while for this team. It’s positive, good steps forward, good vibe in the team, it’s all positive.”

“We have the same tools as everyone else; we should be better than what we are but at least we’re able to be in and amongst it today,” he added.

“Unfortunately I made a mistake yesterday that affected the race result but looking forward to a good clean day today.”

Heimgartner’s results seesawed from event to event for much of the 2020 season.

Evidence of that was the first event at The Bend Motorsport Park where the Kiwi recorded a podium and two further top 10 finishes, only a week later twice finishing outside the top 10.

Heimgartner said the team hasn’t gotten on top of its set-up sensitivity.

“We’re back in that frustrating zone that we had last year just with how the car is handling; it being so sensitive to being in and out of some kind of window,” said Heimgartner.

“We still haven’t found the right window yet for this track and this car. It’s been frustrating so far but as I said we just need to get through this weekend.”